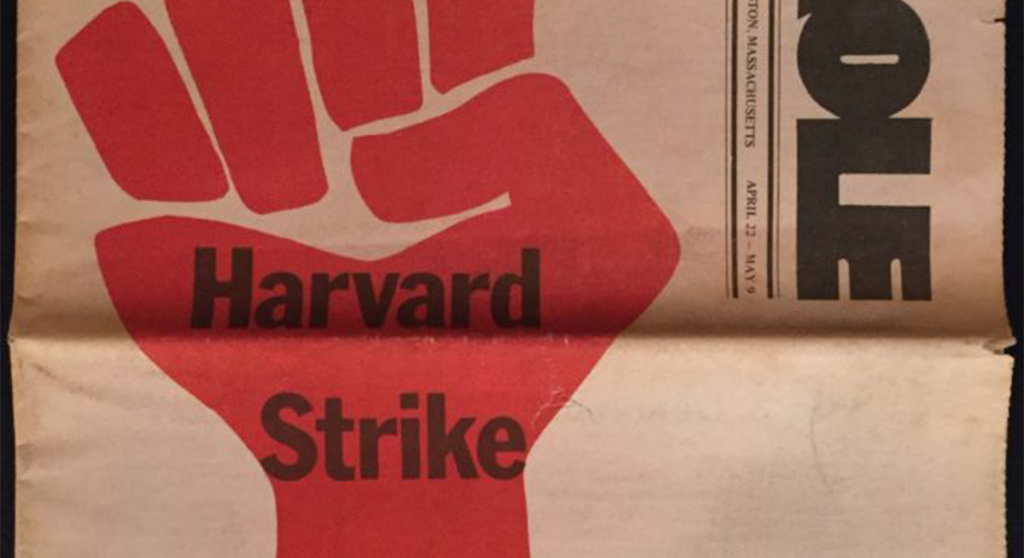 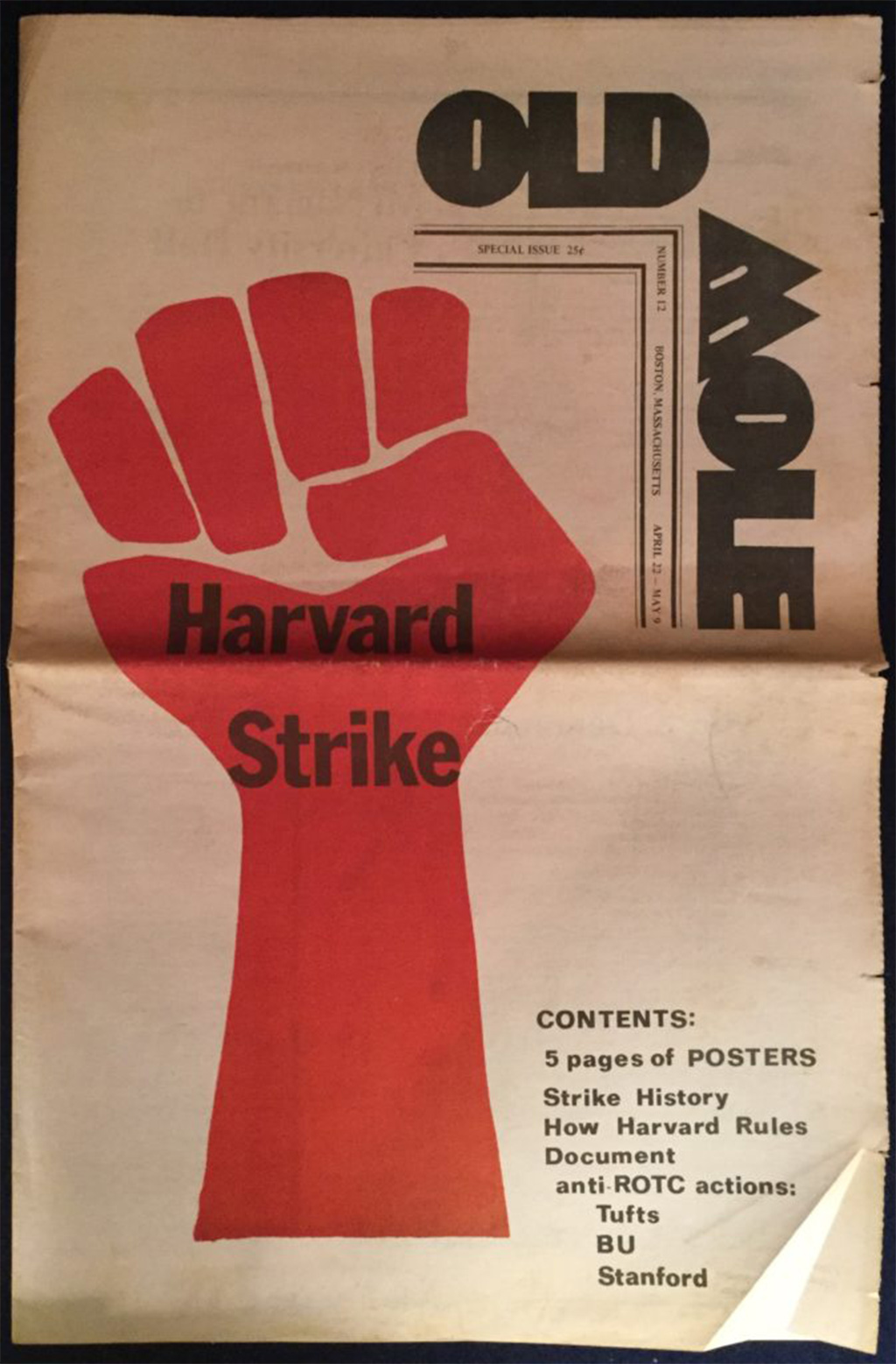 This 1969 booklet contained an in-depth look at Harvard’s expansion and challenged the university’s power.

In Cambridge, as in the rest of America, the late 1960s was a period of unrest and upheaval. A couple of years ago, with the theme, “How Does Cambridge Engage?” the Historical Society looked back 50 years to the spring of 1969 for some answers. 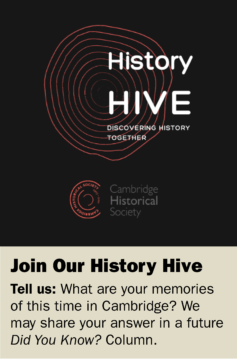 The events of April 8-10, 1969, were a response to the Vietnam War and the social and political tensions it sparked. The year had already been marked by protests seeking to eliminate the ROTC program from Harvard’s campus. Many opponents of the Reserve Officers’ Training Corps also rallied around the cause of protecting the working-class sections of Cambridge and Boston from the university’s expansion efforts, and under the leadership of Students for a Democratic Society this coalition issued a list of demands to the Harvard administration. This three-day period initiated an eight-day strike and two mass meetings in Harvard Stadium.

April 8: The Harvard chapter of the Students for a Democratic Society issue demands by pinning a list to the door of Harvard University president Nathan M. Pusey’s home. Central among those demands: Abolish the ROTC and stop Harvard’s expansion.

April 10, early morning: At the request of Pusey, Cambridge police officers and Massachusetts state troopers forcibly evict the students.  More than 100 protesters are arrested and charged with trespassing. Although Harvard requested that criminal charges against the protesters be dropped, 35 were charged with criminal trespass. In addition, the university expels 26 students for involvement in the protests.

Activists of the 1960s and today talked at Cambridge Day’s “Radical” event July 29, 2017, as captured by CCTV. Click here to watch.

April 14: More than 10,000 students and faculty attend a meeting at Harvard Stadium to discuss opposition to the administration’s disciplinary action of student protesters, as well as a boycott of classes.

April 17: Approximately 5,000 protesters meet at Harvard Stadium and vote in a ratio of 2-to-1 to suspend the strike in light of the administration’s proposed concessions.

The protests resulted in the Faculty of Arts and Sciences’ decision to relegate ROTC to an extracurricular. Over the next few years, the program was phased out completely. It would not return to Harvard until after the Vietnam War.

After amending its list of demands, the SDS’ efforts led to the creation of a student position in the appointments of a newly established Afro-American Studies department.