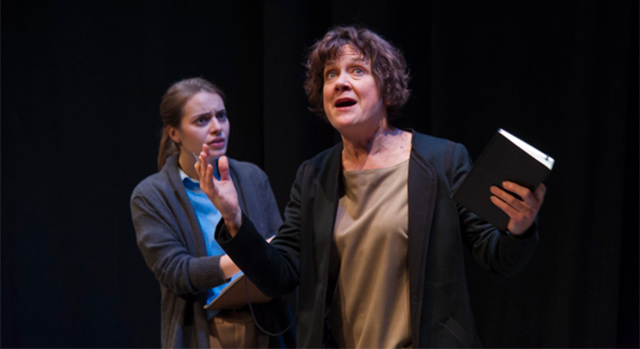 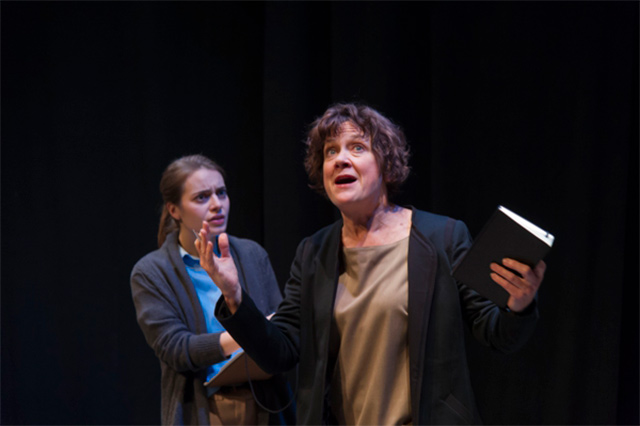 Debra Wise in “Chosen Child” in 2014; she features in “A Good Mother” Thursday through the Central Square Theater. (Photo: Kalman Zabarsky)

The Boston Theater Marathon XXIII: Special Zoom Edition – free, 10-minute plays by New England playwrights in collaboration with New England theaters – has been going on since April 1 and runs through May 28, but Thursday brings The Underground Railway at Central Square Theater’s contribution: “A Good Mother” by Alan Brody, directed by Benny Sato Ambush and featuring Debra Wise. In the play, a mother struggles with grief and guilt about the choices she made that affected her gifted son.

“A Good Mother” screens at noon Thursday. Just go to bu.edu/bpt/ and join the Zoom by clicking the “purchase tickets” button.

Viewers who like what they see can follow up Friday with the American Repertory Theater’s “Your Favorite” by Ken Green, directed by Christine Noah and featuring Joshua Wolf Coleman and Robert D. Murphy. In this play from the Harvard theater company, an overly enthusiastic museum visitor chats up a stoic guard about his art preferences.

The 50 plays in the marathon were chosen from more than 400 entries from New England playwrights.

Though the Zoom shows are free, audiences are encouraged to lend their support to area theater companies and to the Theatre Community Benevolent Fund, which provides financial support to theaters and theater artists in times of need.