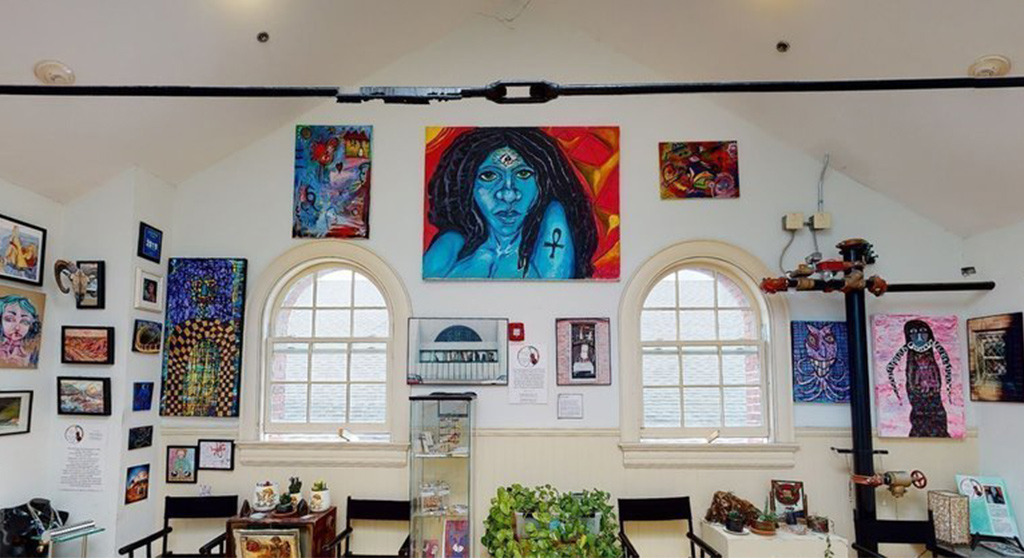 The arts organizations at Somerville’s Armory Building are in limbo, stuck between two owners and worrying about their futures. The city’s executive director of community development says they should not worry.

The building was approved for a $5 million eminent domain land taking May 13 by Somerville’s City Council, which wants to preserve it as a community arts facility. City and tenant representatives say the Armory’s owners had been talking about voiding its special permit and ending the arts use by bringing in a tech company or other non-arts business as a tenant.

Those owners are the Sater family, who own The Middle East nightclub complex in Cambridge’s Central Square. The family bought the armory from the state in April 2004 for $2.6 million.

But that’s not the only Cambridge connection, where rising rents have forced out arts organizations and nonprofits and made the Armory increasingly important as a cultural destination. The massive structure at 191 Highland Ave. also hosts The Out of the Blue Art Gallery, which had a 21-year run in Cambridge. Its Dead Moon Audio does engineering for Cantabrigian JJ Gonson’s virtual Once Somerville shows, and also in the building are Yesterday Service Sheet Music, the Acoustic Strings of New England rental service, the poetry-focused Červená Barva Press, the Center for Arabic Culture and more.

Not the owners yet

“I don’t want people to be scared out of here. There’s a lot of fear and anxiety from the people I love here, and I don’t want them to lose their homes,” Out of the Blue’s Parama Chattopadhyay said Tuesday, explaining the uncertainty faced by those tenants and the nonprofit Center for Arts at the Armory, which programs the building’s main hall and cafe.

Somerville city staff has been spotted in the building and are “working fast,” and an arts official said they would be “looking at leases,” Chattopadhyay said. But they haven’t come to talk with Armory tenants. She has even launched an online petition to protect current tenants and ask “why we are being kept out of the loop.”

There’s a good reason city officials haven’t come to talk: Somerville doesn’t own the building yet.

For a change in ownership, the law allows 30 days to file a deed with the Middlesex County registry starting with the council vote. The filing hasn’t happened and it’s not certain when it will, said George Proakis, executive director of community development for Somerville, on Thursday. The city has 60 days after filing to make a “pro tanto” payment for the $5 million it promises to give the Saters as compensation for the property. Though the Saters may choose to challenge the taking, the city can act as owner in the meantime after filing a deed.

The Saters haven’t signaled a fight yet. “They have not reached out to me, and I’m not aware of anyone at City Hall that has had direct contact with them” since the council vote, Proakis said.

A voice mail was left Sunday with the Sater family seeking comment.

“It’s our goal to make it work”

Somerville has an on-call consultant that may begin the process within days of going in to learn formally about the Armory and its tenants: who they are and what kind of leases they have. Officials called it a baseline step to take as new landlords.

“There’s incredibly interesting things going on in the Armory, and there’s no interest in changing the nature of that. Our goal is to figure out how to make that thrive,” Proakis said. “We have to figure out some operational issues, and I want to work with the tenants on that. [But] it’s not our goal to dismantle the building. It’s our goal to make it work.”

All Armory tenants are solvent and up to date on their rents, Chattopadhyay said, and there is available space in the building that the new owners could fill with more organizations. Neighbors have had a couple of recent noise complaints, and unsettled tenants are worrying this could be used as an excuse to clear out some occupants and bring in others. (There is still a moratorium on evictions in Somerville, as in Cambridge. In a worst-case scenario, the earliest a tenant might have to leave is Aug. 15, or 60 days after Massachusetts’ state of emergency expires.)

Noise complaints might have to be seen through the lens of incomplete soundproofing, which city officials understand is “mostly done” after the work was requested in 2012.

“The other conversations to engage in are with the immediate neighbors” who might have complaints, Proakis said. “Were trying to make that all work the best we can.”