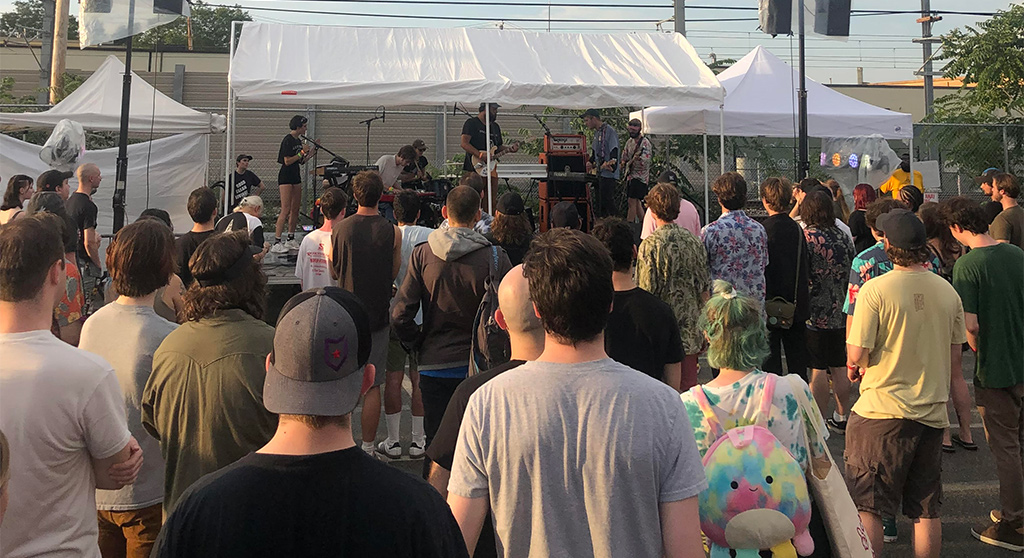 A whole day of high-quality local music and art. Nice!
By Lukas Harnisch 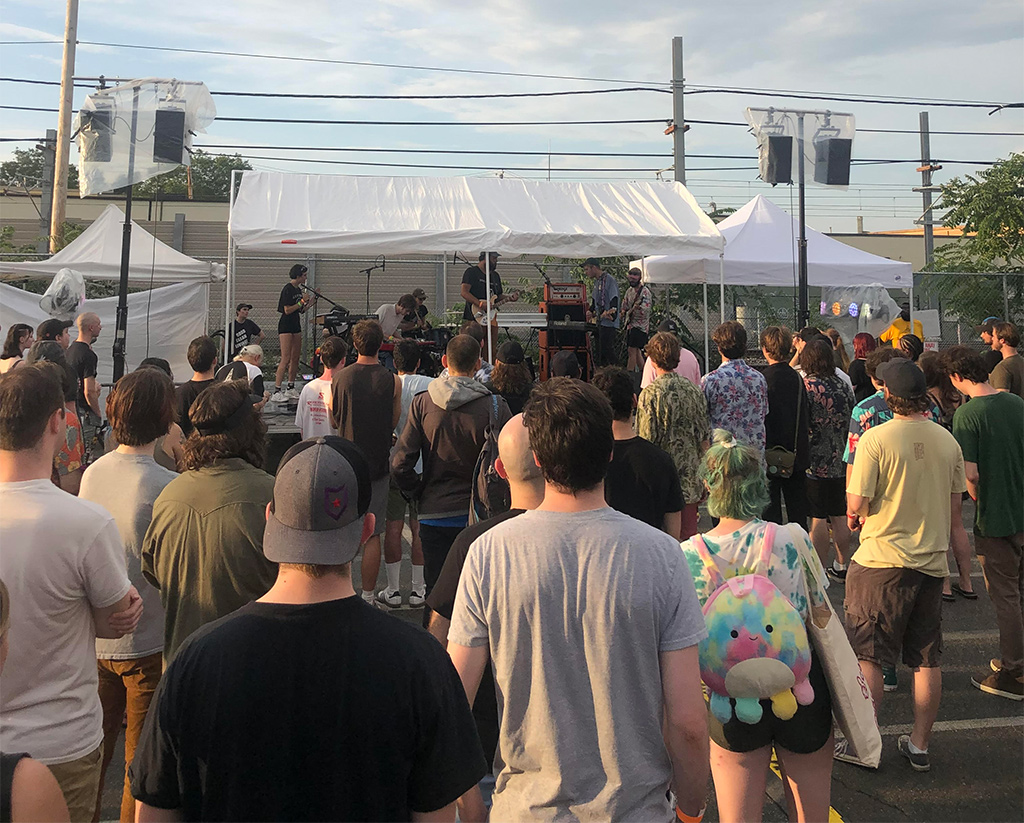 Live music returns to Once Somerville at Boynton Yards near Inman Square. (Photo: Once)

Somerville and Cambridge celebrate the return of live music with an all-local Saturday music festival cutely titled Nice, A Fest. “It’s just like, ‘Nice, we’re having a festival,’ or ‘Nice, we get to do this again,’’’ said Alex Pickert, who organized and booked the event for Once Somerville at its new, outdoor venue at Boynton Yards, 101 South St., in Somerville near Inman Square. The name reflects Pickert’s desire to host something with a friendly, laid-back vibe. “We have such an awesome local arts community. I just wanted to bring out my favorite bands, invite some friends, and finally hear them live again.”

The lineup boasts an impressive roster of promising Boston-area musicians, some playing live for the first time and many celebrating a return to live music as much as, if not more than, you. “I know emotions are going to be high. A lot of these artists are going to be elated to finally be playing live again,” Pickert said.

The music will be accompanied by various local vendors, including Watertown’s Wanna Hear it Records peddling vinyl and Guerilla Cowboy, an independent, woman-owned art and apparel shop. Food will be served by the likes of Bombay Brunch. Beer and wine will be served from Once’s shipping container bar. Doors open at noon, music starts at 1 p.m. and runs to midnight, with set times posted the day of the event. Tickets are $20. Nice!

This is an unrivaled opportunity to get familiar with local artists and rub elbows with neighborhood music and art enthusiasts. Here are the acts you can look forward to catching. 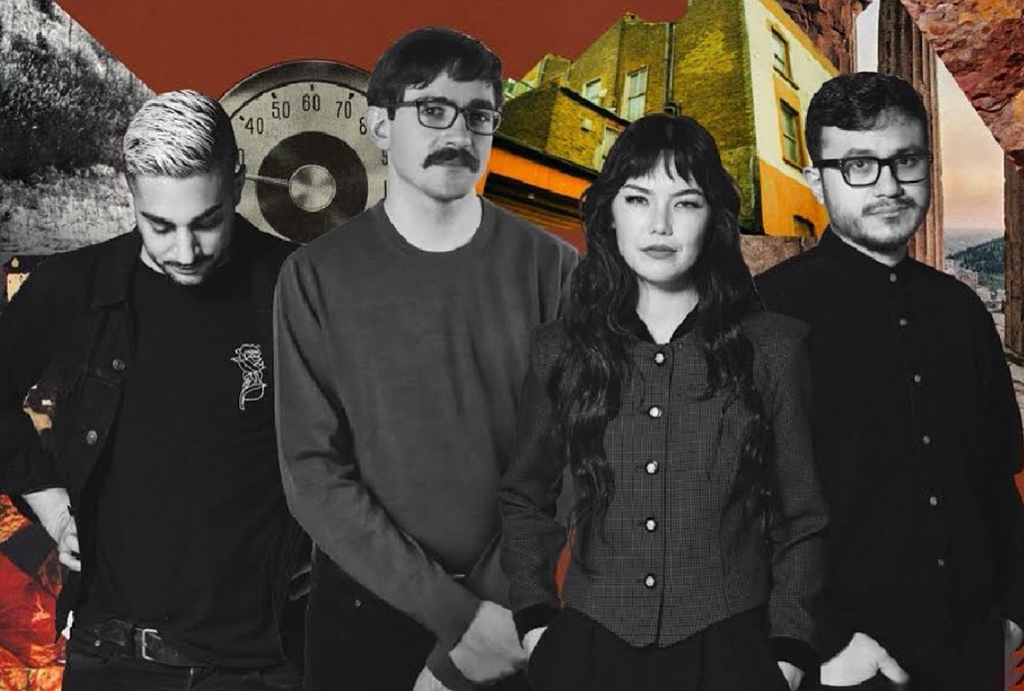 Really From are a group of four Berklee grads (Chris Lee-Rodriguez, Michi Tassey, Matt Hull and Sander Bryce) whose music is always shifting and hard to categorize. On their latest self-titled project they pull from everything from post-punk, indie and jazz fusion to electronica and emo. The album, which came out this year, is a lushly and meticulously orchestrated exploration on place, identity and race born out of the feelings that came with being asked “Where are you really from?” Every track brings something new, from groovy synths and soaring trumpets on the back end of “Apartment Song” to the driving power chords and angsty vocals on “I’m From Here.” It will be a treat to hear these new tracks played live. 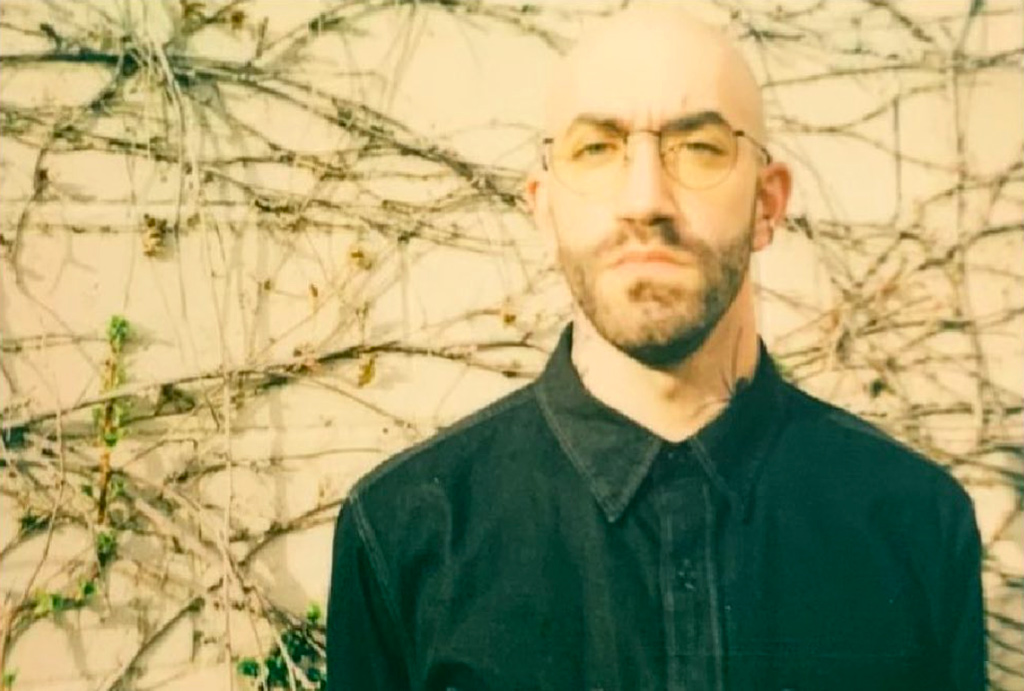 The Infinity Ring has a gothic take on folk music at once entrancingly unique and eerily familiar. The spoken, almost whispered, vocals evoke a brooding, dejected and downtrodden Leonard Cohen. “Remind me of what it is to love, remind me what it is to last,” the lyrics plead on “Gift of Love,” and “Temptress” haunts with its images of hollowing bodies from the inside, knives, rotten fruit, leeches and the refrain “Passing through the mother and the womb, then come to see that I am all yours and you are all mine.” They are backed by driving acoustic guitars, hand percussion and the whine of a distant, mourning violin that sends otherworldly shivers down the spine. 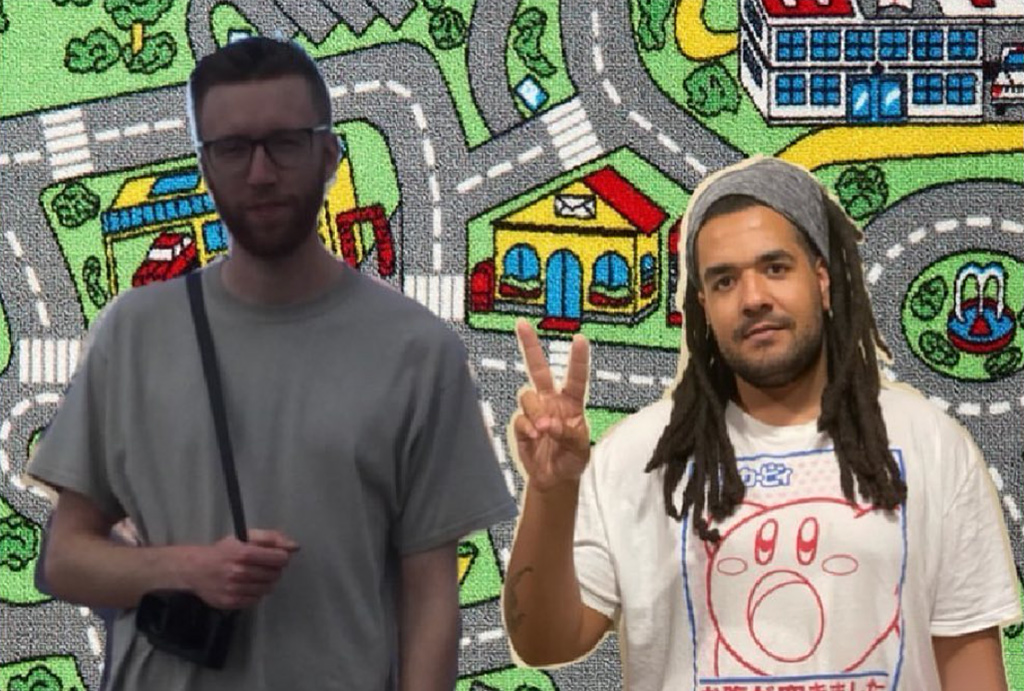 First Passionate Frisbee Club is a new indie project from underground rap phenom Dev Bee (aka Pink Navel). Its demos are reminiscent of Daniel Johnston with their stripped-back acoustic instrumentals featuring what sounds like a toy Casio keyboard and rickety, boyish vocals. Dev sings with raw emotion about what they learned at summer camp, Roger Rabbit and transporting data. It’s consistently been one of the most creative and underrated area rap acts, and to witness them step into this new musical space will be an honor. 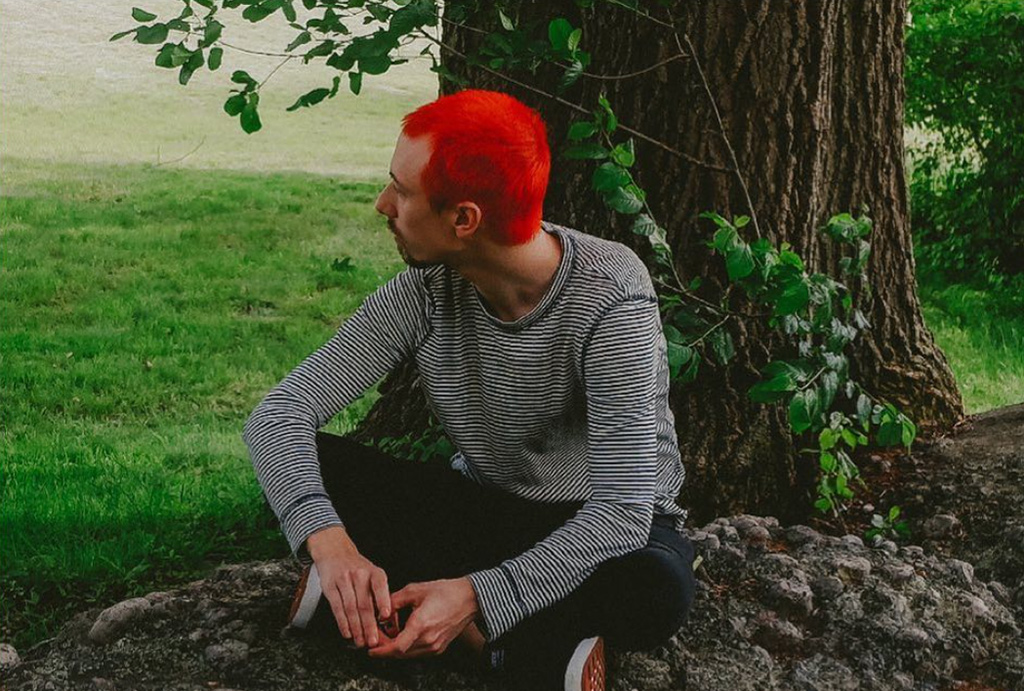 Jesus The Dinosaur plays lo-fi indie folk like a warm embrace that lingers long after it ends. Plodding bass lines and campfire acoustic guitar accompany gentle, harmonized vocals. On “Cigarettes” he sings about his mother’s depression and how he found her cigarettes in the bathroom and flushed them down the drain. On “Windowsill” he reminisces about his childhood bunk bed and listening to Harry Potter on cassette with the walkman velcroed to the slats before going to sleep. These simple stories and the confessional tone with which they are told are extremely endearing, a perfect reminder of the beauty in simplicity. 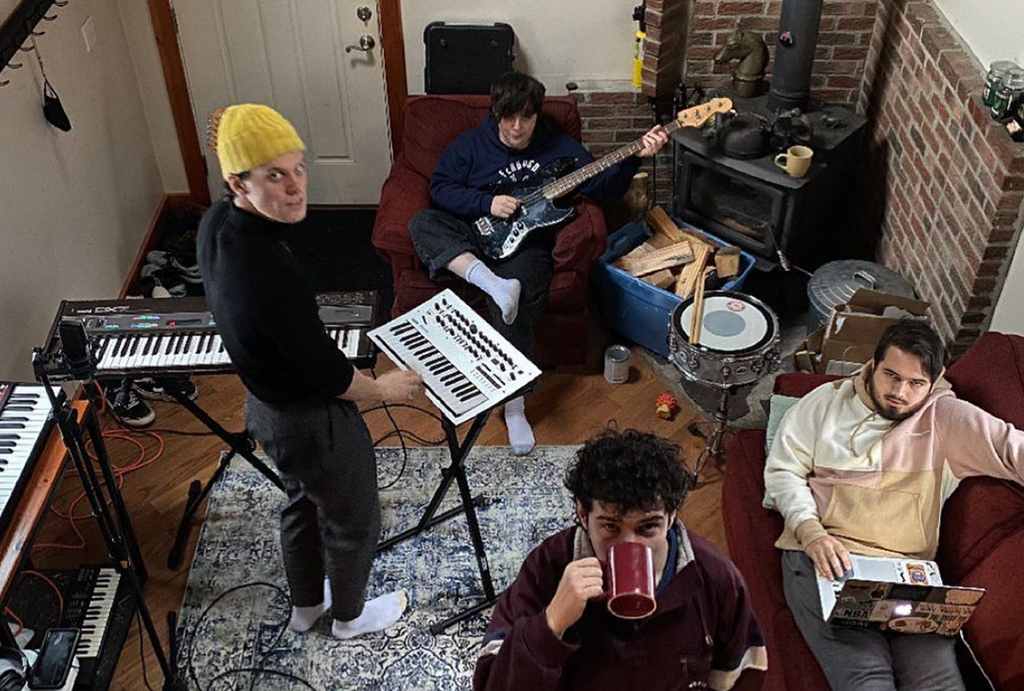 Bowling Shoes make indie-garage rock that shifts seamlessly between thoughtful grooving verses and powerful head-bobbing choruses. Their breakout hit “Portland” is a perfect encapsulation: It’s about saying “screw it” and making the long drive to the eponymous city to escape a spiraling descent into typical bad habits. Vocals sync up rhythmically with plucky, laid-back electric guitar until everything climaxes into fiery riffs and a drummer just going crazy all over the set. Get ready to dance when these boys get on stage. 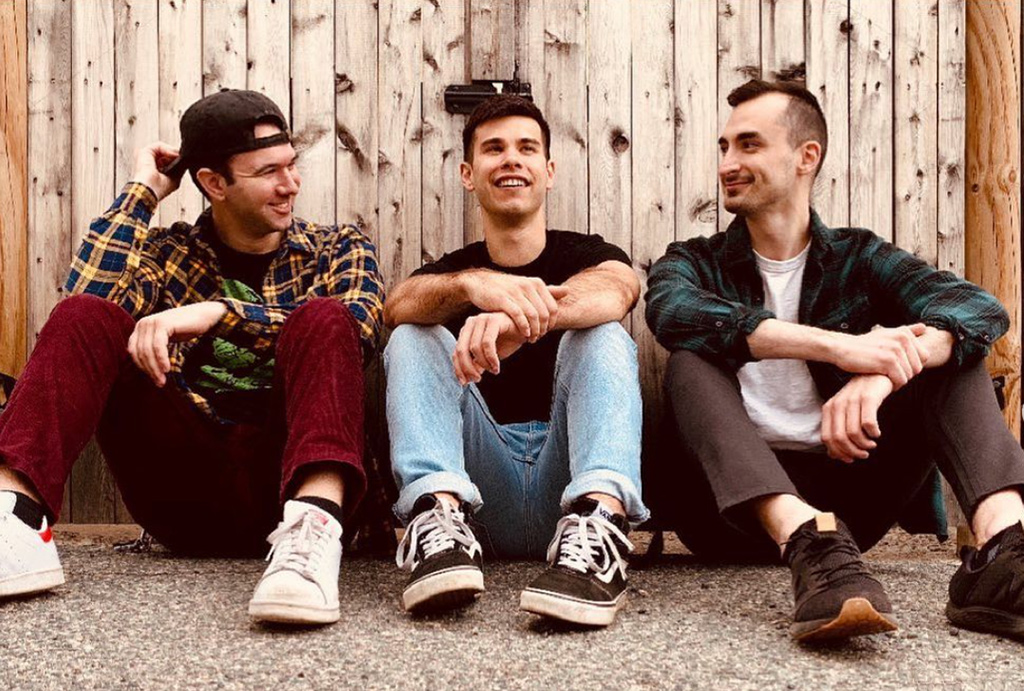 Pet Fox balances pop sensibilities with a tendency to get loud and distorted. At times it sounds as shoegazey as My Bloody Valentine, at other times as crystal clear and catchy as an early MGMT song. Listening to Pet Fox keeps you on the edge of your seat; you can never be sure it won’t burst into a euphoric cacophony of loud, washed-out guitar as on the end of “Take Note” or during the choruses of “Imagine Why.” I’m looking forward to damaging my hearing during the set. 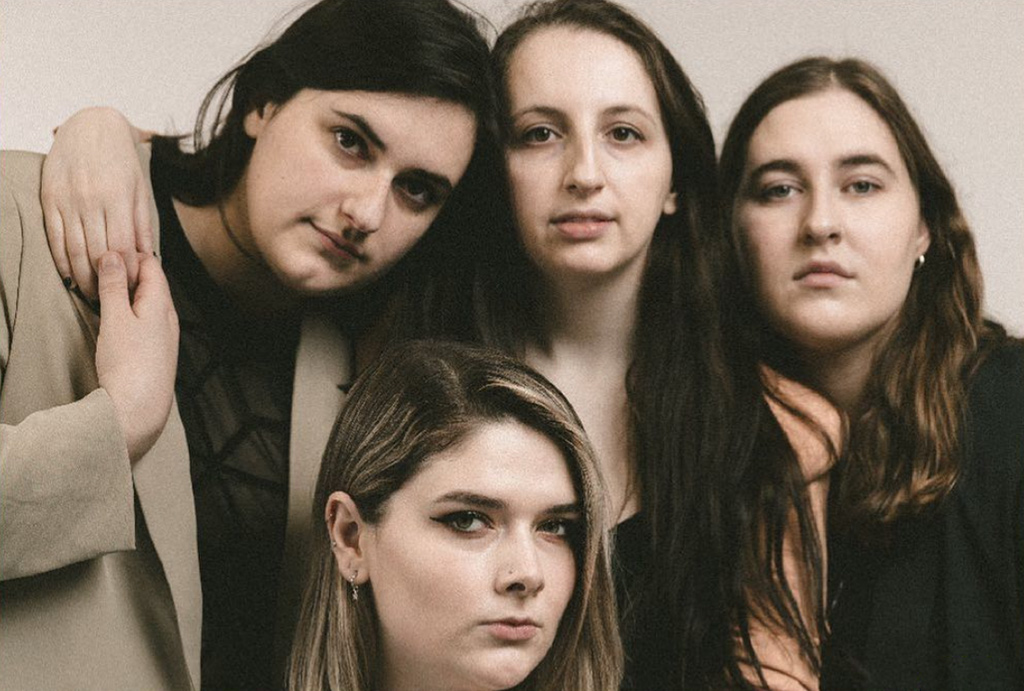 Shallow Pools serve up women-led fist-pumping pop that hearkens back to the ’80s. Their tracks feature soaring synths and driving drums sure to get Camberville moving. 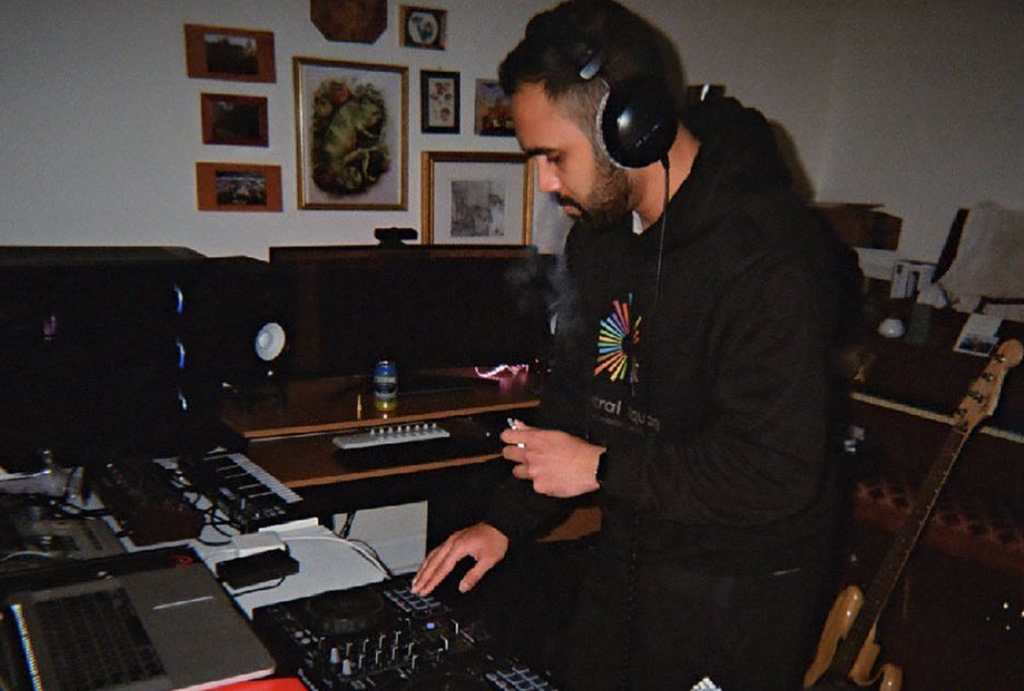 Mercet is a side project of ex-Really From band member Sai, who decided during the pandemic to hunker down at his home studio and create meditative and organic electronica. At times his music is ambient and ethereal, at others it is head-noddingly rhythmic, and it’s always beautiful. This will be his first time playing live under the Mercet moniker. 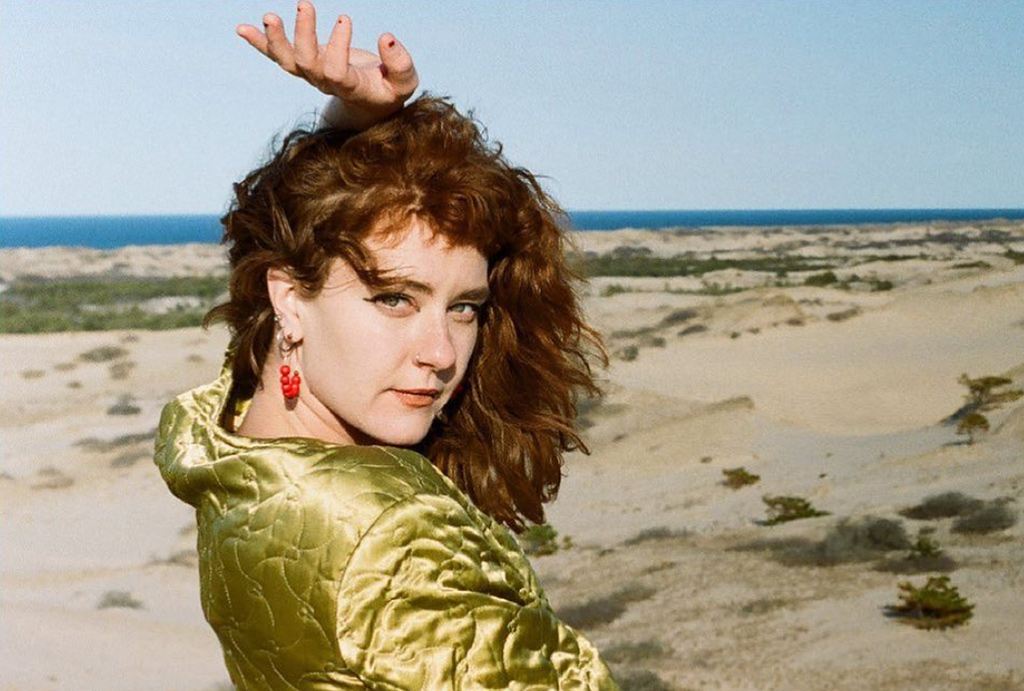 Lady Pills is a three-piece indie rock outfit that also came out of Berklee. Their music is characterized by distinct, elastic and emotive lead vocals from Ella Boissonnault, whose delivery and lyrics are deliciously rebellious and dry. “I don’t want another invitation to another one of your pity parties. They’re boring,” she sings on “Daddy Warbucks.” 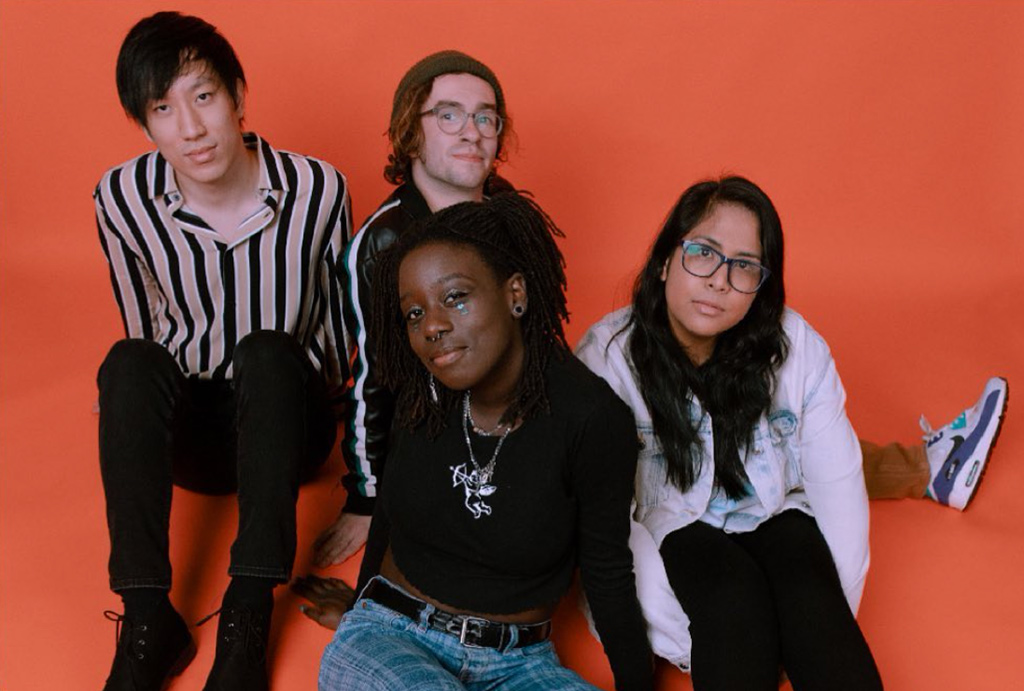 Mint Green embodies a contemporary Hayley Williams, summery indie pop that is at once melodramatic and blissfully upbeat. 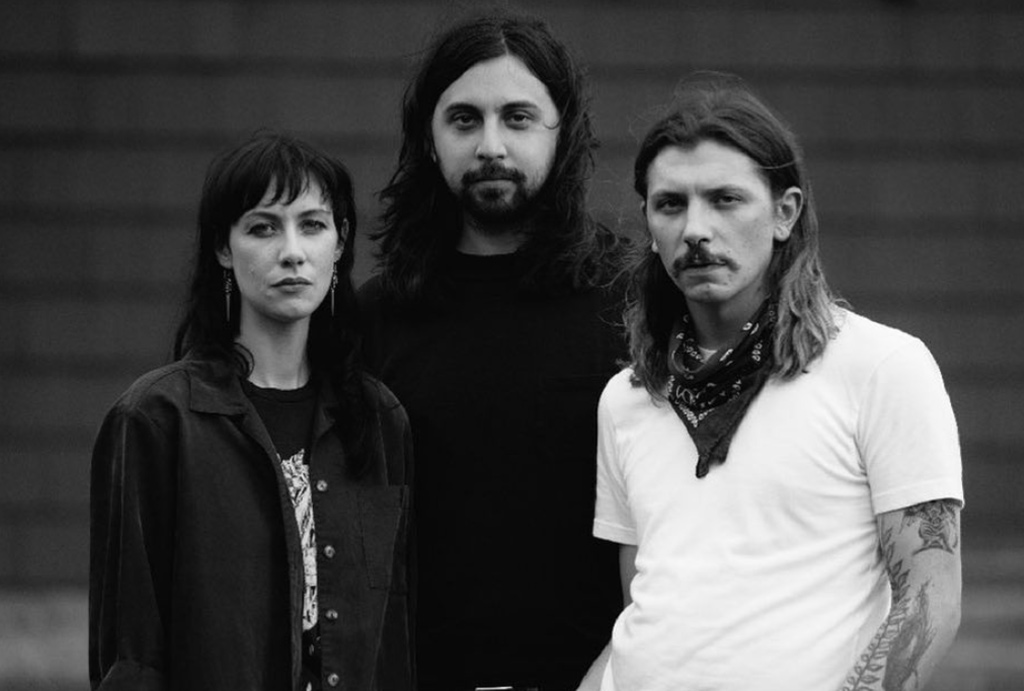 Kira McSpice is not for the faint of heart, and certainly stands out in this crowd. Her noise rock is oppressively heavy, sludgy, and harrowing, with vocals shifting incessantly between angelic and nails-on-chalk screeching. Will Ponturo almost sounds like he’s beating up his guitar rather than playing it – in a good way. The sounds the two elicit together could have come straight from the underworld, and they are complemented perfectly by Jack Whelan, who is just all out wailing on his drum set.