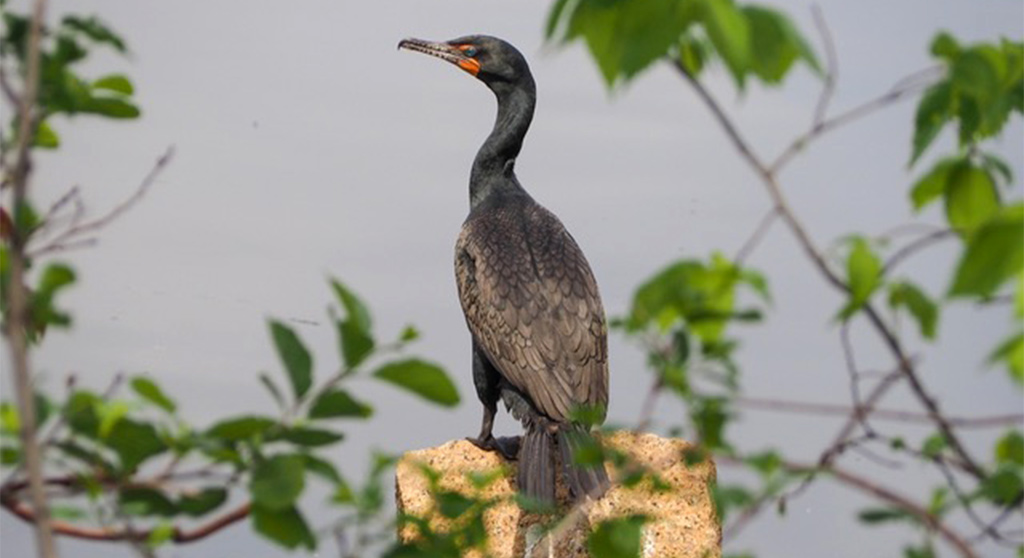 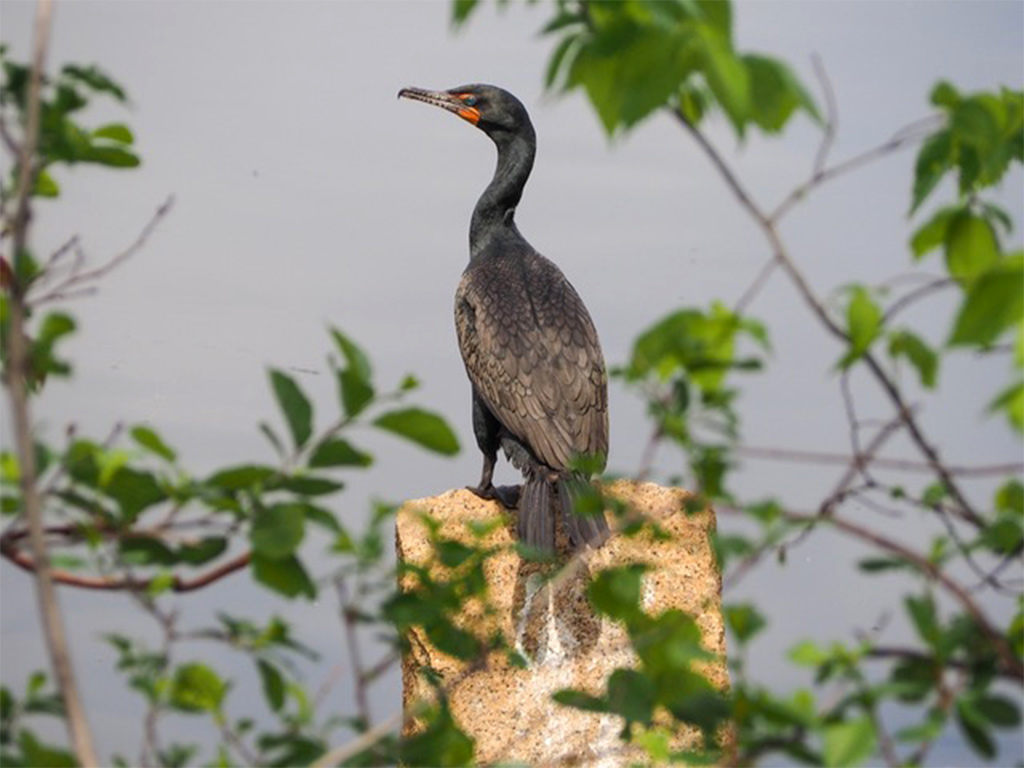 A double-crested cormorant suns itself along the Mystic River. (Photo: Jeanine Farley)

In the Mystic River and Mystic Lakes, you might spot a fairly large, gangly black bird with a long, kinky neck. Perhaps just its head and neck can be seen bobbing along while it searches for fish. This is the double-crested cormorant, a heavy bird that swims low in the water. When a cormorant dives, it propels itself with its feet, staying underwater for as long as a minute. After diving, it spends more than half its day perched on rocks or outcroppings with wings outstretched, drying off.

The double-crested cormorant eats mostly fish. It especially likes herring, and can be found in great numbers around the Mystic lakes dam (along with bald eagles and herons) when the herring are running. Cormorants can eat such small fish while underwater, but carry larger fish such as bass to the surface, where they maneuver it around with their hooked beak and gulp the prey down, head first. Like owls, cormorants regurgitate pellets that contain undigested bits such as bones.

Double-crested cormorants may seem to be matte black or brownish, but up close they are remarkably colorful. They have orange skin on the face and striking blue eyes – and if you could peer inside their mouths, you would see that it’s bright blue there, too. The double-crested cormorant gets its name because during breeding season adults sport two tufts of feathers, one above each eye; the rest of the year, these tufts do not appear. 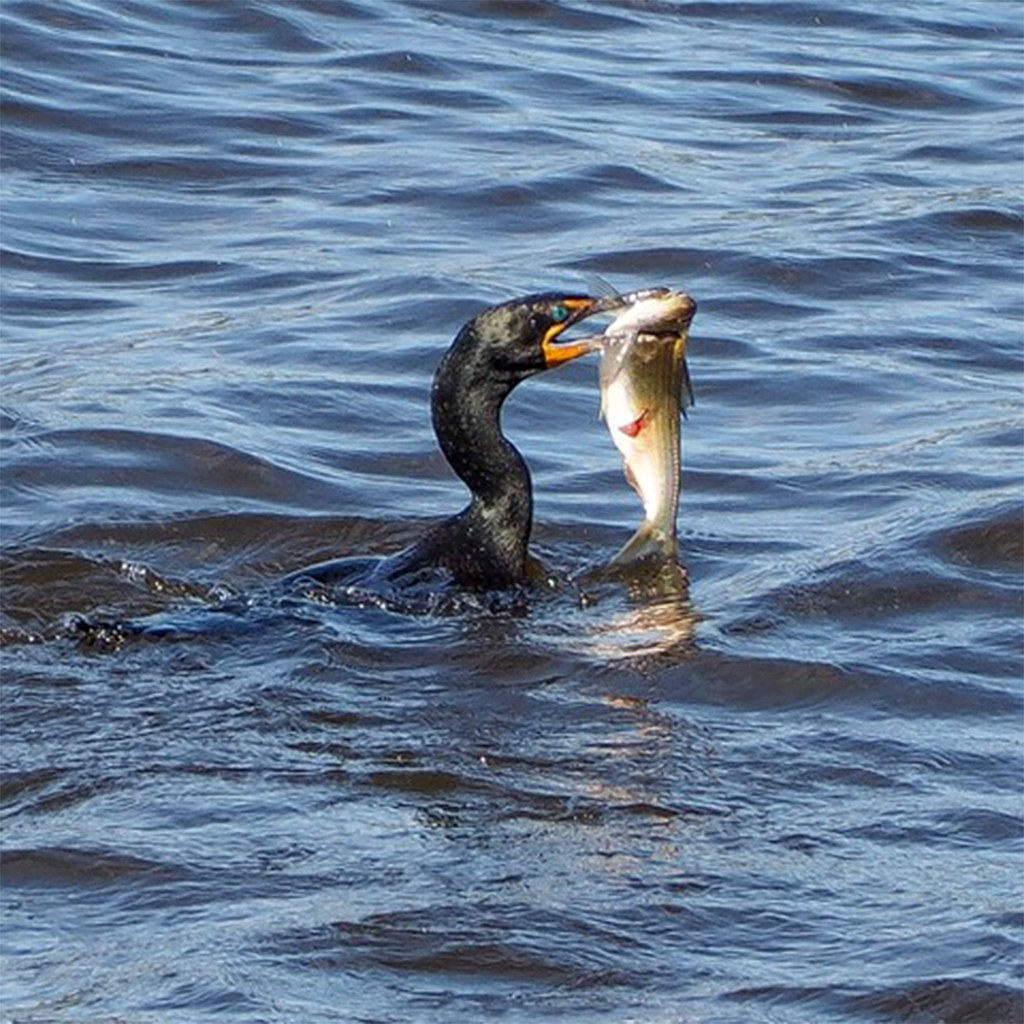 The feathers of cormorants (and many other waterfowl) create a pocket of air called a plastron between the feathers and the skin. These air pockets keep the bird’s skin from getting wet when it is underwater. Scientists at the Massachusetts Institute of Technology have learned recently that when cormorants dive deeper than a few meters, the plastron collapses – and their skin does indeed get wet, and their feathers take on water. As cormorants approach the surface, the reduction in water pressure and the microstructure of their feathers ejects the water from their feathers. Scientists call this “spontaneous dewetting.”

Cormorants perch on rocks and stretch out their wings after diving, perhaps to dry out their skin or to ensure that all of the water has been ejected from their feathers.