No ‘mystery’ behind three closed restaurants, despite hundreds of inquiries, an owner says 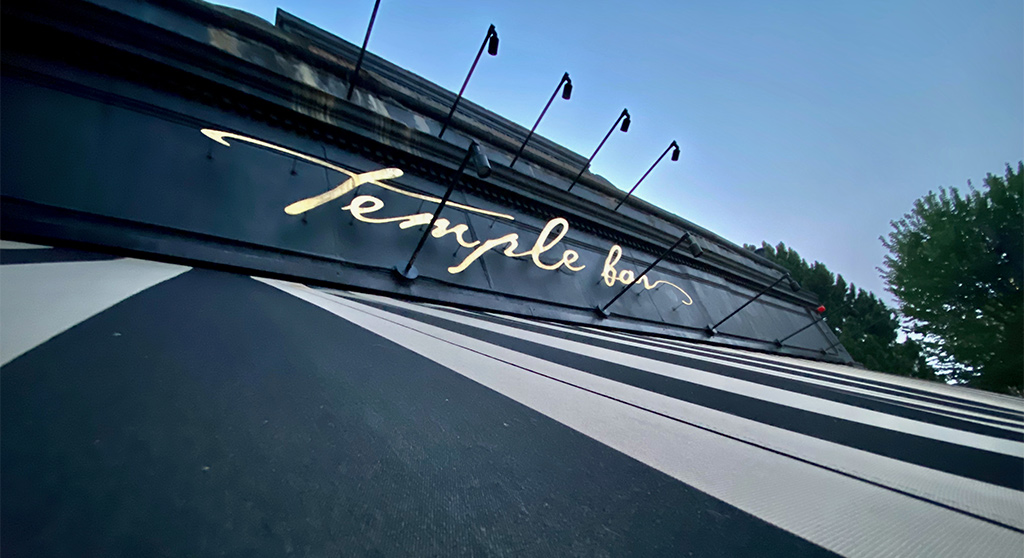 No ‘mystery’ behind three closed restaurants, despite hundreds of inquiries, an owner says

By Marc Levy and Jelena Dragicevic 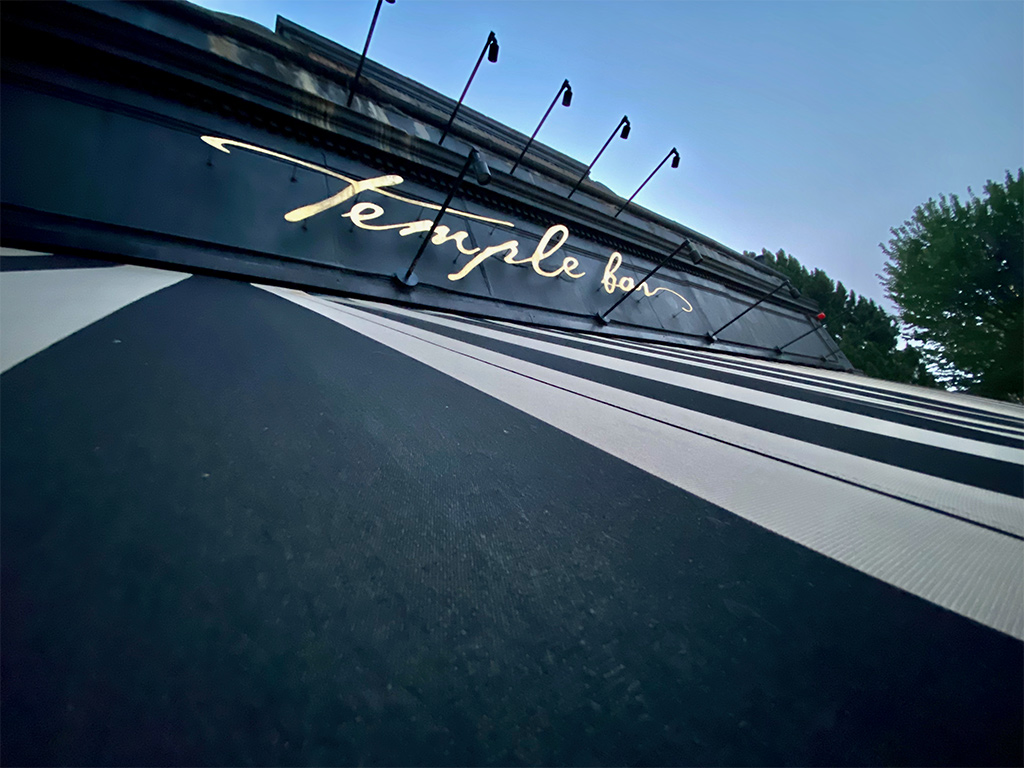 Licensing at the Grafton Group’s Temple Bar is being transferred in some way, city staff say. (Photo: Marc Levy)

A family stood Tuesday in front of Grafton Street Pub & Grill, and none of the seven were happy. The father peered into the darkened windows. His wife and others looked at their phones to figure out the problem, or around Harvard Square to see what else it had to offer – because Grafton Street is closed.

Like the Park Restaurant & Bar, also in Harvard Square, and Temple Bar between Harvard and Porter squares, Grafton Street has been closed since March 17, 2020.

“Hundreds of people have made inquiries” by email about the three restaurants, said Patrick Lee, of the company that owns them, the Grafton Group. 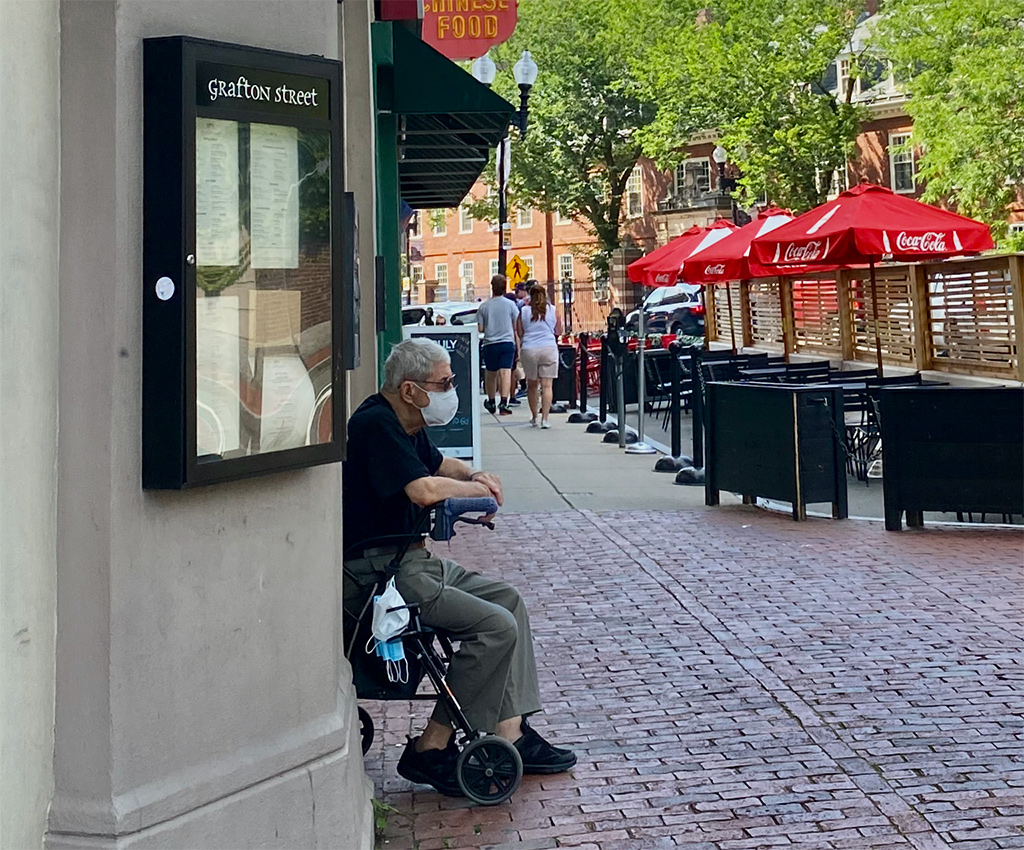 A man sits outside the closed Grafton Street Pub & Grill in Harvard Square on Tuesday as a disappointed family of hungry tourists moves on to find another eatery. (Photo: Marc Levy)

And all inquirers, he said, have individually been told the same thing:

Grafton Street and Park will reopen in the fall, and information on Temple Bar will be available “soon,” he said Thursday by email.

Asked why Grafton Group didn’t just make that information public and prominent, so people didn’t have to email for a vague response – or travel to Cambridge and try to puzzle it out while standing in front of a shuttered restaurant – Lee said: “We have not posted on social media or our sites because we do not have a firm timeline on our opening dates. I’m not sure what the mystery here is.”

Also not acknowledged as a mystery is what it meant that the group filed for a liquor license renewal for Temple Bar in November but changed it to a transfer in early 2021, according to a Monday call with city staff. That indicates Temple Bar will be under new ownership or will move, License Commission staff said. The bistro cannot reopen imminently, because its owners would have to reapply for a license and have not done so.

In fact, there are plenty of mysteries involving restaurants these days, said Marc Hurwitz, a food writer for NBC, NECN and DigBoston, a contributor to WBZ, and founder of the Boston Restaurant Talk and Boston’s Hidden Restaurants sites. “Way too many places have given the silent treatment,” he said.

Not all Grafton Group restaurants are dark. In Harvard Square, its Russell House Tavern has been open for dining throughout much of the pandemic, and the Hourly Oyster House has reopened. Asked why these restaurants were favored, Lee did not respond.

“Out of all the locations, the most prominent is Russell House at the super-crosswalk, right by the T. As an outsider looking in, that seemed the most logical choice given the amount of foot traffic,” Jillson said Friday. “It’s been such a struggle, but I walked by Russell House this afternoon and it was so nice to see the patio was full and there was such a buzz from inside.”

After talking with Lee a couple of months ago, she thought Park might be the next Grafton Group restaurant to see a restart. 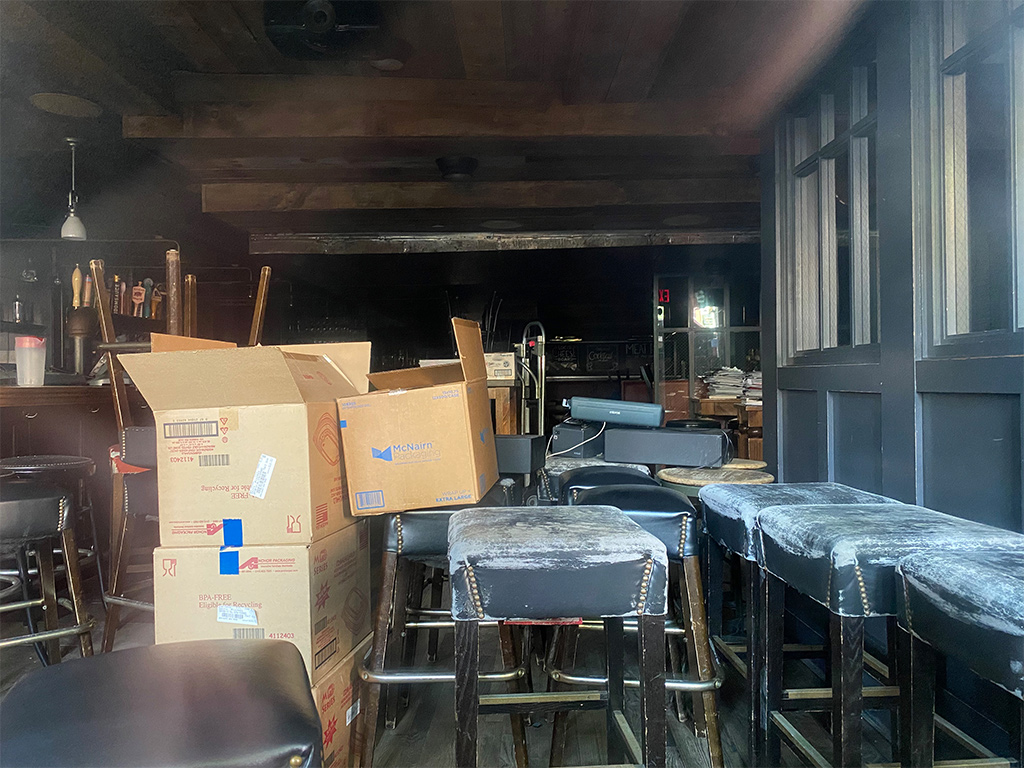 Park Restaurant & Bar in Harvard Square on Tuesday was being used for storage instead of dining. (Photo: Marc Levy)

In Boston, the restaurant State Street Provisions is open with the same set of owners – Lee, his brother Peter, and business partners Sean Kennedy and Gerald Sheerin – but under the Atlantic Shore Restaurant Corp. name. The corporation got $1.2 million in two rounds of federal coronavirus Paycheck Protection Program loans issued through Cambridge Trust. The first loan, for $506,976, was approved April 27, 2020, and the second, for $709,766, was approved Feb. 12.

Grafton Group, meanwhile, got a single $93,850 federal PPP loan through Eastern Bank on April 15, 2020, according to public records. It was later forgiven.

Patrick Lee was asked for clarity on what the public records showed: that the same owners got $1.2 million for a single restaurant over two rounds and less than $100,000 for a company with five restaurants.

But he again declined to explain – for instance, whether more money was sought for Grafton Group but it was turned down – beyond saying that the question was “way off base.” There would be more to say in September, Lee said.

Grafton Group was emailed Tuesday with questions after failed visits to Russell House and to the Fort Point address identified as Atlantic Shore’s principal office – which hasn’t been occupied by Lee for more than a year, the building’s front desk staff said. A message was left for Lee by phone at State Street Provisions on Thursday, and Lee emailed back. Until he didn’t.