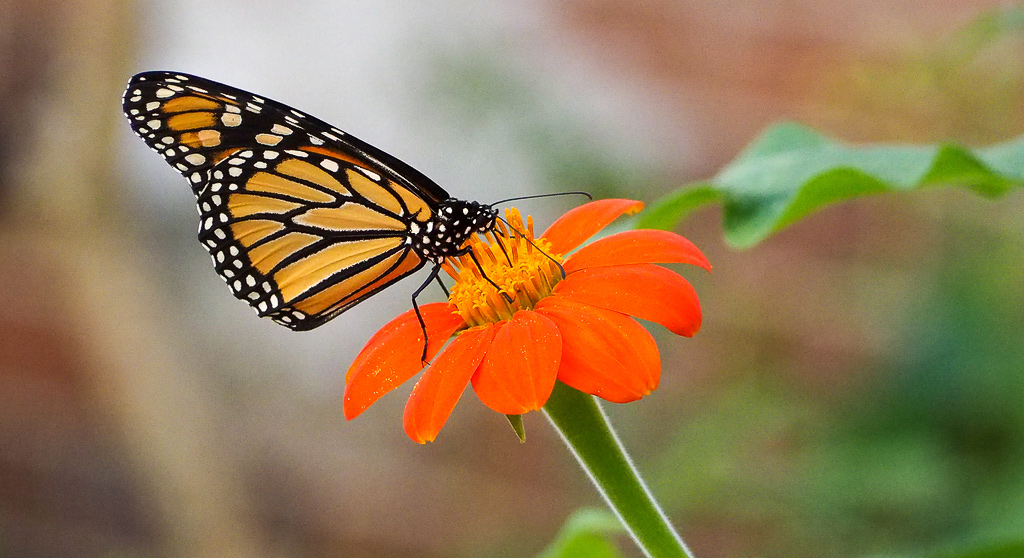 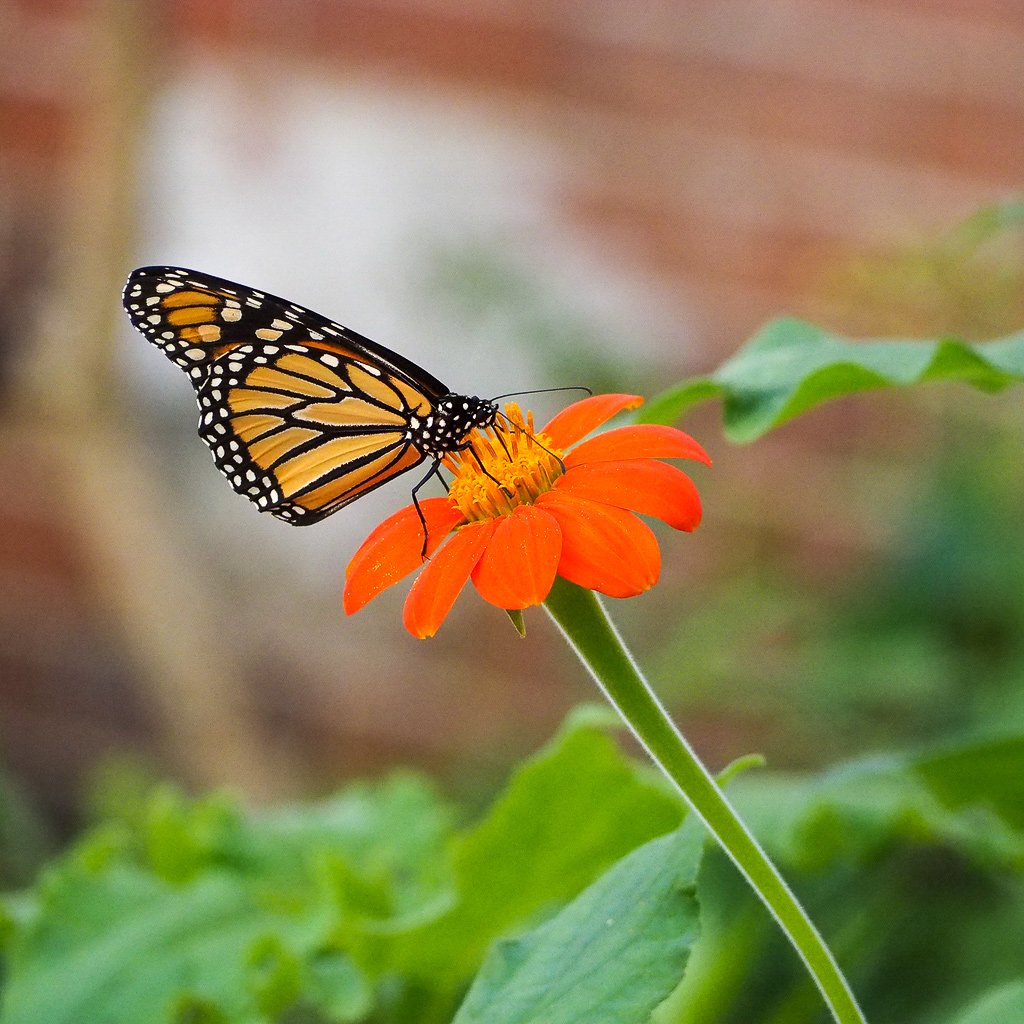 A female monarch stops on a Somerville flower in September, most likely while migrating south to central Mexico. (Photo: Jeanine Farley)

Monarchs are beautiful orange-and-black butterflies well known for their annual migration to Mexico, where they overwinter before starting their journey north and east to our region. I saw my first monarch butterfly of the season July 11, when one landed on the milkweed in my Somerville garden.

Their bright orange coloration warns predators that they are poisonous. Monarch caterpillars eat milkweed, which contain cardiac glycosides that are extremely poisonous to most vertebrates. The adult butterflies do not eat; they drink nectar through their proboscis. But the poisons they ate as caterpillars are still stored in their bodies, and the compounds are quite distasteful. If a bird tries to eat a monarch, it often will take one bite of a wing before tasting the poison and spitting it out. It learns its lesson and avoids preying on monarchs in the future. Monarchs can still fly and travel with imperfect wings, so this behavior does not necessarily doom them. 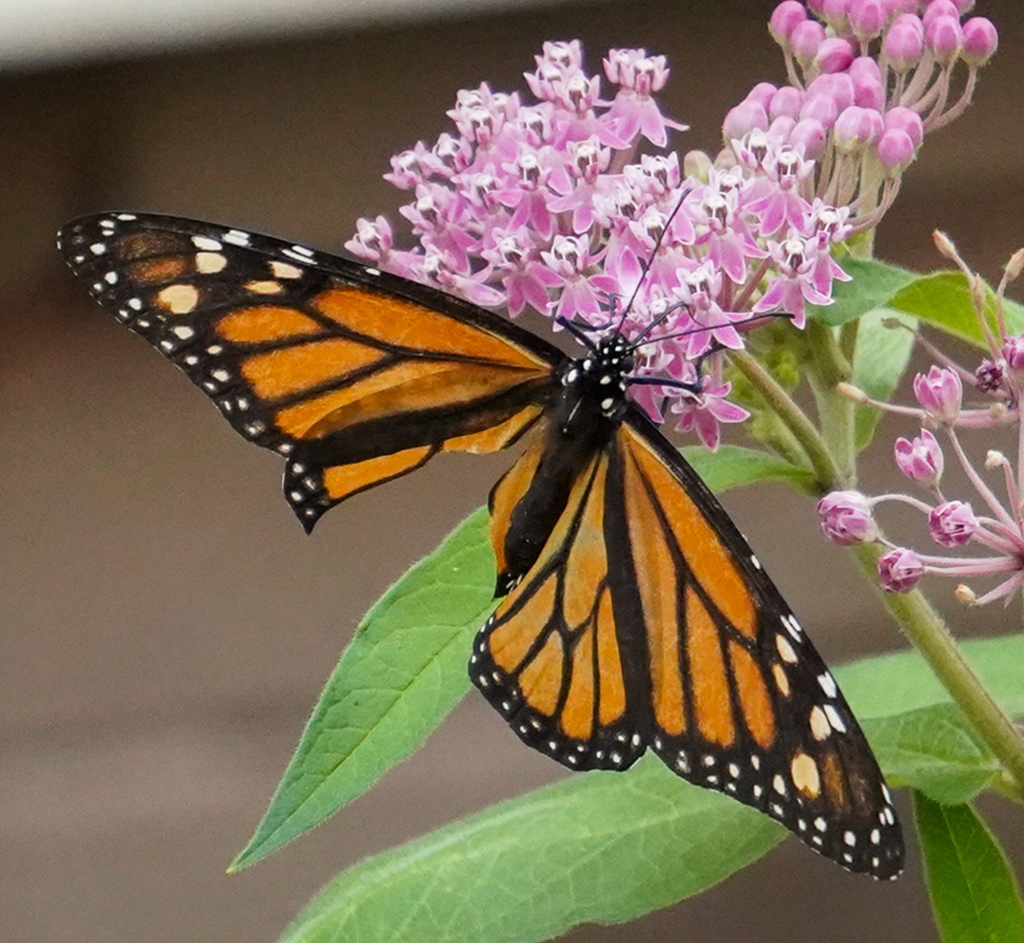 A female monarch with a beak-shaped bite taken out of its hind wing, seen July 11. (Photo: Jeanine Farley)

During the summer, adult monarch butterflies live two to five weeks, during which they mate and lay eggs that become the next generation. Each generation travels a little farther north as the south becomes too hot for the offspring to survive. The last generation of the season in mid-August or later (the fourth or fifth generation) does not become sexually mature.

As the days become shorter and cooler, instead of traveling north, the butterflies migrate south up to 3,000 miles, where they overwinter two miles above sea level in the steep mountain fir forests of central Mexico. Beginning in November, the butterflies roost together on branches and tree trunks in foggy, cloudy areas that are slightly above freezing. The trees protect them from rain and snow, and the humidity keeps them from drying out. Although they do not reproduce here, the butterflies still need water and perhaps a little nectar as they conserve their fat reserves throughout a five-month winter. Some of these migrating butterflies live as long as eight or nine months (from August until April).

In February or March, as the days become longer and warmer in Mexico, the overwintering monarchs become sexually mature, and they begin their journey north to find milkweed on which to lay their eggs in northern Mexico and the southern United States. The succeeding generations spread north and east across North America throughout the spring and summer to repeat the pattern.

An adult monarch lays a single egg on the underside of a milkweed leaf, which is the only plant monarch caterpillars can eat. Each egg is about the size of a pin head. On average, a monarch female lays about 700 eggs in a lifetime. In four to six days, an egg hatches into a caterpillar. The caterpillars grow quickly and shed their skin five times before they reach their final size, slightly less than 2.5 inches. In just 10 to 14 days, they have become almost 2,000 times their original mass. 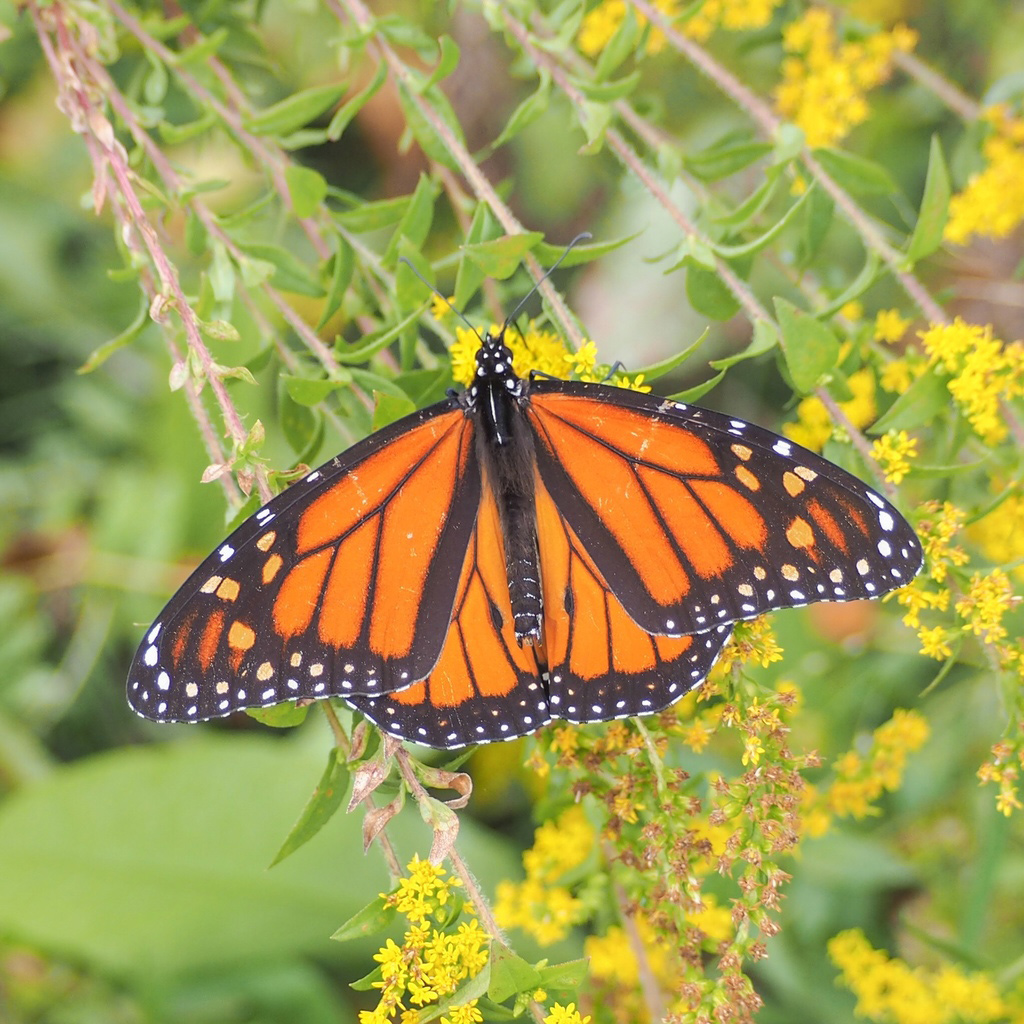 Male monarchs are easy to identify because they have a black spot on a vein on each hind wing, on either side near the end of the abdomen. (Photo: Jeanine Farley)

The caterpillar crawls away from the milkweed to find a safe place to pupate. It uses a hook at the base of its tail to attach itself upside down to a plant near the milkweed. It sheds its skin one last time to expose a jade-colored chrysalis. Inside the chrysalis, the caterpillar’s mouth parts are reconstructed to form a proboscis it uses to sip nectar. Its eyesight improves greatly, and reproductive organs form. All of this occurs in only eight to 15 days, after which an adult monarch emerges from the chrysalis. A fascinating time lapse of this transformation can be found here.

The new butterfly pumps hemolymph, the bloodlike substance of insects, throughout its body. It spends about an hour drying off before it flies away to find nectar. In five to seven days, it is sexually mature, mates and the female begins laying eggs. An adult monarch mates and lays eggs several times during its weekslong lifespan.