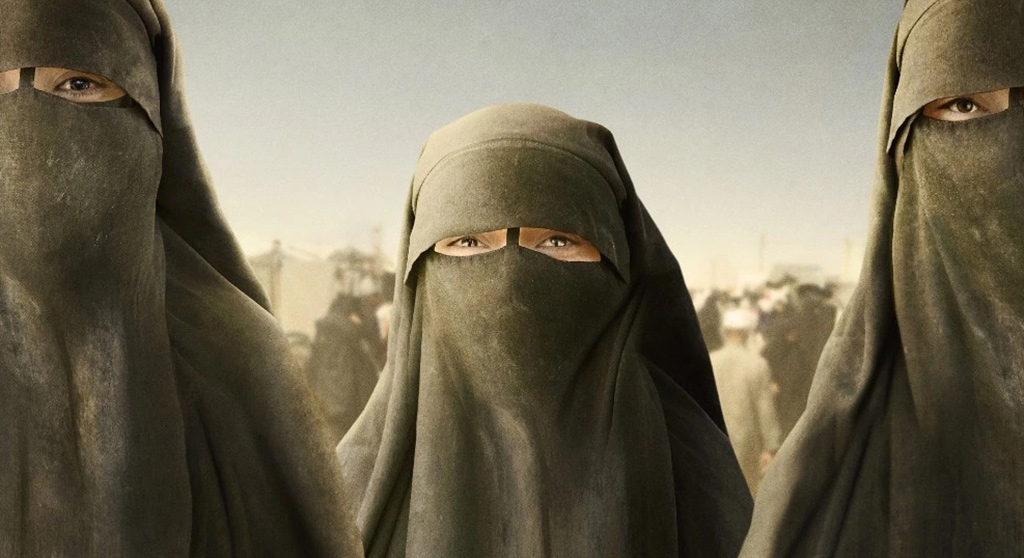 The rewind of the best of 2020 continues at The Brattle with a trio of female-gaze films that have men crowding the corners as manipulative jerks or worse. Sunday night there’s Eliza Hittman’s “Never Rarely Sometimes Always,” a subtly bold spin about a teen (newcomer Sidney Flanigan) blossoming into womanhood far too fast for her own good, wrestling with unwarranted male interference and more; then there’s Kitty Green’s fictional spin on the toxic workspace that was Harvey Weinstein’s office in “The Assistant,” with a deeply nuanced performance by “Ozark” star Julia Garner (be great to see her and Flanigan in a film together) as the female newbie. It screens Monday night. Finally, on Friday the 13th, there’s Miranda July’s quirky “Kajillionaire” about a family of mediocre L.A. grifters, in which parents (Debra Winger and Richard Jenkins) keep their stunted-growth daughter (Evan Rachel Wood, “Thirteen,” “Westworld”) under their thumb as an effective foil for their zany schemes. For more listings, showtimes and tickets go to The Brattle’s website. (Tom Meek)

Back when Leos Carax caught audiences’ eyes with the somberly gonzo “Holy Motors” in 2012, he also struck up a relationship with the quirky American rock duo Sparks (the subject of Edgar Wright’s recent rock-doc “The Sparks Brothers”), whose music he had included on the film’s soundtrack. Here the Sparks bros., Ron and Russell Mael, write the script and lyrics for Carax’s English-language debut, a musical about a stand-up comedian (Adam Driver, “Paterson”) and world-renowned opera singer (Marion Cotillard, who won an Oscar for portraying – and doing the singing – of French chanteuse Édith Piaf in the 2007 biopic “La Vie En Rose”), who fall in love, have a baby and buckle under the pressure of the public’s unblinking eye. Carax frames the surreal, satirical narrative by breaking the fourth wall and instructing viewers how to behave. He even puts himself in the meta role of running the sound board for the whole production with his real-life daughter Nastya by his side, implying an autobiographical element. Your enjoyment will be proportionate to how much you enjoy Driver’s broad, brutish, physical style – think Lenny Bruce and Kylo Ren. The film goes to some dark, strange places. Be sure to stay for the closing credits as a palate cleanser. (Sarah Vincent) At Landmark Kendall Square Cinema, 355 Binney St., Kendall Square.

It feels like a long time since we last saw Kate Beckinsale looking killer as a warrior vampire bearing her fangs in the “Underworld” series; here she’s something of an edgy goth urbanite with an acute anxiety disorder, but every bit as lethal. It’s not so much that her Lindy needs her meds as that everyone else wants her on them, because when she’s off Lindy has a superhuman rage condition that enables her to take out a “Fight Club” den of Russian henchmen and triggers her to come close to throttling a crying baby. In the case of the latter, she has a special vest peppered with electrodes that jolts her to a calm – mobile electroshock therapy, if you will, and the film’s whole treatment of mental health issues (or lack of it) is somewhat troubling. In the case of the former, it’s semi-good fun to see Kate put the hurt on, and justified too after Lindy’s new beau gets offed after three dates, found dead when he was supposed to be making her fish. Yeah, it’s total B-level vigilante junk, but Beckinsale and Stanley Tucci as her shrink play it for camp – or so I think. (Tom Meek) On Amazon Prime.

Hogir Hirori’s documentary observes the quietly heroic feats of Iraqi Kurds who put themselves at risk to rescue Yazidi girls and women from sexual enslavement in Al-Hol, a north Syrian camp occupied by supporters of Daesh (aka Isis). It’s a dark twist within a dark twist: The title refers to the derogatory name bestowed upon the oppressed and violently abused women who are often traded for profit. Hirori embeds with the brave Mahmud and Ziyad (and Mahmud’s wife) on several rescue missions. His access is impressive; their daring is riveting. Filmed in 2018, “Sabaya” rounds out the filmmaker’s loose trilogy (along with “The Girl Who Saved My Life” and “The Deminer”) chronicling the religious genocide and other ongoing terrors that continue to unfold in the fractious region. The film also devotes time to the rescued as they slowly reclaim their individual identities, physical appearance and emotional and ideological freedoms.(Sarah Vincent) Streaming via The Brattle.

Emmy Award-winning PBS documentarian Jamila Wignot delivers the only film biography (to date) devoted to the legacy of Alvin Ailey, the pioneering black dance choreographer who impressively rose to notoriety during the pre-civil-rights 1950s. Using audio, performance footage, photograph montages and interviews with Ailey’s surviving contemporaries and spiritual heirs, Wignot’s lens cuts back and forth between the dancer’s life story and preparations for the 2018 Alvin Ailey Dance Co.’s 60th anniversary celebration. Though inspirational, the shifts detract from the emotional pull of Ailey the man, and from his struggles. The film works best when his collaborators, particularly artistic director Judith Jamison and guest choreographer Bill T. Jones, provide insight into Ailey’s private nature and his lonely artistic sojourn, which was impeded regularly by the bias of racism and homophobia. It’s a well-meaning tribute, but “Ailey” never finds its rhythm. (Sarah Vincent) At Landmark Kendall Square Cinema, 355 Binney St., Kendall Square.