‘Kajillionaire’: Arrested-development daughter gets glimpse of growth from a family of grifters 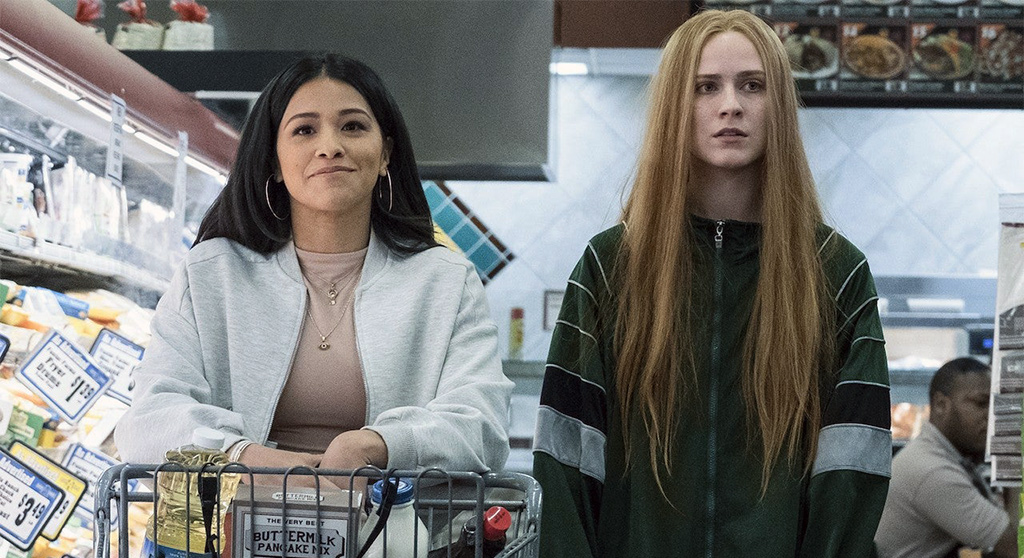 ‘Kajillionaire’: Arrested-development daughter gets glimpse of growth from a family of grifters

I’ve always been piqued by Miranda July, a Renaissance human blessed with a cool name and an idiosyncratic presence who, it seems, effortlessly churns out witty short stories (“Roy Spivey”) and quirky but not quite nervy films (“Me and You and Everyone We Know,” “The Future”). Her works always bump up against mainstream sensibilities and veer toward the dark, like a Harmony Korine movie (“Trash Humpers,” “Spring Breakers,” “The Beach Bum”) without the extreme depravity. Her latest, “Kajillionaire” is more of the same, but also perhaps, the most accessible of her brief portfolio (in “The Future” an ill cat named Paw Paw narrates, the moon talks and a T-shirt drags its mangled form along a sidewalk). It’s a double clutch of sorts that centers on the Dyne family, a trio of lo-fi grifters in Los Angeles who run rickety “skimming” schemes – pilfering mail, and insurance and store-return scams. What’s clear is that the oddly named daughter, Old Dolio (Evan Rachel Wood), is a poster child of arrested development. At the age of 26, she has the sensibilities of a 14-year-old boy, wears a bright aqua blue jogging jacket that rivals that of Seth Rogen’s journo nerd in “Long Shot” (2019) and is possessor of bad dance moves reminiscent of Ben Affleck’s smooth wannabe in “Good Will Hunting” (1998). What Old Dolio is in need of is a mall run with some female besties, but mom and dad (Richard Jenkins and Debra Winger) have isolated her with their over-engineered ploys and meager living conditions; they squat in a warehouse next to a bubble factory where occasionally globular mounds of pink ooze cascade down the wall or hang from the ceiling like The Blob.

Old Dolio’s parents are caring enough. Even as they surreptitiously meander the seedy back alleyways looking for their next mark/opportunity, you can feel a solid family vibe, the same way you could in Hirokazu Koreeda’s “Shoplifters” (2018). Then the family runs into a perky opticians assistant named Melanie (Gina Rodriguez, so good in a small role in Alex Garland’s “Annihilation”) while in the midst of a ruse and she wants in on the action, even pitching a scam or two herself – grifters gotta be grifting. To tell much more how the film evolves would be to do July and company a disservice. The film does change gears, and Melanie becomes a vehicle for Old Dolio to step outside the box of a world her parents have kept her in. Melanie, in short, becomes Old Dolio’s guide to adult womanhood, and perhaps independence. The cast all around delivers nuanced performances, but Wood, so electric and edgy in Catherine Hardwicke’s “Thirteen” (2003) and the star of the hit series “Westworld,” finds a whole other thespian gear here. As Old Dolio she simultaneously conveys street wisdom and naïveté with a fluidity that’s nothing short of masterful. You can really feel the collaboration between the actress and July, something of a performance artist and a personality chameleon herself, to bring Old Dolio to life. For all its quirks and kookiness, I must say, “Kajillionaire” does, to a degree, feel like it should have colored outside the lines a tad bit more, but I’m enjoying July’s career arc. If I have anything to say about it, I’d love to see her make a film about “Roy Spivey.”