‘Lucky Grandma’ and more, back at The Brattle; ‘Marathon’ streams; two docs dance and swim 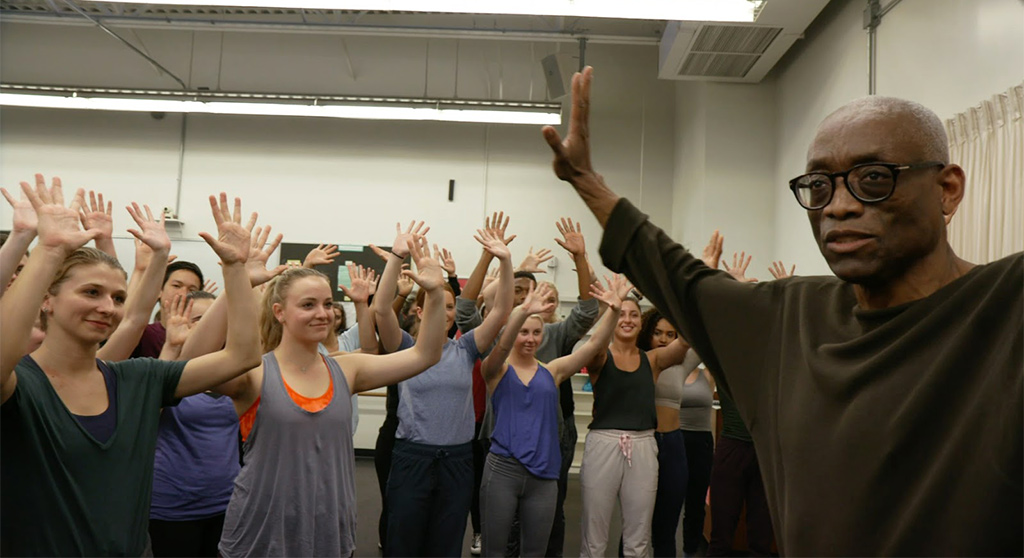 ‘Lucky Grandma’ and more, back at The Brattle; ‘Marathon’ streams; two docs dance and swim

The Brattle Theatre sails into its second week of reopening showing some of the best 2020 had to offer that you can now see on the big screen, starting with “Lucky Grandma,” Sasie Sealy’s cheeky crime drama about a can-do Chinese grandma in New York City who finds herself at the center of a gang war. Also on Monday is “Bacurau,” an “El Topo”-esque cult curio centered in a remote Brazilian village with a macabre side. On Friday, there’s Quentin Dupieux’s psycho-horror plumb “Deerskin,” in which a thrift-store leather jacket imbues its wearer (Oscar winner Jean Dujardin) with murderous intent. It’s paired with “Another Round,” last year’s Best International Film Oscar winner (and a Day Top 10 selection) with Mads Mikkelsen as one of four schoolteachers seeking the deeper meaning of life by experimenting with alcohol consumption on the job. (Tom Meek)

Joshua Zeman’s doc about an enigmatic solo cetacean has a bold premise but becomes too much about the filmmaker’s Ahab-esque quest rather than its amazingly elusive subject. The “52” refers to the level of hertz the whale transmits sound at – a pitch no other whale uses, thus that “lonely” tag (no other whale can understand him, he’ll never get a mate, and so on). Fifty-two was located by the Navy in the late 1980s, and when the information was declassified and shared with marine biologists, it was learned that what was thought to be the sound of a Russian military weapon was in fact a “biologic.” Zeman, enamored with the narrative, tries his hand at finding Nessie. The experts interviewed are well versed, and there’s even a flautist who tries to communicate to 52 via an amped-up pitch. It’s a whale of a tale that should have been bigger. (Tom Meek) Landmark Kendall Square Cinema, 355 Binney St., Kendall Square.

Rosalynde LeBlanc, a former member of the Bill T. Jones/Arnie Zane dance company and associate professor and chair of dance at Loyola Marymount University, adds producer and director to her list of achievements with this debut documentary about her iconic troupe leader. Co-directed with veteran cinematographer Tom Hurwitz (“The Queen of Versailles” and “Pavarotti”), LeBlanc’s film effusively captures the life of the legendary choreographer and the community he was part of during the AIDS crisis, which would become the seeds for his seminal work, “D-Man in the Waters.” (Zane, Jones’ significant other, died during the “plague” in the late 1980s). On-camera, LeBlanc the teacher challenges her students to share similar personal tragedies. Many of them fumble. No matter, LeBlanc the filmmaker etches a heartfelt emotional journey imbued with nostalgia and an insider’s eye that ultimately reveals how personal tragedy can be the catalyst for action and community. (Sarah Vincent) Opens Friday as part of The Brattle’s Virtual Screening Room.

Keith Strausbaugh and Anthony Guidubaldi team up for this mockumentary about marathon running that while droll in a “Hot Fuzz” (2007) and Christopher Guest (“Best in Show,” “A Mighty Wind”) kind of a way lacks the wit to go the distance. The micro focus on a desert run called the Devil’s Canyon Marathon and faux interviews with a potpourri of its participants (the hard-edged runner who keeps missing a Boston qualifying time by nine seconds, the couple who plan to run it in a banana suits and a shady organizer with a bad comb-over) feels far too obviously aware of it lo-fi parameters. While the production values and spritely pacing work to its advantage overall, the focus on racism feels forced, and there’s even a terrorist bomb plot. The production values impress for the budget, and there are some worthy guffaws. Not all of it makes it to the finish line gracefully, but you have to admire the filmmakers’ unabashed levity and purposeful stride. (Tom Meek) Available to rent or buy on Amazon Prime and Apple TV.