There are hidden surprises in Harvard Square 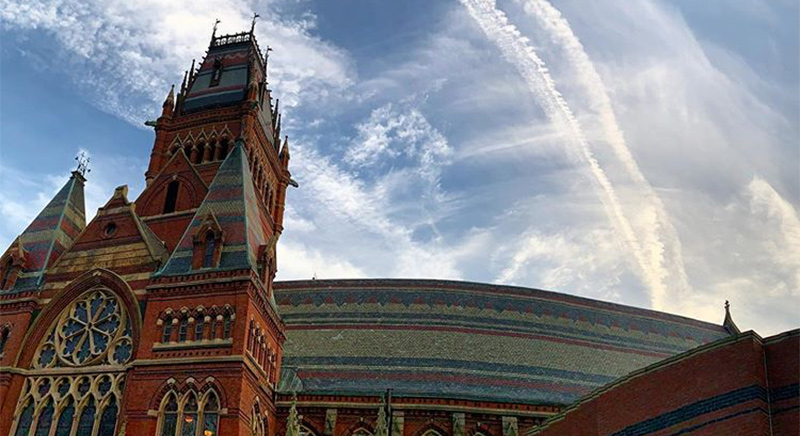 There are hidden surprises in Harvard Square

By The Cambridge Office for Tourism

History Cambridge partners with organizations from around the city to enhance and amplify the historical record. This week our friends at the Cambridge Office for Tourism are our Did You Know? guests. 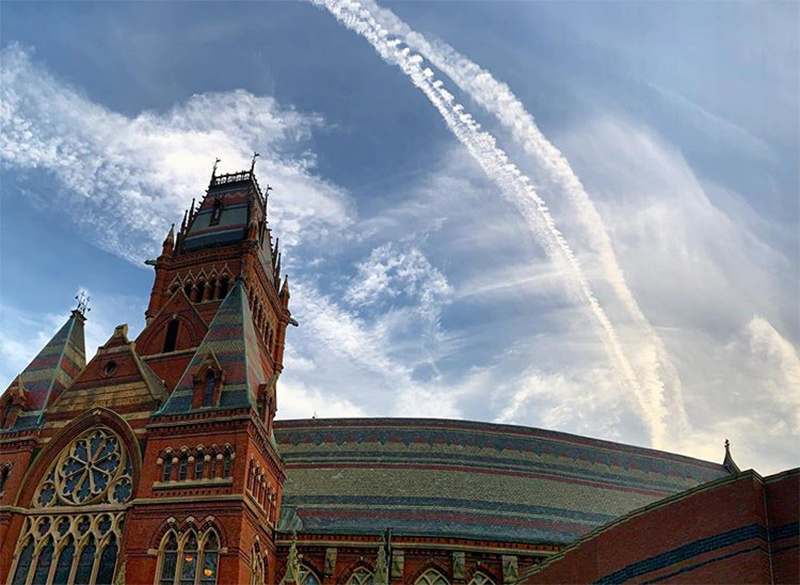 Think you know Harvard Square? Now you can see it in a whole new light with this self-guided tour. Brush up on local history by stopping by all the spots on this loop.

Stop One, Harvard Square Plaza: Start in the heart of Harvard Square Plaza at Out of Town News. For more than 60 years, this iconic structure sold thousands of international newspapers and magazines each week. It is now listed in the register of historic places.

Stop Two, Wadsworth House: Next head to Harvard University and note the yellow-paned home to your right. Built in 1726, Wadsworth House is the second-oldest building at Harvard. Before George Washington set up his first Massachusetts headquarters there, it served as the home for Benjamin Wadsworth, the president of Harvard at the time. Eight more Harvard presidents resided at Wadsworth House, earning it the nickname “The President’s House.” This is the only place in Harvard Square where the lives of enslaved people are recognized.

Stop Three, Harvard Yard: Continue to Harvard Yard, where Massachusetts Hall remains the oldest Harvard building (older than the United States itself). Completed in 1744, nearby Holden Chapel is another one of the nation’s oldest college buildings. A trip to the Yard isn’t complete without rubbing the left foot of the statue of Harvard’s founder, John Harvard, for good luck. The expansive Widener Library can’t be missed either. Harry Elkins Widener graduated from Harvard in 1907; after he passed aboard the Titanic, Harry’s mother, Eleanor, gifted the library in his memory. Did you know? There’s an old, persistent myth that Eleanor stipulated that all Harvard students must pass a swimming exam before they graduated.

Stop Four, Carpenter Center for Visual Arts: As you imagine Harvard legends who traversed the university grounds, head toward Quincy Street to see Harvard’s Carpenter Center. This space is the only North American building designed by the famed architect Le Corbusier. Make your way up its ramp and soak in city views at the top.

Stop Six, Cambridge Public Library: While on Broadway, pop into the Cambridge Public Library. Built in 1887, this Romanesque building can also be found on the register of historic places. The library’s most recent renovations (completed in 2009) include a double-skin facade, an energy-saving ventilation technology never before seen in the United States.

Stop Seven, Harvard Art Museums: Loop back on Broadway to check out the Harvard Art Museums. Originally individual museums, the three collections are now housed together. The oldest of Harvard’s museums, the Fogg, opened to the public in 1895 and doubled as an art training center, the first of its kind in North America. The Busch-Reisinger Museum was built in 1901 and appropriately named the Germanic Museum, due to its vast supply of Germanic art. The last of the trinity, the Sackler, displays Harvard’s collections of Mediterranean, Asian and Middle Eastern art.

Stop Eight, Memorial Hall: Move toward Quincy Street and you’ll notice Memorial Hall. Built in 1870, this High Victorian Gothic structure took 13 years to complete. The famous attraction pays tribute to Harvard graduates who fought in the Civil War. Within its walls is Sanders Theater as well as Annenberg Hall,which some claim looks a lot like Platform Nine and Three Quarters from the Harry Potter series. Even J.K. Rowling seems to agree.

Stop Nine, Swedenborg Chapel: Around the corner on Kirkland Street, Swedenborg Chapel looks like it came straight out of a storybook. This New Jerusalem chapel was built in 1901 and designed by MIT grad and former Harvard professor Herbert Langford Warren.

Stop 11, Science Center: Cross Oxford Street and visit Harvard’s Science Center, home to The Collection of Historical and Scientific Instruments. At one time, this HMSC Museum was spearheaded by David P. Wheatland, a Harvard grad and employee who was an avid instrument collector. Their new executive director, Brenda Tindal, is an award-winning educator and scholar from the International African American Museum in Charleston, South Carolina. The 20,000 instruments on display cover the history of science pedagogy and research from the Colonial era to now.

Stop 12, the Old Burial Ground: Find your way back to the Johnston Gate and cross to the Old Burial Ground. This burial site, also known as God’s Acre, boasts more than 1,200 graves. Because the cemetery has been around since 1636, the spirits of past Harvard presidents may keep you company there! The burial ground is also home to the graves of a number of early Black Cantabrigians, both enslaved and free, and serves as a reminder that the history of Harvard and that of slavery are intertwined.

Stop 13, the Brattle House: Come back to the Square, and stop at the Brattle House, the home of Tory Gen. William Brattle until 1774. Later it served as headquarters of the commissary general, Thomas Mifflin, who was visited frequently by George Washington. In the 1830s the Brattle House was the childhood home of the pioneering journalist and social reformer Margaret Fuller.

After visiting the Brattle House, it’s time to return to Harvard Plaza. Before calling it a day, pop into The COOP, where renovations are nearly complete. Stop at the many other small businesses in the Square such as Mr. Bartley’s Burger Cottage. This family-owned restaurant serves award-winning hamburgers named after icons such as Tom Brady and Vice President Kamala Harris.