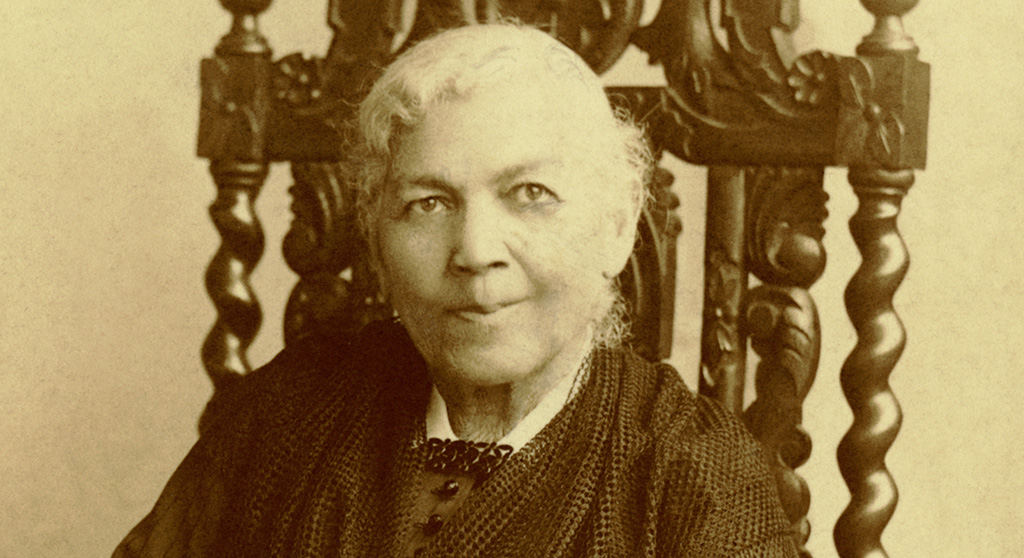 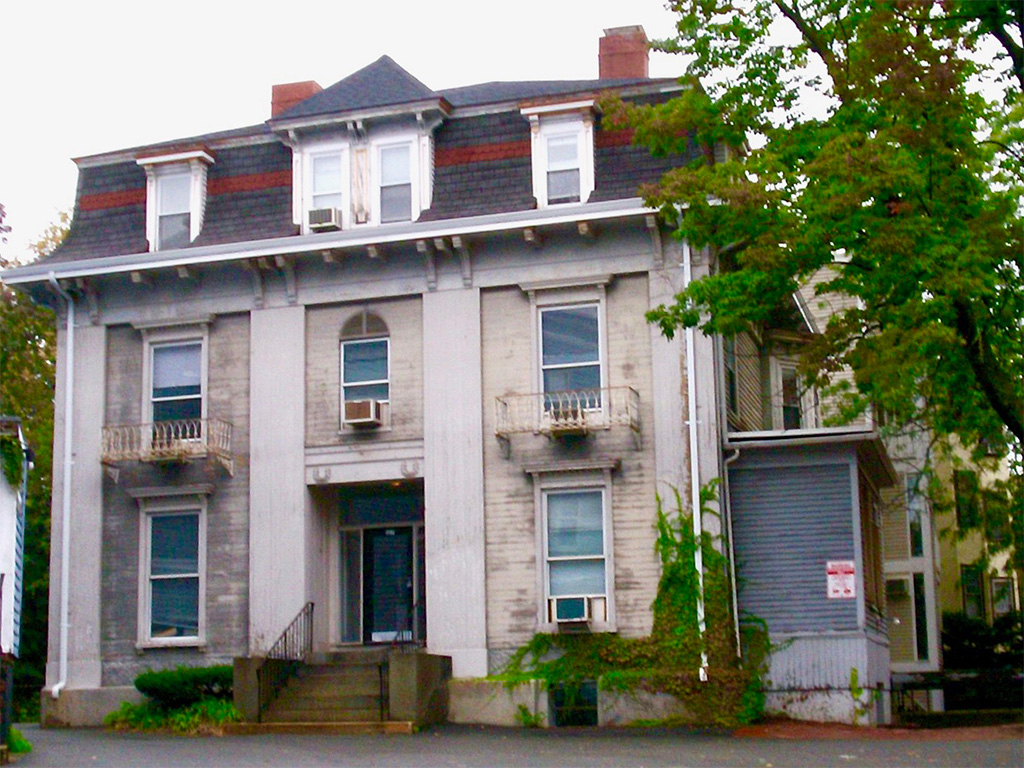 The boardinghouse that Harriet Jacobs ran in the 1870s is now an apartment building at Mount Auburn and Story streets. (Photo: History Cambridge)

Harriet Jacobs, author of “Incidents in the Life of a Slave Girl,” lived in Cambridge in the 1870s. As historians have documented (including during a recent History Cambridge History Café presentation), the boardinghouses she ran provided a home for Harvard students and faculty, as well as a sense of community for her daughter Louisa and friends.

Less known: Harriet Jacobs’ connection with one of the earliest female “computers” who worked at the Harvard College Observatory.

Jacobs used pseudonyms for the main characters in “Incidents,” the book she wrote based on her own life. She wrote affectionately about Mary Bruce, the baby she cared for after escaping slavery and reaching New York in 1842. Focused on reuniting her own family and fearful about maintaining her freedom, Jacobs still recognized that “ere six months had passed, I found that the gentle deportment of Mrs. Bruce and the smiles of her lovely babe were thawing my chilled heart.”

In real life, the baby was Imogen Willis. Her parents were then-superstar author Nathaniel Parker Willis and his first wife, Mary Stace. Mary Stace, whom Jacobs called a “true and sympathizing friend,” died in childbirth when Imogen was 3.

Fast-forward two decades. Imogen married a physician named William Eddy in 1865; they had a daughter in 1868. She may have envisioned a conventional life as a wife and mother, but circumstances dictated otherwise.

Harriet Jacobs’ boardinghouses offered a comfortable refuge to their residents. They also provided security for Jacobs. Like most Americans, she experienced transition and tumult during the 1860s. At the start of the decade, she left employment with the Willises; by then, Willis was remarried and had four more children. She published “Incidents in the Life of a Slave Girl” in 1861 after many years of attempts and near-misses. During the Civil War, she gained renown as an educator and relief agent helping freed people in the Union-occupied town of Alexandria, Virginia. After the war, she tried to open a school and orphans’ home for Black children in Savannah, Georgia, supported in part by financial contributions from Massachusetts, but racist sentiment proved too toxic to succeed.

Jacobs had lived in Boston in the 1840s and visited the area often, so she returned to a place where she had friends. In 1869, she laid out her own welcome mat after years of living in other people’s homes and boardinghouses. The 1870 Census identifies her as “keeping house.” Among the initial residents in her first house on Trowbridge Street were the Willises. A Willis son attended Harvard (Class of 1870), and his mother, sisters and brother moved to Cambridge, too.

“The movement of the stars”

Imogen Willis Eddy’s husband deserted his family. He worked as a physician in Nebraska and on two steamship lines out of New York City. She identified herself as a widow, which she officially was when he died in 1879 in Pennsylvania. Perhaps he sent money to her over the years; her will also listed a piece of property and life insurance trust that may have provided income. Her few surviving letters do not indicate poverty, but they do reflect that she felt pinched.

In 1889, at age 47, she applied for a job as an assistant at the Harvard College Observatory, the “unusual employment opportunity” described in “The Glass Universe: How the Ladies of the Harvard Observatory Took the Measure of the Stars,” by Dava Sobel. Observatory director Edward Pickering hired women to scrutinize the glass-plate images captured from the telescopes. From photographs (7,883 in 1890, with more added every year), the women determined the location, changes over time, relative brightness and other properties of thousands of stars. The job required math skills, patience and tremendous attention to detail. Not incidentally, female assistants earned 25 cents an hour, a wage few men with similar skills would accept.

Shortly after starting work, Eddy wrote to her brother, “I should like very much to have you see some of my work – on paper it sounds rather dry & stupid, but I am much interested in it. I never liked arithmetic but the higher mathematics and the problems solved by them, of the movements of the stars are quite another thing. I always read and studied everything I could find about astronomy and now I am daily learning more & more of the practical part of it.”

Eddy did not make it into “Glass Universe.” When I contacted the author, however, she graciously introduced me to Maria McEachern in the John G. Wolbach Library and Lindsay Smith Zrull in the Astronomical Plate Collection at Harvard and the Smithsonian Institution’s Center for Astrophysics. They are compiling often far-flung bits of information about the roughly 220 women who worked at the observatory from 1875 to 1975. “Mrs. I.W. Eddy” was one of the computers about whom they knew relatively little, and they were excited to learn about her backstory and connection to Harriet Jacobs.

Harriet Jacobs and her daughter Louisa left Cambridge for Washington, D.C., in 1877. Although they were not in Cambridge when Eddy worked for the observatory, the Willis and Jacobs families stayed in contact. Over the years, they helped each other out in Washington and Massachusetts. In 1889, Bailey Willis wrote family members about Jacobs’ declining health: “She is very lame and I presume she is slowly losing ground.” She lived until 1897, age 82, when she was eulogized by prominent minister Francis Grimké as a “woman of marked individuality.”

Imogen Eddy’s daughter died in 1901, after a sad and lingering illness. (Her death certificate listed dementia as cause of death – at age 32.) Eddy had siblings and their families to visit, but she lived in what sounded like a lonely rooming house on Acacia Street. Her work at the observatory gave her purpose until she died in a freak elevator accident in 1904, age 62. The headline on her obituary identified her as a “Woman Astronomer.”

About the early women working at the Harvard College Observatory:

A special thanks to Maria McEachern and Lindsay Smith Zrull for providing useful links and background about Imogen Willis Eddy’s work at “the HCO.”

Paula Tarnapol Whitacre is a writer and public historian in Alexandria, Virginia, where Harriet Jacobs lived during the Civil War. Whitacre described what Jacobs and abolitionist Julia Wilbur accomplished in Alexandria in “A Civil Life in an Uncivil Time” (Potomac Books, 2017), the first full-length biography of Wilbur. She is researching the intersecting lives of Jacobs and the family of Nathaniel Parker Willis. Her website, Discovering Lives, is at paulawhitacre.com.