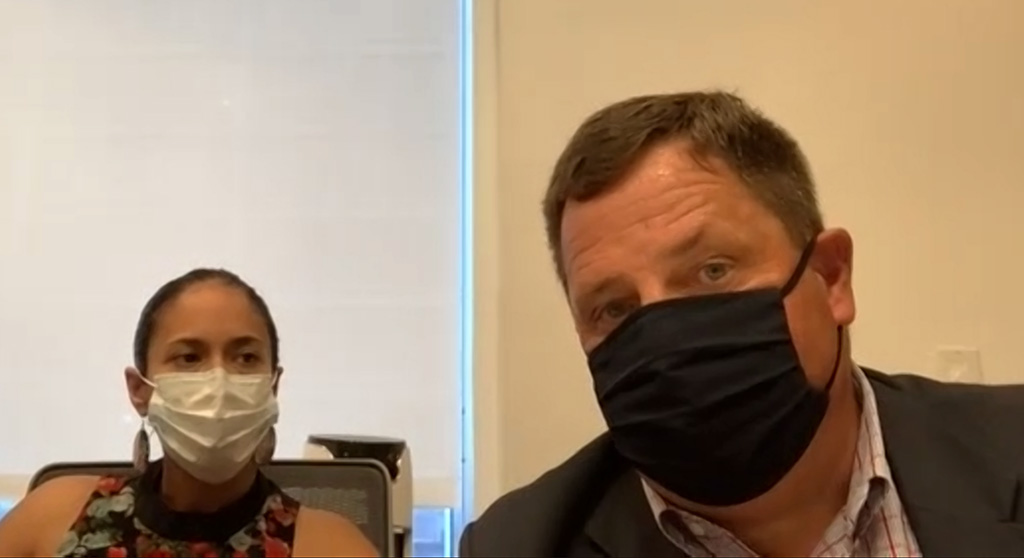 The owner of recreational cannabis shops who looked to open at 286 Broadway, The Port, told residents at a Monday meeting that she has changed her mind.

“I’m not moving forward with the project” there, Flavia Hungaro told the more than 60 people gathered online and at an in-person meeting at Workbar in Central Square. “It wasn’t my intention to hurt anybody … this wasn’t the best path.”

The business will seek another storefront. But though Hungaro and attorney Walter Sullivan said they liked the area’s density, the two-hour meeting held plenty of pushback from people who resisted the idea of having a cannabis shop in a residential area with plenty of schools. “Hopefully we can find another location. I don’t know if it’ll be around there,” Sullivan told them.

Hungaro held an option to buy at 286 Broadway that predated the coronavirus pandemic, when she was also pursuing host community agreements for businesses in Taunton and Maynard. While much of the business world was frozen in place and approval processes slowed during the pandemic lockdown, the location became the home of a short-lived arts space called Lucky Jungle that transitioned July 5 into 286broadway, continuing a focus on plants, art, thrift and jewelry, welcoming artists and vendors of color who haven’t been able to sell in other shops.

It also hosts gatherings and events, and has become a de facto community center that speaker after speaker said they didn’t want to see displaced by Hungaro’s cannabis shop, called LMCC for Local Motion Cannabis Co. Some said the 286 Broadway location was problematic also because it is next to the Lamplighter Brewing Co., which presented problems of its own.

Speakers included state Rep. Mike Connolly and city councillor Quinton Zondervan, who said they couldn’t support Hungaro’s LMCC project at 286 Broadway – though, like many, they supported cannabis businesses in general and looked forward to LMCC opening somewhere in town. (The city is in a head-start period for economic empowerment applicants at least through Sept. 23, favoring people of color and residents; Hungaro, as a woman born in Brazil but a Belmont resident, counts only as a social equity applicant not yet allowed to open.) School Committee member Ayesha Wilson was vocal in the chat as well.

“If you do open up in another location, I will be a customer,” said Jeff Solomon, a co-founder of 286broadway. The comment brought appreciative laughter at the end of a meeting at which tensions ran high.

Speakers were so passionate about their defense of 286broadway and opposition to LMCC at that location that they went on delivering the message long after Hungaro and Sullivan had said they were halting plans there.

“I think Flavia’s said three or four times that we are not moving forward. Please understand that this is a process – there was no intent to not seek [guidance from] the community,” Sullivan said.

Sullivan, who noted that he’s lived in Cambridge his whole life, said he appreciated the close-knit community of The Port coming out and assured meeting attendees Hungaro was not “looking to displace a business.”

“It’s Covid that created this opportunity … things just went the way they did, but we needed to go forward with talking to the community,” Sullivan said.

Solomon agreed that 286 Broadway only became available to Lucky Jungle and the new shop because of the pandemic, but he appreciated that it “presented us with the opportunity to build a space where … we’re trying to create an ecosystem for all of us to work together.”