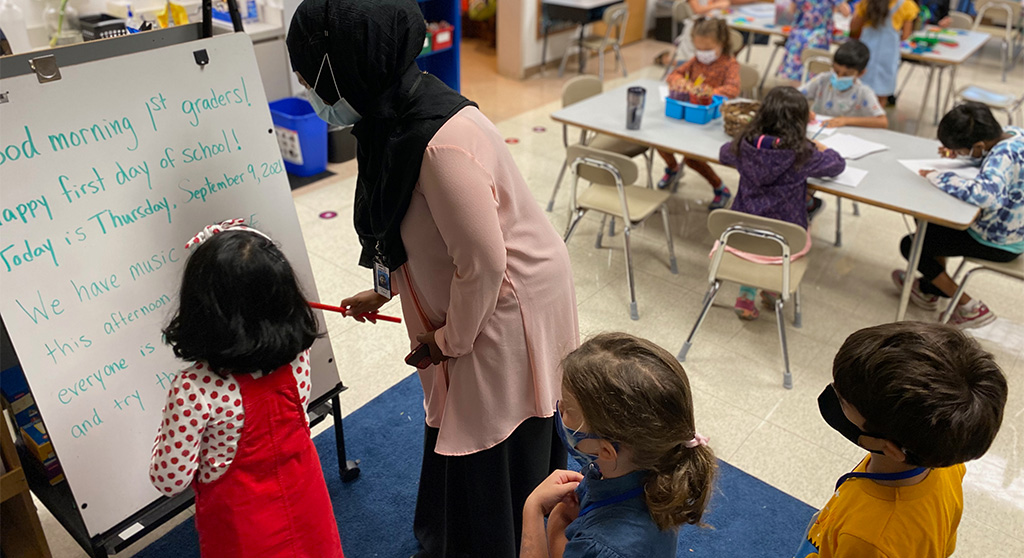 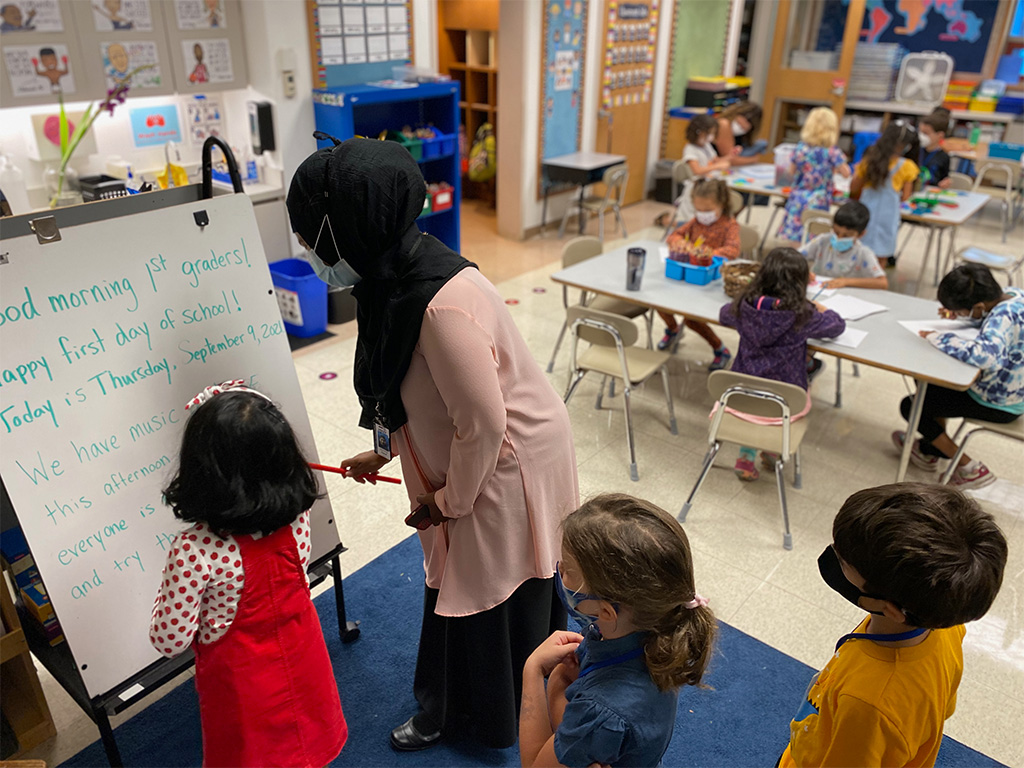 A group based in South Easton is seeking an injunction in several school districts against students having to wear masks, like these kids at The Haggerty School. (Photo: Marc Levy)

A group of parents and activists based in Bristol and Plymouth counties has sued the state education department, Cambridge, its school district and 13 other school districts, contending that their mask mandates for schoolchildren are illegal. The nonprofit group, Children’s Health Rights of Massachusetts, wants a judge to order the state and local school authorities to end the requirements.

The organization, represented by a New Hampshire lawyer, filed suits Tuesday in Bristol, Plymouth and Norfolk county superior courts. It also seeks a preliminary injunction immediately barring enforcement of the mandates, before any trial. A hearing on the injunction is scheduled for Wednesday.

The court papers in each suit were identical except for identifying different school districts where members of the organization had children enrolled. A lawsuit can be filed in any county where at least one party lives or has ties; the suit against Cambridge was filed in Norfolk County even though Cambridge is in Middlesex County.

According to the suits, members of the group have children in the Andover, Attleboro, Easton, Sandwich, West Bridgewater, Carver, Hingham and Bridgewater-Raynham school districts. Cambridge was not listed, though the Norfolk County suit includes details on the city’s and the school district’s mask mandates.

Cambridge had not answered the suit as of Monday. City spokesman Lee Gianetti declined to comment Monday “because this involves pending litigation.”

The lawsuits said neither the state Department of Elementary and Secondary Education nor the individual school districts had authority to order masking for students. It also argued that coronavirus posed no risk to schoolchildren in Massachusetts and that scientific studies showed that masks did not prevent transmission of the virus in schools. The suits said wearing masks harmed children by interfering with their breathing and ability to communicate, as wells by distracting them and causing them anxiety, among other things. Activists opposing mask requirements have made similar arguments elsewhere.

According to the suits, parents should be the ones making health decisions for their children. The lawsuits said members of Children’s Health Rights of Massachusetts had unsuccessfully opposed mask mandates at meetings of their local school boards.

Some of the scientific studies cited in the suits do not conclude that masking is unnecessary in public schools. For example, a May 28 report by the Centers for Disease Control and Prevention based on Georgia schools compared cases among students and staff in schools that required masks for staff and students; required masks only for staff; or improved ventilation. The data covered the period from Nov. 16 to Dec. 11, before the rise of the highly contagious Delta variant.

The suit cited this finding to support its argument that student mask mandates are not effective. But the CDC report said: “Because universal and correct use of masks can reduce SARS-CoV-2 transmission … and is a relatively low-cost and easily implemented strategy, findings in this report suggest universal and correct mask use is an important Covid-19 prevention strategy in schools as part of a multicomponent approach.”

Children’s Health Rights of Massachusetts was established as a nonprofit in August. Its office is in South Easton, where president Nick LeBlanc also lives. Its corporate papers say its mission is “to ensure the health rights of children in Massachusetts are upheld, to do all and everything necessary and proper to reduce and eliminate harmful health risks and implement safeguards to ensure they never happen again.”

The organization’s website says it is operated by “a team of parent volunteers” and that members of the organization include “teachers, school committee members, police officers, firefighters, frontline health care workers, health and safety professionals,” parents, family members and business owners, among others.