‘C’mon C’mon’: Phoenix and his child co-star compete to astonish in this heartfelt travelogue 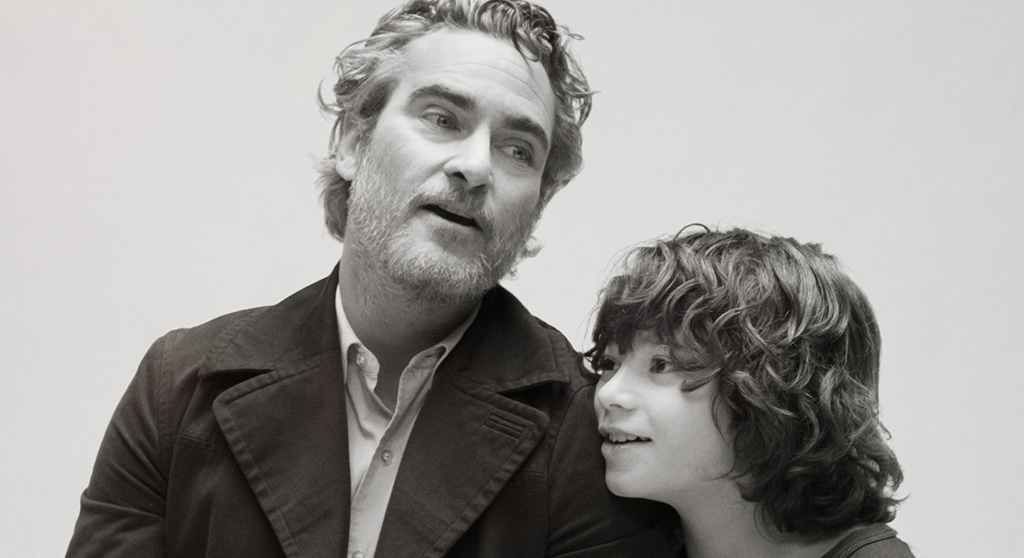 ‘C’mon C’mon’: Phoenix and his child co-star compete to astonish in this heartfelt travelogue

Joaquin Phoenix delivers one of his finest, most soulful performances to date in Mike Mills’ “C’mon C’mon,” and as is the case with any of his films (“20th Century Women,” “Beginners”), Mills has obvious affection for his subjects. This is tender and heartfelt storytelling that exposes the delicacy of the human condition and the pains we take to stay connected. By exploring how caring for another person can further the healing process, “C’mon C’mon” has crafted something poignant and moving.

Johnny (Phoenix) is a radio journalist traveling the country to interview children and young adults about their fears, aspirations and curiosities. While on his trek he’s enlisted by his sister Viv (Gaby Hoffman) to come and watch her young son, Jesse (Woody Norman) in L.A. as she goes to find her estranged husband (Scoot McNairy), who is struggling with mental illness. What’s meant to be a brief watch turns into a longer responsibility, and Johnny decides to bring Jesse with him to New York City as he continues the journey for his latest assignment.

The trio of lead performances are superb, and each delivers the chemistry necessary to sell the familial bonds and showcase how, in some cases, those ties weather with time. The absolute heart of the film is in the dynamic between Phoenix and Norman – the latter of which delivers one of the greatest, most unaffected child performances in years. It’s this relationship that allows Phoenix to explore his most humanistic, and perhaps flat-out best, performance in ages as he settles into being a reactive character much of the time in his befuddlement over Jesse.

Greater depth is found in his relationship with Viv, which soured when their mother passed away after a battle with dementia. While the film and Mills’ script is confident in showcasing the at-times petty ugliness that can come from a fight between siblings, it never forces drama for the sake of narrative conflict. When Johnny makes a mistake with Jesse or accidentally hurts his feelings, Mills makes sure Viv doesn’t attack with unwarranted anger but with the understanding that parenting is an ongoing learning experience.

It’s this idea that allows the film to be more than the sum of its parts. The story isn’t so much about Johnny learning how to be a parent or how to be more open, but a way to better understand the kids he interviews. To Mills’ credit, he extends a welcome amount of empathy into the subject of his film and Johnny’s journalistic venture.

That empathy is borne from a script that looks to explore the careful observance of children and the difference between being curious versus nosy. The film understands how astute they can be because they’re looking around constantly, taking in the world anew and looking to adults for guidance on how to react and feel. This opens up the story for much of its humor as we watch Jesse’s emotions take over, a perfect demonstration of children’s inability to articulate how they’re feeling.

Compare this instead with Johnny, who understands the emotions he’s experienced and has endured the loss of a parent and long-term relationship and knows that he’s wading through multiple forms of grief – but doesn’t want to express it. “C’mon C’mon” works as such a potent character study because it’s eager to showcase how Johnny can express his repressed feelings by trying to decipher Jesse’s. It’s why the interviews with the kids across the country ring so true as well: They lack the filters adults adopt and answer with authenticity.

If there’s a character that’s let down, denied the same level understanding, it’s McNairy’s. The depiction of mental illness could’ve been handled with with greater delicacy and insight, rather than used as a plot device for how others react.

The technical aspects further illuminate. The score by brothers Aaron and Bryce Dessner (of The National) is ethereal and ghostly, a hymn played to empty pews that balances perfectly the stark black-and-white palette of the film. Beautiful cinematography by Robbie Ryan captures the kinetic, on-the-go energy of city life where, no matter the time, someone is up and working. One scene in particular early in the film that captures a busy highway and its transportation is stunning, timeless in how it’s rendered while inherently modern.

“I’ll remind you of everything,” Johnny says at one point in the film, a statement that speaks to the larger picture of the film and its beauty. As a family, we remember everything, the good and the bad, and what makes us who we are as we grow. Film documents time and space; interviews record moments and observations. The film, along with much of Mills’ work, is a testament to the ability to bottle time and humanity’s perseverance of keeping memories and odes of loved ones. That’s what “C’mon C’mon” is, and why it’s so timeless – it’s captured the magic of a specific moment, of a relationship between three people and the love that keeps them moving.