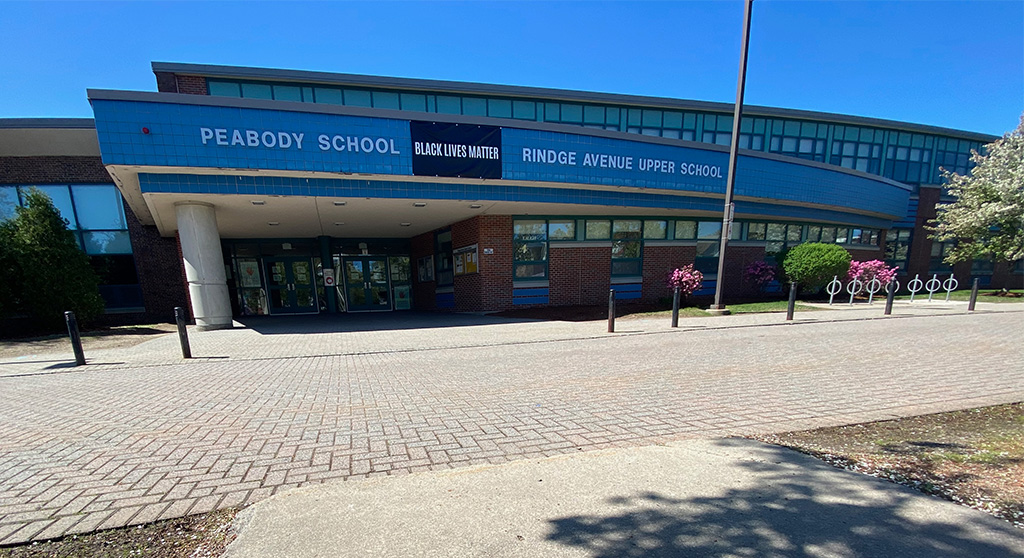 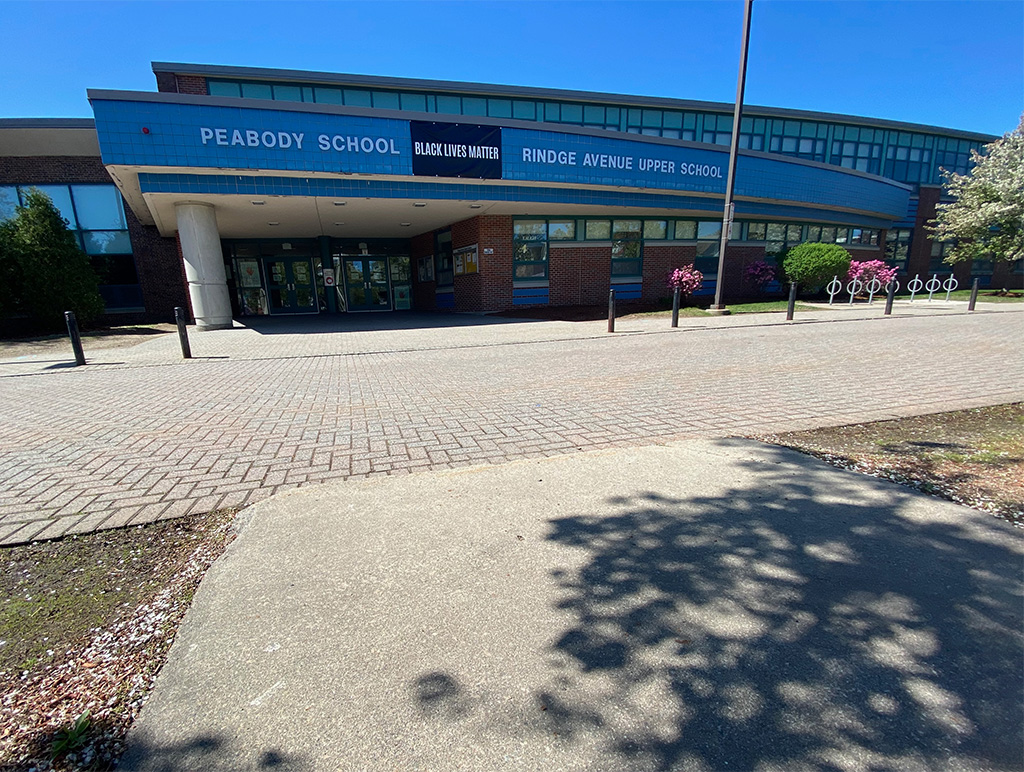 A threat of self-harm was received Monday that caused a shelter-in-place order at Rindge Avenue schools. (Photo: Marc Levy)

Students and educators at The Peabody School and Rindge Avenue Upper School were asked to shelter in place for more than three hours on Monday after police got a call from someone who “threatened to harm himself” outside the school.

When the Cambridge Police Department’s Cyber Crimes Unit was able to track down the caller, though, it was found “that they were not near the Peabody School – or the region, for that matter – as they had originally reported,” but were actually in the Midwest, said Jeremy Warnick, director of communications and media relations for Cambridge police.

The lockdown at the schools’ shared campus was put in place out of “an abundance of caution,” police said in language echoed by the school district.

Cambridge is working with a law enforcement agency in the Midwest to determine the motive for the call and whether charges will be pursued, Warnick said. The call may have come from someone suffering from a mental health crisis, he said, or may have been a noxious prank.

“It’s still early, but we are investigating this as a possible swatting incident,” Warnick said, referring to a term for creating a hoax 911 call with the goal of diverting emergency public safety resources to an unsuspecting person’s home or another location. In figures provided by Warnick, the FBI has estimated that swatting incidents rose to more than 1,000 nationwide in 2019, up from 400 in 2011.

The shelter in place was in place from around noon to 3:15 p.m. “At no time was there any threat to student or staff safety,” said Sujata Wycoff, director of communications for Cambridge Public Schools. She said the order was “due to some unrelated police activity in front of the schools.”