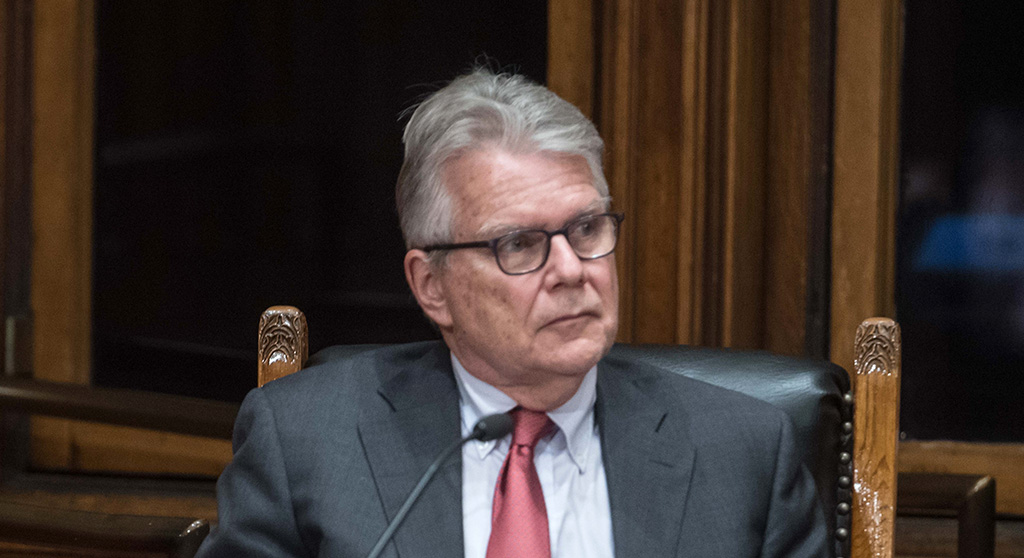 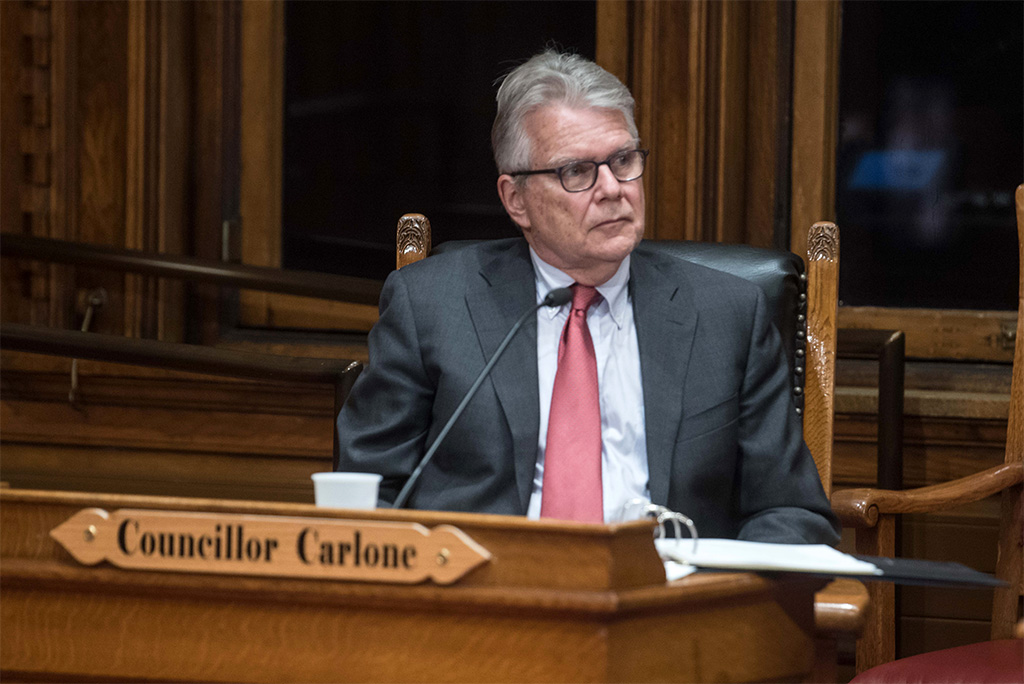 After years of effort, councillor Dennis Carlone got a campaign finance reform order passed Monday with a 7-1-1 vote.

The latest version of the law had been in the works for 14 months, and Carlone was part of two earlier attempts at campaign finance reform that he said “died by pieces” since he joined the council in 2013.

“This is the time,” Carlone said.

The law limits campaign contributions from people doing business with City Hall to $200 a year per candidate, affecting those seeking a special permit or upzoning, their family and employees – but not people signing a petition to endorse its consideration, a concern cited by some councillors. In other limitations clarified over the past weeks, the law enacted Monday doesn’t apply to labor unions or “affiliates” of those it limits to $200 in giving. The state limit is $1,000 from individuals.

The burden is on business applicants, not politicians; applicants must file disclosures viewable by the public, and can be denied their contracts unless a violating contribution is returned by the politician who got it.

One reason Carlone has struggled to get the law passed: Its role as a proxy over development, resulting from allegations over the past several elections that some politicians are funded by builders and others with real estate interests and will vote in developers’ interests.

That conflict played out in short form before the vote, as councillor Marc McGovern repeated a key objection to the proposed law: It limits people who wants to “upzone,” or add population density through development, but not those who resist it or even want to downzone, even though both could benefit financially – in the downzoner’s case, by increased property value on an existing home. “We should be limiting all money in politics, not only certain people’s money because we don’t like what they stand for,” McGovern said.

Though Carlone points doggedly to the ordinance as written applying to “anyone who seeks to do business with the city,” debate has often broken down by lines familiar from fights over zoning and development, even when those issues are largely unspoken.

Critiques from residents, mainly from people associated with A Better Cambridge, the city’s most powerful issues group and political action committee, were likely to call the law badly worded, convoluted, vague and vulnerable to legal challenge. Those critiques have been echoed by councillors sometimes seen as development-funded or friendly to efforts at weakening conservation districts and neighborhood groups, which are seen as filled with homeowners who resist development. When the current order arose at the council’s Dec. 6 meeting, E. Denise Simmons said she didn’t support the spirit of the change and suggested it “needs to be looked over” further, despite it having gone through an Ordinance Committee process.

“We are now post the election, we certainly have adequate time [and could take] a good three to six months to really parse this out,” Simmons suggested.

Councillors opposed to the law have suggested instead limiting campaign contributions to $200 across the board, which the Law Department advised would be a First Amendment violation.

The Law Department has kept an arm’s-length approach to campaign reform over the years, including ignoring policy orders asking it to write the law, Carlone said. This one borrows some language from a law Somerville adopted in 2016 and was reviewed and approved by the city solicitor, but that didn’t stop critiques of its construction or wording. That included by city solicitor Nancy Glowa herself, who was still reminding councillors that “this was not our language in the first place.”

The last hurdle faced by the law was whether it should go to the state Legislature for legal backing and delayed until the moment the state gave its blessing. While refusing to assess whether another city’s law was safer from legal challenge – vice mayor Alanna Mallon argued repeatedly that Cambridge should have wholesale copy-and-pasted Somerville’s law – Glowa advised that a home rule petition was needed. Mallon, citing Glowa, said it would be “reckless” not to. “We have been told repeatedly that if we put this into place, it will be challenged and they will win. So this language protects us,” Mallon said.

Other councillors said that wasn’t quite right – that Glowa had actually said any campaign finance law had to the Legislature, whether copied directly from Somerville or adapted and added to by Carlone.

But the distinction hardly mattered. Most councillors are on record as seeing the home rule petition process as where Cambridge laws go to die, Mallon included.

The solicitor has also previously advised against enacting laws without a home rule petition and been overridden by the council, Sobrinho-Wheeler noted, pointing to a law allowing live acoustic music in untraditional performance spaces such as stores and to a ban on police using tear gas and other crowd control chemicals. In both cases, Mallon voted for the law without a home rule petition, in defiance of the city solicitor.

Even retiring councillor Tim Toomey believed that “either way, we are going to face a legal challenge,” and when the amendment came to a vote it failed: Mallon, McGovern, Simmons and Toomey backed it, but needed one more vote. A related policy order for a home rule petition that wouldn’t affect the campaign reform law’s enactment was tabled permanently by unanimous vote.

When the campaign reform law came up for a vote without the need to go to the Legislature, it passed with only Toomey opposed. Simmons voted “present.”