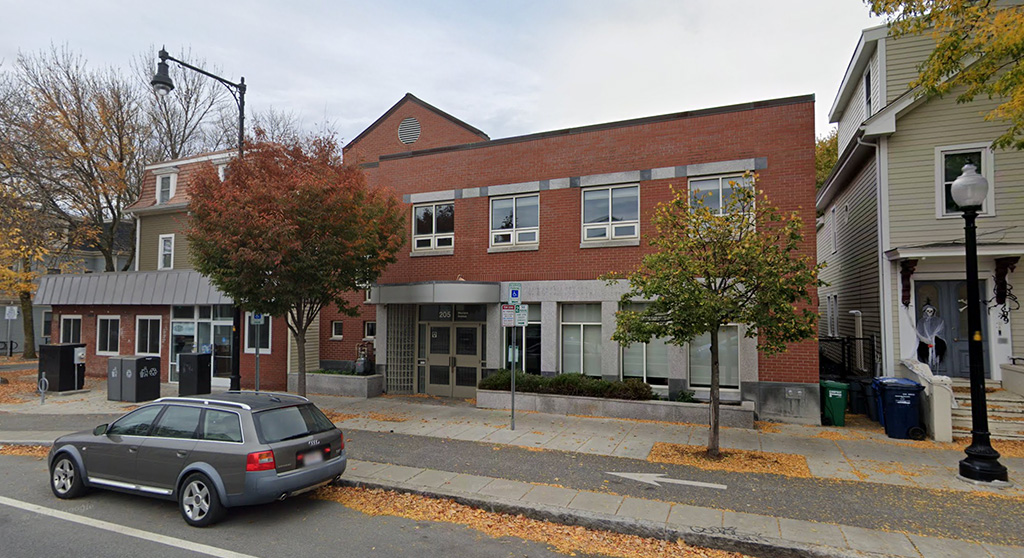 The Holistic Emergency Alternative Response Team hoped to use an empty, city-owned building such as 205 Western Ave., the former Riverside Health Center, for office and drop-in space. (Photo: Google)

The city is heading toward creation of its own Department of Community Safety as a policing alternative for working with the unhoused, those living with mental illnesses and those with substance use disorders, rather than relying on a community-created nonprofit called the Holistic Emergency Alternative Response Team, officials said at a Tuesday meeting.

A city plan costing approximately $3 million annually, including $1.5 million for contracted services with community partners such as Heart, was heard Nov. 17. The Heart plan for a system separate from the police department was heard Tuesday at a Public Safety Committee led by councillor Quinton Zondervan. Heart’s founders asked for $2 million in startup funds: $1 million for 20 responders who will be paid $50,000 each, with the rest allocated to salaries for five full-time and one part-time staffers, with benefits, supplies, technology and other items.

Heart is looking to use an empty, city-owned building such as 205 Western Ave., the former Riverside Health Center, for office and drop-in space. The city’s Department of Community Safety might be in the police department’s Robert W. Healy Public Safety Facility but “clearly will not be part of the Cambridge Police Department,” City Manager Louis A. DePasquale said in November. “We are looking at alternative spaces as well.”

Both plans respond to a City Council request for research on unarmed alternative emergency response programs from June 2020, as Black Lives Matter protests grew – a reaction to the latest wave of deaths of people of color at the hands of police.

The city’s presentation in November was met with dissent from Cambridge residents, with many voicing concerns about a reformist approach that would not yield fundamental changes. That universal reaction among public commenters hadn’t changed anything by December.

“The city is creating a department that is going to be handling those calls as the first response,” DePasquale said. “When it comes to how those services would be supplemented, that’s where we have flexibility in working with an agency” such as Heart.

An order presented by Zondervan at the end of Tuesday’s committee hearing asked that the city pay for Heart through Cambridge’s $65 million in federal American Rescue Plan funds. With the legislative term at an end and the council re-forming next year with two new members, Zondervan’s order could not be presented to the full council as anything but part of a meeting summary.

In addition, a state “anti-aid amendment” means the city “cannot simply give an entity or person $2 million, or $200,000, to hire staff, to buy equipment and pay rent,” city solicitor Nancy Glowa said. “Any money that we give has to be related to a service that’s actually being provided. And nothing in [Zondervan’s] wording shows how the service has been provided.”

What’s suggested isn’t unique, though: The city outsources services such as the running of homeless shelters and warming centers through existing agencies, and provides funds so the agencies can ramp up to provide the agreed-upon services, though “I can’t think of a time where the city funded the creation of the organization to then deliver the services that the city was looking to find,” said Ellen Semenoff, assistant city manager for human services.

Heart does exist as an organization, Zondervan noted. It just doesn’t have the capacity to deliver the needed services without more funding.

“Heart was not developed by wealthy people, and we don’t have access to alternative funding. If we don’t get support from the city, there is a very clear chance that we may not be able to implement the program as designed,” said Stephanie Guirand, a founder of Heart. “We’re appealing to the city for additional support. If the city does care about its low-income, undocumented and unhoused residents, we really do encourage you to help think with us on alternative resources.” 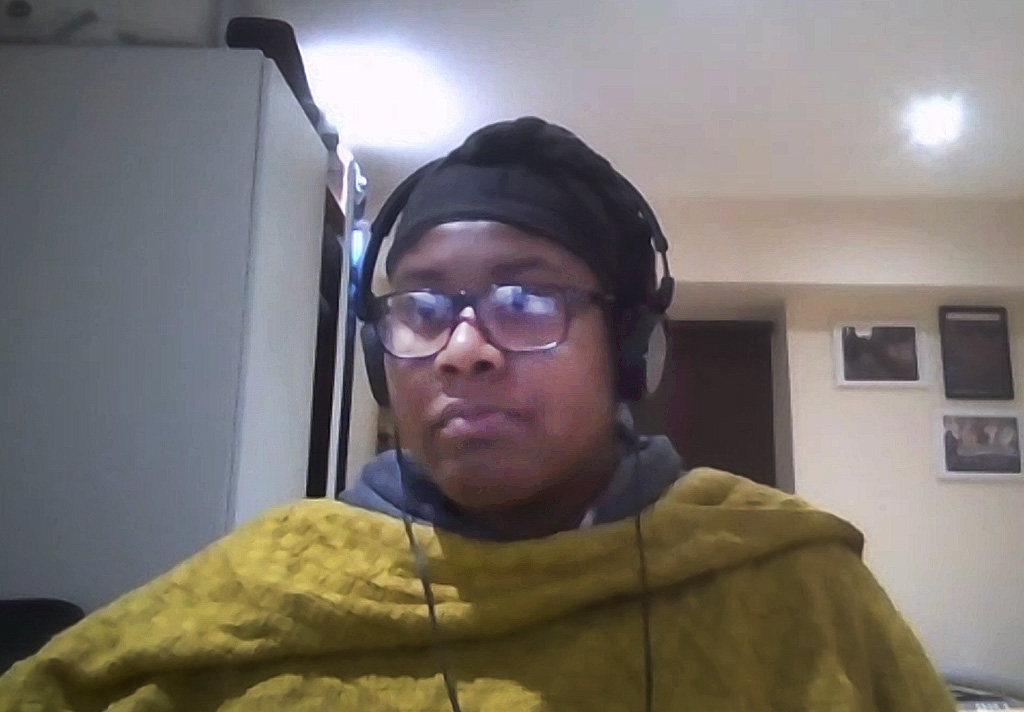 Stephanie Guirand, a founder of the Holistic Emergency Alternative Response Team, in a screen capture from a Tuesday meeting.

The door was not shut on that, though officials said the city’s own Department of Community Safety will be set up and take dispatch calls. “I don’t see us changing that at this point,” DePasquale said Tuesday. “There are ways we can have additional support,” and giving Heart a co-dispatch role after a relationship has been set up and a track record determined “is exactly similar to the kind of approach we’re thinking about … we can hand off to them. We are in those discussions, but that’s not going to happen tomorrow.”

It was clear there would be some policy issues to work out.

Christina Giacobbe, director of emergency communications, said at the same December meeting that the city’s alternative response program “is not proposing a co-responder model. We’re just saying that as we’re connected to the emergency services, when needed we can draw through those services to get additional resources.” 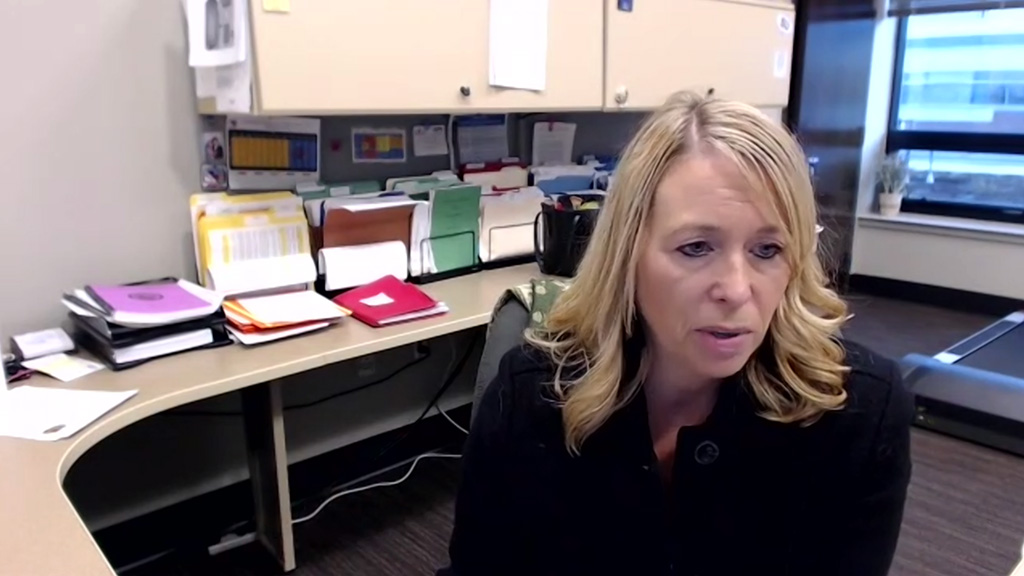 Christina Giacobbe, the city’s director of emergency communications, during the Tuesday meeting by video.

From the community side, Anne Janks said the organization Heart is modeled after – Cahoots in Eugene, Oregon – is also “not a co-response model. Cahoots responds without police,” though a good relationship means that sometimes police “will call them to a situation when the police realize Cahoots is a better response.”

Despite the differences, Zondervan said he was optimistic.

When the council returns Jan. 10 it may choose a different mayor from within its ranks, and committees will be reassigned. But Zondervan is returning, and could be reappointed to the Public Safety Committee, which would likely revive a funding order for Heart.

The December meeting dug into details about Heart, starting with a description by Guirand. “What if when someone calls for help, we give it to them, right there and then? And we give help in the form of mutual aid, or transportation, or information or companionship, or deescalation,” Guirand said. She spoke about their own experience with homelessness in Cambridge and as “the product of a low-income, single-parent female-headed household,” explaining that Heart was “developed by the community of people who were underserved, as well as those who have the time and will to allocate to thinking with those people.”

Sara Suzuki, development coordinator for Heart, expanded on that to note that Heart sought advice from the Black Response, an organization separate from it, and was developed in a transparent manner with the community. Suzuki called Heart’s development a “participatory action research process with the community” that involved multiple rounds of in-depth interviews with community members and surveys with residents, youth respondents and with the unhoused that were conducted with the Material Aid and Advocacy Program, a Cambridge nonprofit spun off from the American Friends Service Committee since its founding more than 75 years ago.

Out of more than 400 Cambridge residents surveyed, 82 percent responded that an alternative public safety program in Cambridge needs to operate outside of the Cambridge Police Department, Suzuki said.

Rachel Bolton, program and outreach organizer at MAAP, said she is constantly having conversations with people about their experiences with the police. At the beginning of the pandemic, community members were asked to list their advocacy priorities. “Almost everyone who responded highlighted negative interactions with the police and the need for community-based public safety response that’s completely separate from the police,” Bolton said.

“Community members when they’re in crisis or in conflict seek immediate material support, whether that’s food or housing or transportation or medicine. They seek the ability to get to safe places quickly. They want someone who will listen to them, who can speak their language, who can be present with them. They want to be treated with respect and dignity regardless of their current situation,” Suzuki said. “Heart is designed to respond to everyone in crisis, but it has been explicitly designed to serve the most marginalized populations in Cambridge who are presently underserved by the existing system.”