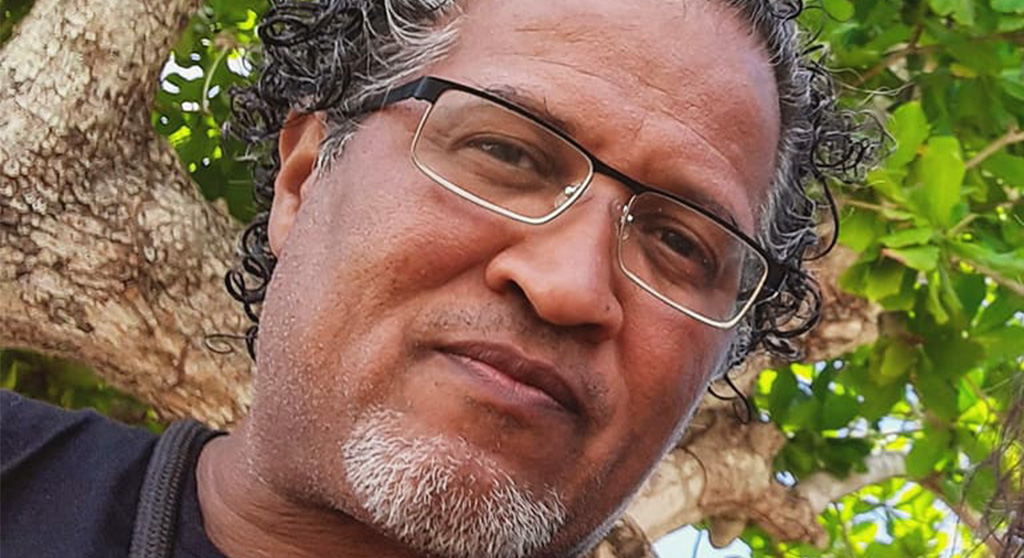 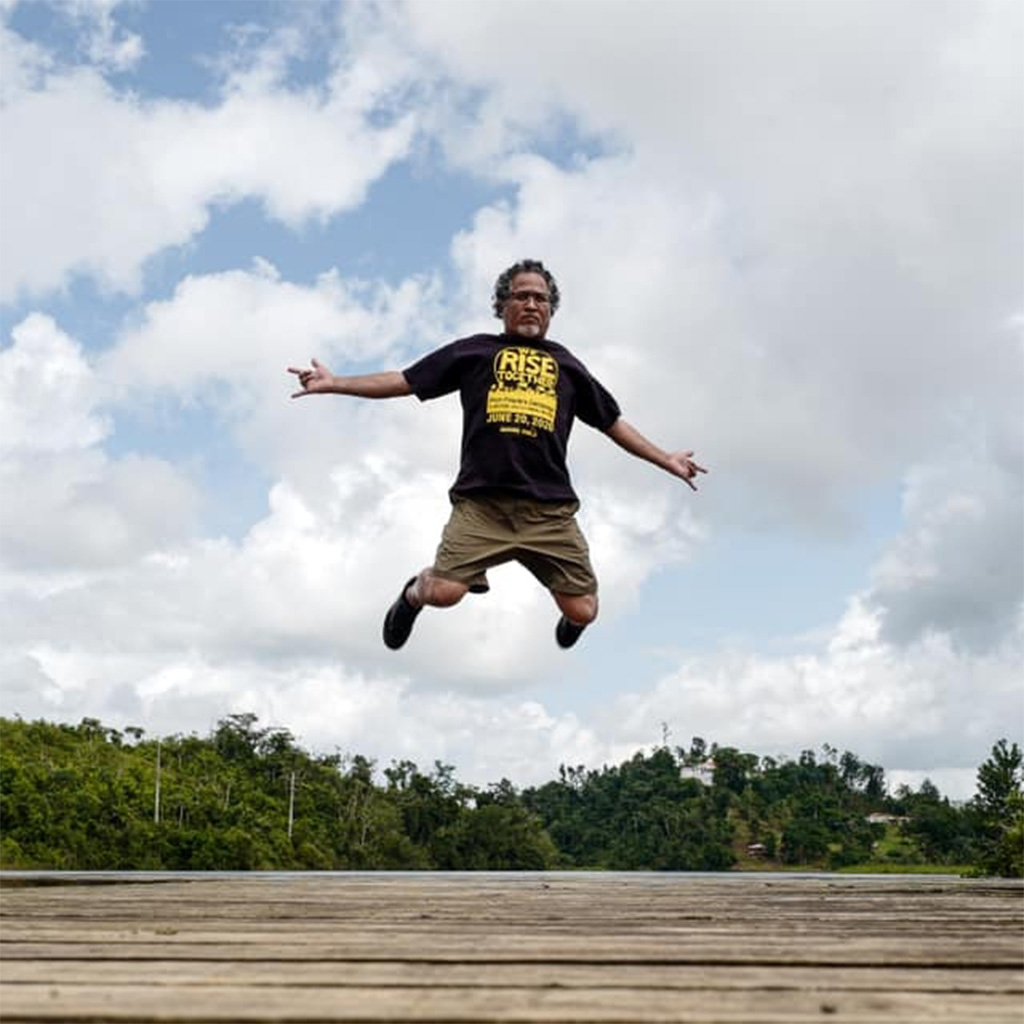 Cotto plans to begin at the BID on Jan. 31 as he wraps up work at the Mass Cultural Council, where he is program manager for cultural districts (including Central Square), and learns from current executive director Michael Monestime.

“We are in good hands,” Monestime said Monday. “Luis will continue our vision of making Central Square a vibrant, clean and safe place for all our stakeholders.”

While Cotto expects to have his hands full grappling with Covid’s effects on the institutions of Central Square, especially in winter, and a third-season schedule for the outdoor Starlight Square complex, he said Monday that he hopes to put his touch on the square as well.

“I’m a big fan of literacy-based programming,” Cotto said. People can expect a local celebration of April as National Poetry Month, as well as free outdoor films like the kind he’s offered in past roles in Connecticut and across the river. He was executive director of the Egleston Square Main Street organization, serving a community on the border of Roxbury and Jamaica Plain, for more than four years before joining the Mass Cultural Council in September 2018.

As a Hartford, Connecticut, native – the son of Puerto Ricans who settled there in the 1960s to work in the nearby Tobacco Valley – he also because active in politics, and served as a Hartford city councilor from 2008 to 2012. After moving to Cambridge to support the work of spouse Mercedes Soto, he was friendly with politician Ken Reeves and various other city councillors and did a stint as co-director of The Democracy Center in Harvard Square. Until he started work with the state, he was on the advisory board for the Cambridge Arts Council; Cotto said its director, Jason Weeks, was the first Cantabrigian he met after being introduced by a friend in Connecticut.

“Luis knows what it’s like to be close to retailers and business owners and developers and works very hard to bring everyone together and get everyone to yes,” Weeks said Tuesday. “And anyone who’s held elected office is deeply invested in constituent services and will know how to work with the City Council and administration – that language is portable. It makes him a crack candidate.”

The political experience and connections may come in handy. Even after the coronavirus pandemic fades, the executive director must ensure the ongoing success of Central Square as a destination despite real estate price pressures that make it harder for small businesses, the arts and nonprofits to stay. That means some policy work as well, overlapping into issues of affordable housing and convincing the city that it’s time to reassess its cultural assets – the kind that won it state designation as a cultural district in 2012.

“At what time will the city redo an asset mapping and see that those numbers have halved or whatever they are? How long before you say ‘Hey, this is no longer the space that applied for the designation,’ and what does that mean for us as a district, but also as a city?” Cotto said. “It’d be cool if the [art uses] were all finding space in the city. But are they all going to Somerville? Or Medford?”

Stepping back from a statewide role may have been a hard decision for many people, Weeks said, but he believes Cotto “wants to be making positive change on the daily – and in this job you don’t just get a chance to do that, but you have to do that.”

In addition, Cotto is a Central Square resident and “not just dialing it in,” Weeks said, and is also “just a hell of a guy. No one I know has a hard time communicating and connecting with Luis. He’s lovely and decent human being, and especially at this time, that level of attention and care and concern will set him up well with everything in that Central Square mix.”

According to the BID, Cotto will lead a staff of 17 and help direct a budget of around $2.5 million – figures that grew during Monestime’s tenure starting in October 2016, when he replaced the outgoing Robin Lapidus in leading the Central Square Business Association. Three years later Monestime led a successful effort to form the dues-collecting business improvement district. The search for his replacement began in September with news that Monestime would begin work elsewhere and take a seat on the organization’s board of directors. 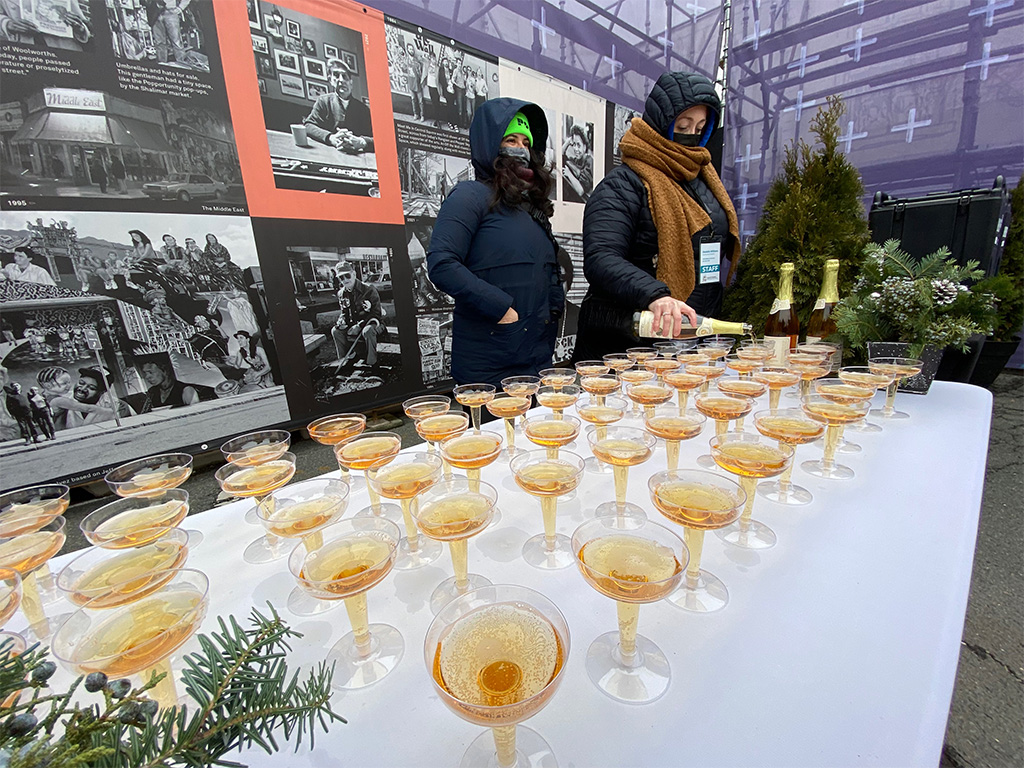 Cotto said that it was Monestime who called to recruit him.

“It took me a while to warm up to putting my hat in the ring. And part of it is just the intimidation factor – it’s a huge organization, and I’ll be following in Michael’s footsteps, which are some big shoes to fill,” Cotto said. “Eventually I just decided to do the thing – after some prompting from my spouse, who reminded me that I’m my own biggest critic.”

Cotto first met for “great conversations” with two bodies of the BID’s roughly 18-member board, which is formed largely of Central Square business owners and leaders of nonprofits. The board voted Dec. 22.

The process also included meeting the BID’s “awesome” ambassadors and homeless outreach workers and reconnecting with creative director Nina Berg, whom he met over a Parking Day project years ago. “I’ve been a big fan of hers, so her being on the team was a big plus,” Cotto said. “Everyone always says that when you’re interviewing, they’re interviewing you and you’re interviewing them. The scales tipped heavily toward me ‘falling in love with the car’ when I met the team.”