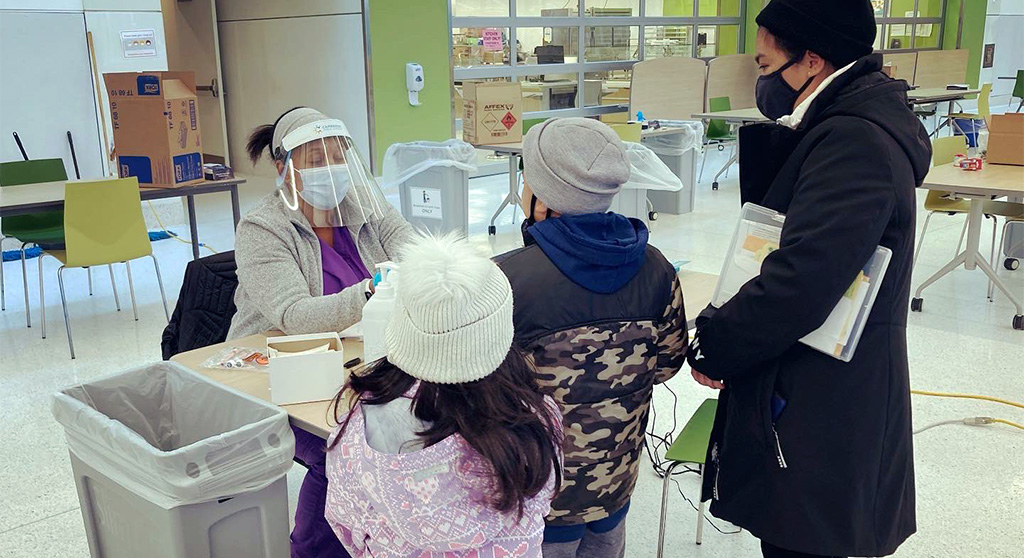 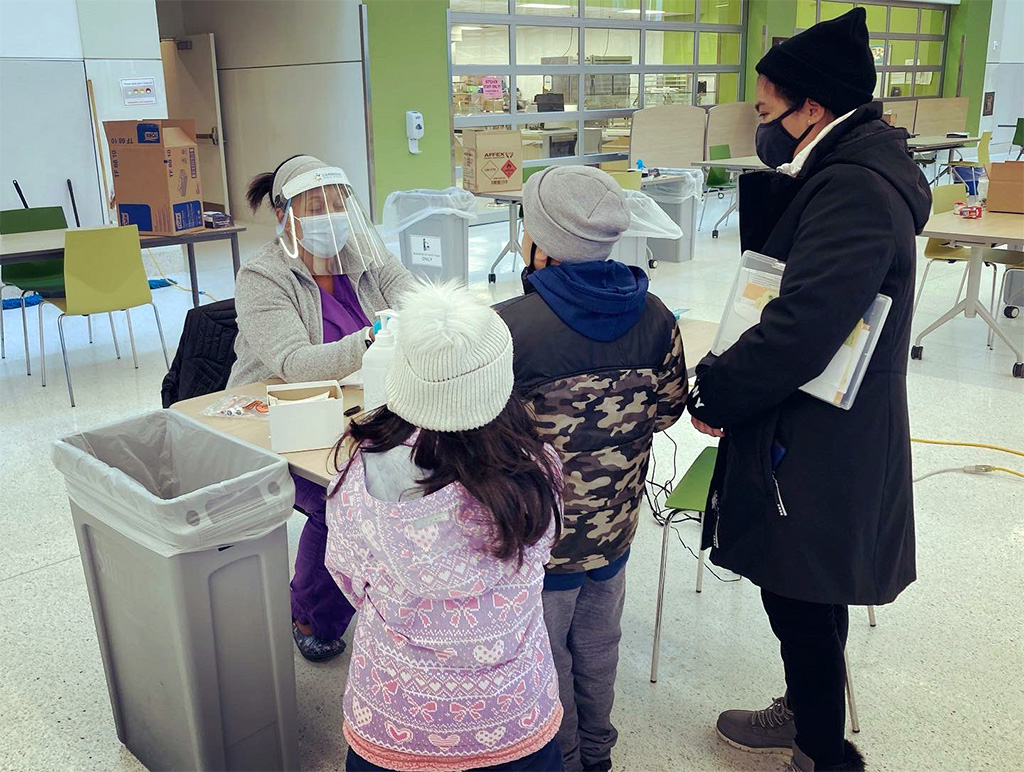 Covid tests for students are administered Monday at the King Open elementary school in the Wellington-Harrington neighborhood. (Photo: Cambridge Public Schools via Twitter)

Cambridge Public Schools opened its doors Wednesday after closing for two days of districtwide student and staff Covid testing – but due to the scale and complexity of the effort, many families and students awaited results even as schools reopened.

Long lines at some school sites on Monday, a new testing process and a surge in demand that has taxed testing facilities converged, resulting in delayed answers.

The district tested approximately 3,500 students at four sites on Monday, interim superintendent Victoria Greer said in an email to families early Wednesday. Tuesday was set aside for processing results.

The testing process was more complex than the district’s standard weekly surveillance testing, said Mackenzie Shubert, a nurse at the Fletcher Maynard elementary school who participated in the testing program. Staff collected two sets of samples from each person, placing one in a pooled test and reserving the second for an individual PCR test if the pooled test was positive.

But individual test results were not available late Tuesday due to a high volume of tests that led to processing delays at the Broad Institute, according to a district website.

The Broad Institute was to send an email to parents if a student tests positive, and parents were asked to monitor their email for a message. In addition, the district said it would make robocalls to parents if test results are positive. School principals will be notified as well.

It wasn’t clear if parents will be notified of negative test results.

The total number of students tested before schools opened Wednesday is uncertain, as the district encouraged families to bring students to city testing sites as an alternative to Monday’s school locations, and it was not made clear by the district if these results are shared with the district.

If a student gets a positive test result while in school, they will be removed from class and caregivers will be notified to pick up the student immediately and begin quarantine.

“It is important that if your child is experiencing even the smallest or simplest of symptoms – that is, anything from a runny nose to even a low-grade fever, anything that resembles Covid symptoms or even flulike symptoms – please keep your child at home,” Greer said.

On Sunday and Monday, staff were able to pick up the state-provided rapid tests and at least 1,135 of around 2,000 did, said Sujata Wycoff, director of communications for the district, in an email sent early Wednesday. One hundred and forty-six staff members reported testing positive for Covid, some of whom may have tested at a community site or used a rapid test they already had. Among those were 129 who work directly with students, including teachers, paraprofessionals and counselors; nine in administration; three in operations, such as custodians and food service workers; and five from school health staff.

Greer attended a Tuesday meeting of the School Committee virtually because she and her family are isolating after her children tested positive.

This story is rapidly changing and will be updated.