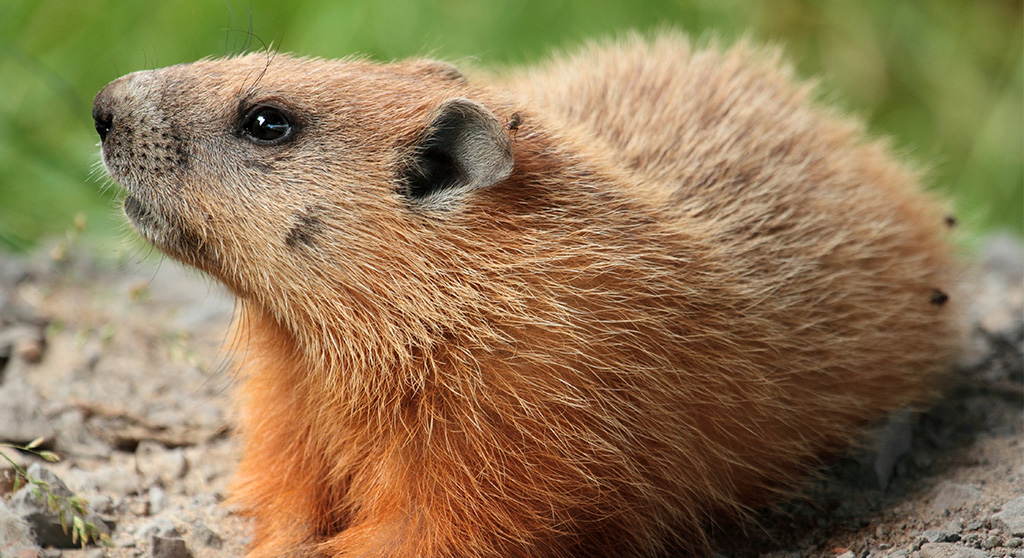 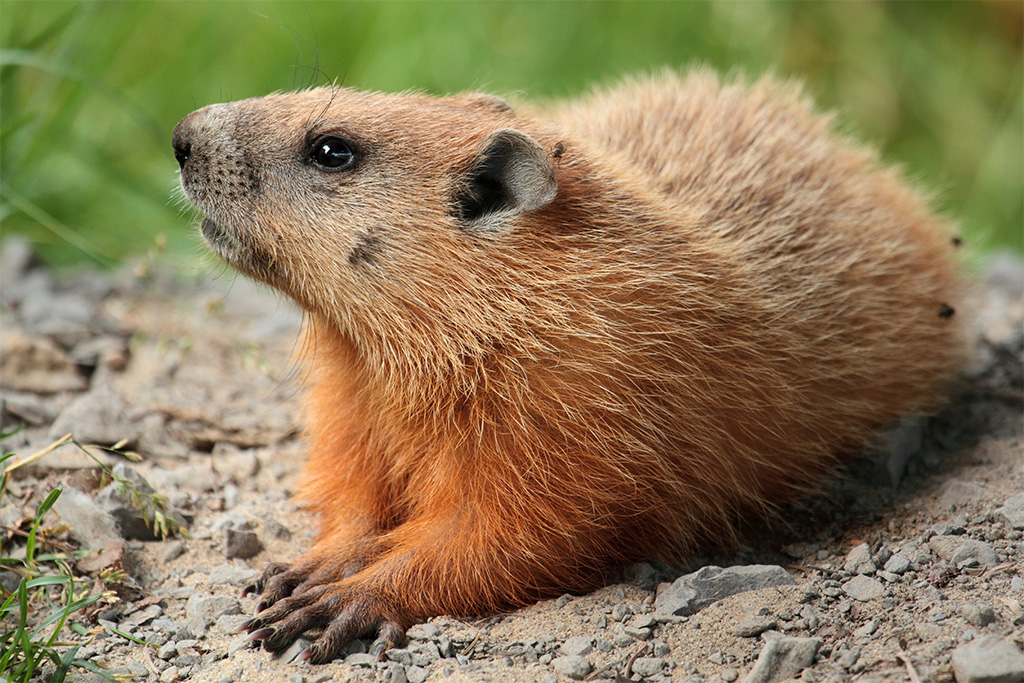 Groundhogs are the largest species in the squirrel family. (Photo: Simon Pierre Barrette via Wikimedia Commons)

Folklore has it that if a groundhog emerges from its burrow Feb. 2 and sees its shadow, six more weeks of winter will follow. If the groundhog does not see its shadow, spring will soon arrive. The Pennsylvania Dutch first brought Badger Day (Dachstag) to North America and adapted it to the common local critter, the groundhog. James L. Morris, a Welshman living in Pennsylvania Dutch Country, described the tradition this way: “Today the Germans say the groundhog comes out of his winter quarters and if he sees his shadow he returns in and remains there 40 days.”

In Europe in the Middle Ages, Feb. 2 was a traditional day of settling debts between landowners and tenants. It is also the approximate midpoint of winter – this year the exact midpoint is 10:46 p.m. Feb. 3), so it makes sense that people would start to think about the arrival of spring. Even before animals entered the picture, the the future was foretold by the weather on Candlemas, which falls on Feb. 2, according to this Old English rhyme: “If Candlemas day be fair and bright/Winter will have another flight./If Candlemas brings clouds and rain/Winter will not come again.” In Germany, Candlemas was known as Badger Day. According to this tradition, if a badger emerged from its den and saw its shadow, four more weeks of winter would follow.

In the United States, the most famous groundhog prognosticator is Punxsutawney Phil, who every year in western Pennsylvania makes his weather prediction to great ceremony and media attention. Analysis of Punxsutawney Phil’s weather predictions show that Phil is correct about 40 percent of the time. You are more likely to be accurate by expecting the opposite of whatever Phil predicts. 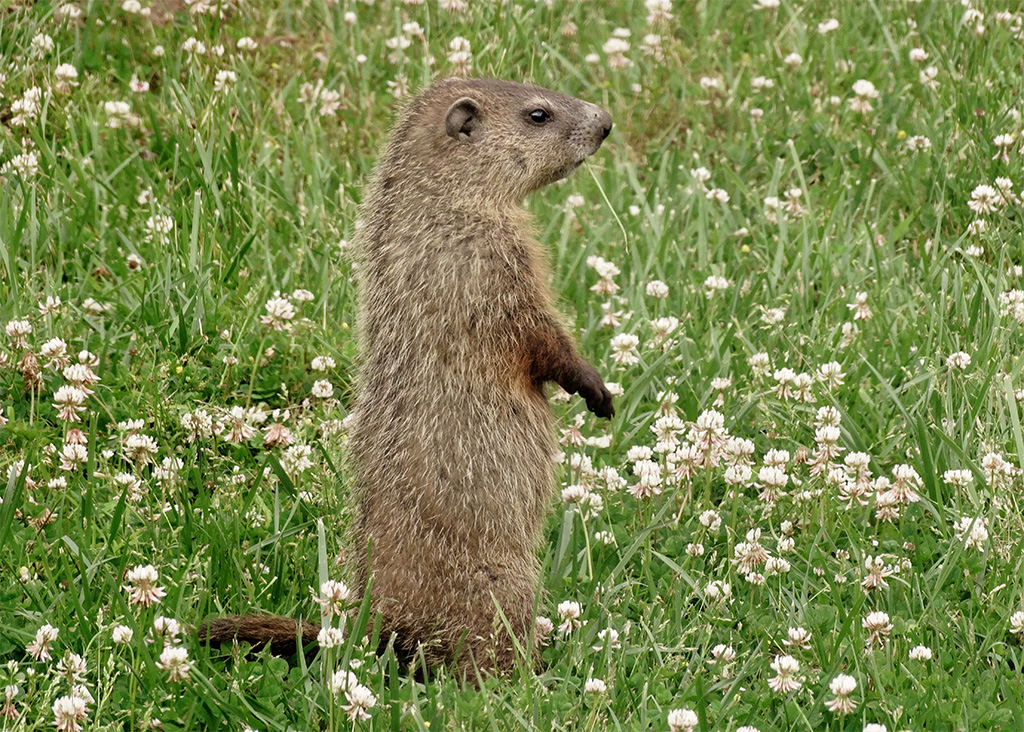 In our area, groundhogs mostly hibernate in underground sleeping chambers from late October through at least March. During hibernation, a groundhog’s breathing slows, its heart rate falls to about four to 10 beats per minute, and its body temperature drops to as low as 35 degrees Fahrenheit. Hibernation consists of four to 10 days of torpor followed by one to five days of awakening. Groundhogs dig burrows below the frost line; they would freeze in winter otherwise, since their body temperature is so low. Their sleeping chamber remains at a steady temperature above freezing all winter. 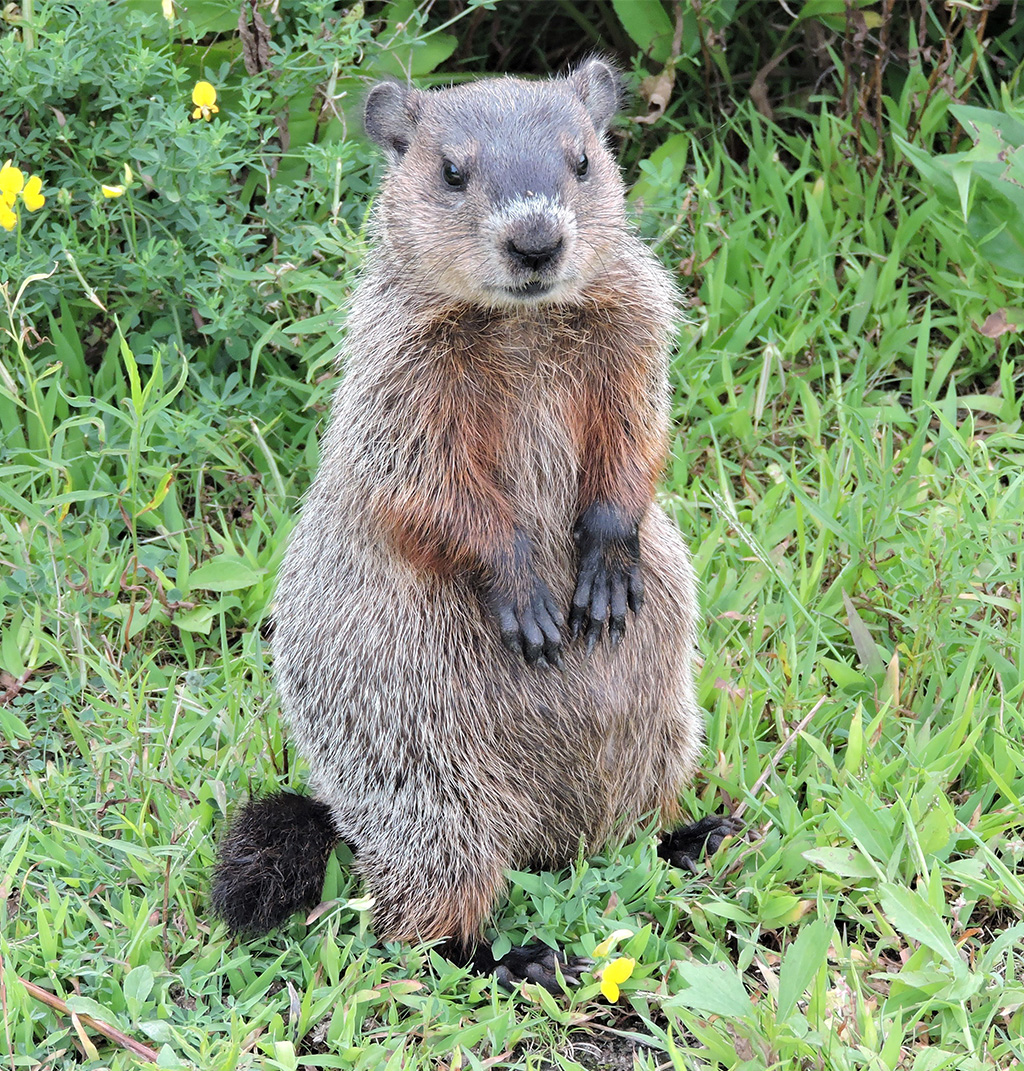 A groundhog in the Alewife Reservation in August scans its surroundings for danger. (Photo: Ann Schlesinger)

Groundhogs awaken and warm themselves from time to time during the winter to decrease the negative effects of hibernation. The larger the groundhog and the more fat it has stored, the less time it spends hibernating. Males hibernate less than females. (There is a hypothesis that humans still have the genes necessary to turn hibernation on and off, including the ability to slow the heart rate, which could have applications during medical procedures or when injured.)

In February – but not necessarily on Groundhog Day – male groundhogs emerge from their dens to search for females. About a week later, the females emerge and stay near the entrance to their burrows. The male groundhogs introduce themselves to the females, and both sexes go back into their burrows to hibernate until spring, when they reemerge to mate. About a month after mating, females typically give birth to three to five babies. The babies mature in about three months; they then leave their mother to dig their own burrows, which are up to 40 feet long and as deep as 6 feet below the surface. 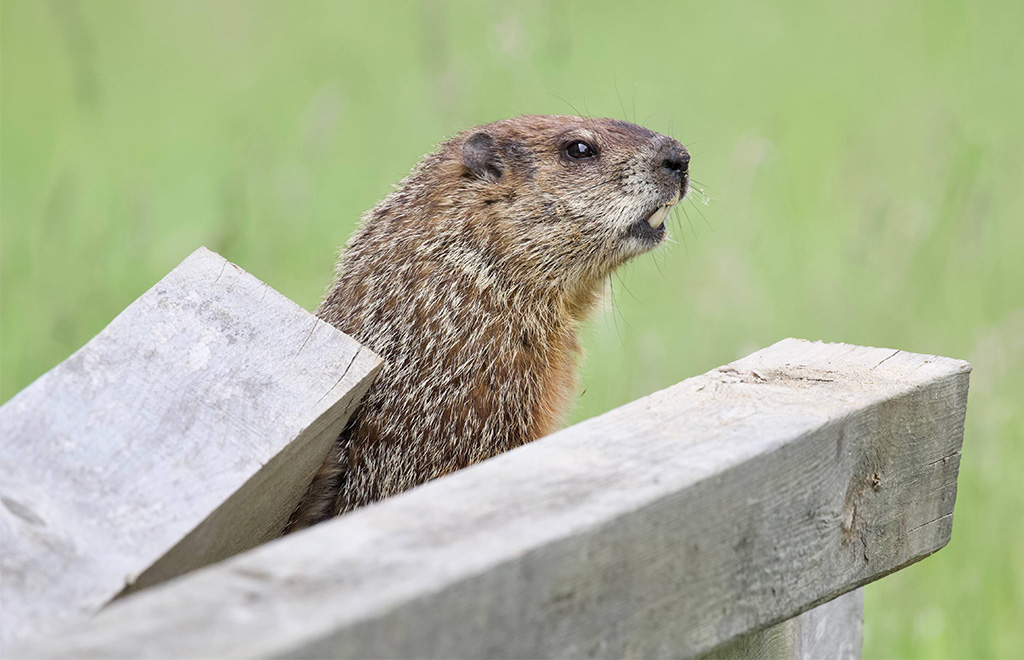 Because a groundhog chews so much, its upper and lower incisors never stop growing. (Photo: Brian Rusnica)

In the spring, groundhogs eat rapaciously, so it is not too surprising that a groundhog’s incisors grow about 1/16th of an inch per week during this time. In June, the metabolism of groundhogs slows so their weight increases even as they eat less food. They double their weight and produce fat deposits that help them survive the winter. Groundhogs stop eating in September. Unlike some animals that store food for winter, groundhogs store fat so they do not have to eat during the winter.

Groundhogs are also known as woodchucks, whistle pigs or land beavers. The term woodchuck is from an Algonquian word wuchat, which means “digger.” Groundhogs are rodents, one of 14 species of ground squirrels, or marmots. They are the largest member of the squirrel family, up to 2 feet long and weighing about 13 pounds. 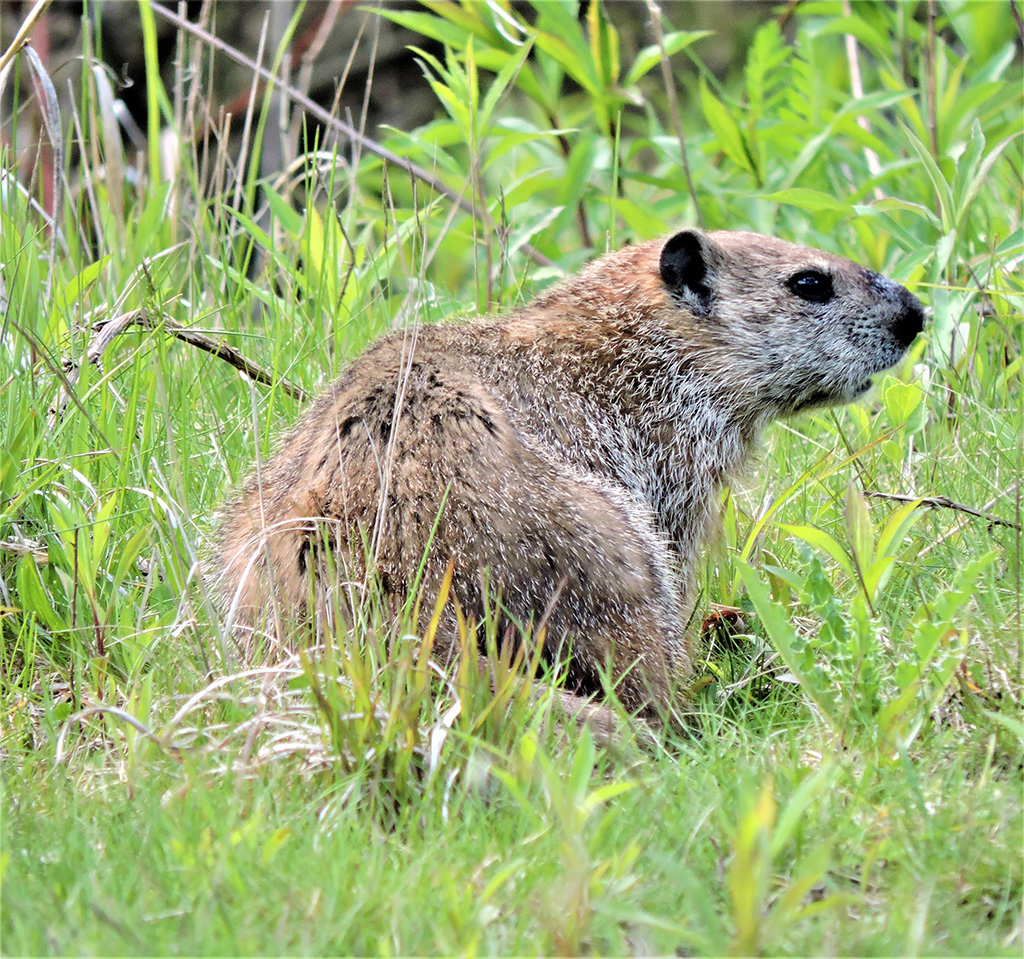 In June, a groundhog’s metabolism slows down so that its weight increases. (Photo: Ann Schlesinger)

I came to love my rows, my beans … I cherish them, I hoe them, early and late I have an eye to them; and this is my day’s work … My enemies are worms, cool days, and most of all woodchucks. The last have nibbled for me a quarter of an acre clean.

In 1883, the Woodchuck Committee of the New Hampshire senate generated this report about woodchucks:

The predatory habits of the animal make it the common foe of mankind, for it is a sneak-thief, first, last, and all the time. As the woodchuck cannot be sued for trespass or imprisoned for larceny, the only thing left is to fight it to the bitter death. Like thieves in all climes, the woodchuck remains securely concealed in its hole for a great part of the day. Its only purpose in venturing forth during the daytime is to get a good lay of the land … The woodchuck devours corn, vegetables of all kinds, even pumpkins, and it just dotes on nice grass … Your committee has given this important subject a most thorough examination, and finds the woodchuck one of the worst enemies even known to the farmer … Your committee is confident that a small bounty will prove of incalculable good; at all events, even as an experiment, it is certainly worth trying.

Despite the fact that some people will do whatever they can to rid themselves of groundhogs, the creatures are plentiful in Massachusetts and not endangered. They even have some benefits. Did you know that many species of animals – including rabbits, raccoons, foxes, chipmunks and birds – use abandoned groundhog burrows for shelter? Or that groundhogs may eat pest species, such as snails and grubs? Groundhogs are also the best nonhuman model for studying hepatitis B and liver cancer, and they are important models for studying obesity, endocrinology, biological rhythms and metabolism. 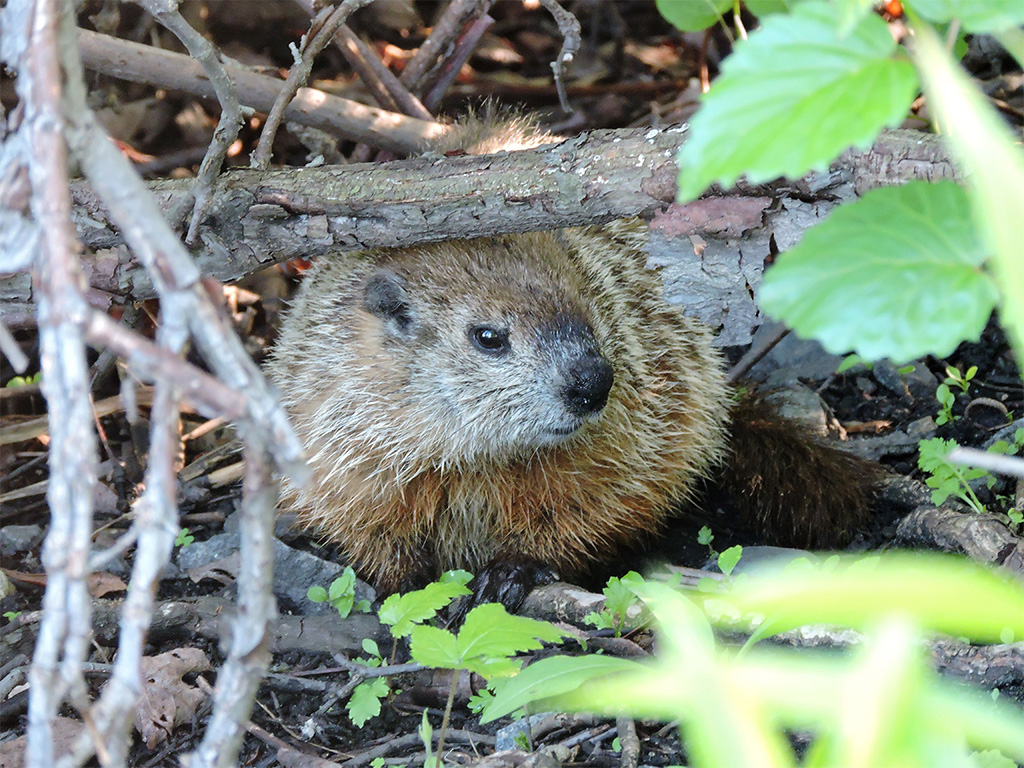 A groundhog that has recently emerged from hibernation in the Alewife Reservation in May 2018. (Photo: Ann Schlesinger)