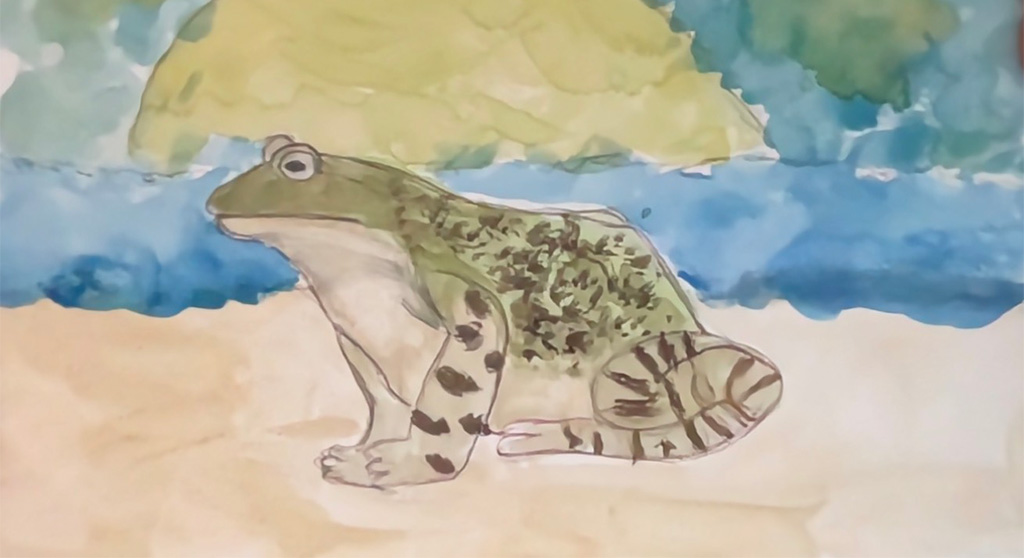 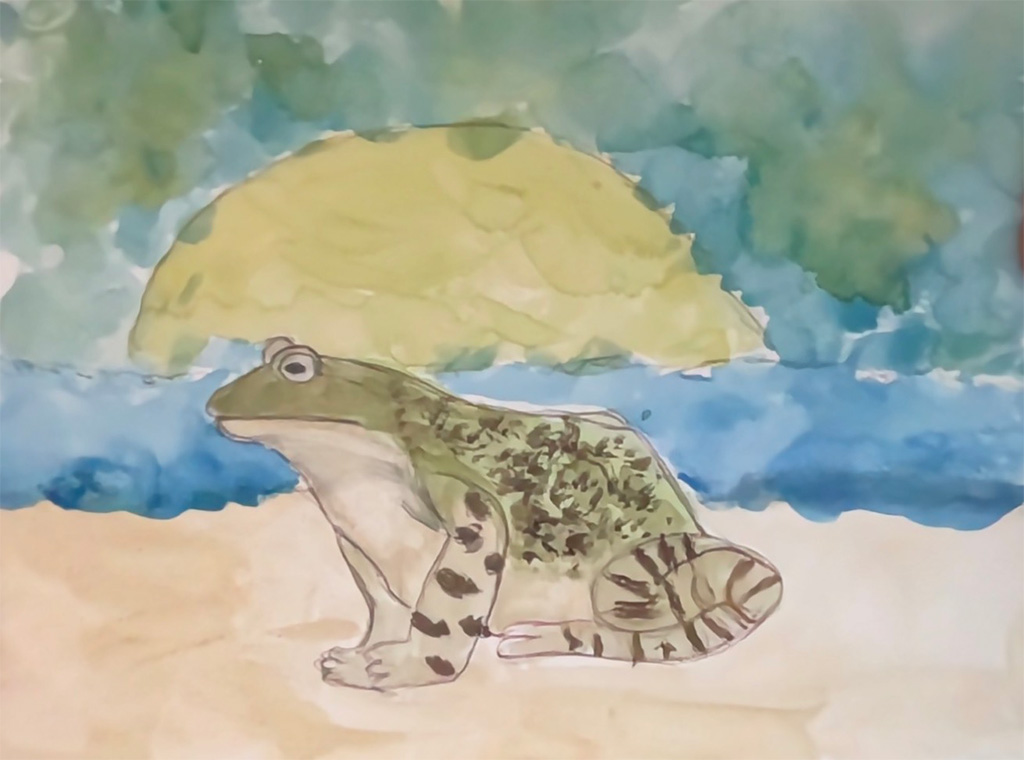 The American bullfrog drawn by Olivia D. was a winner in the third year of the Cambridge City Nature Art Challenge.

The third year of the Cambridge City Nature Art Challenge wrapped up Wednesday, with 28 winners and honorable mentions named by the sponsors Green Cambridge and Cambridge Local First.

There were 106 works of art by students from first grade to middle school, who could choose subjects from among 2,235 species of animals, plants and fungi, said Julie Croston of Cambridge Wildlife Arts, part of Green Cambridge’s environmental education programming. In the first year of the challenge, there were only 357 species of animals that could be drawn, limited to whatever animals were spotted during the four-day Boston Area City Nature Challenge.

“We decided to move the timing of the contest earlier and to represent the full breadth of species resident in the city more fully, not just those that happen to be observable in such a narrow window of time every spring,” Croston said.

Still, many of the winners – two in each grade up to middle school, where all grades shared two – opted to draw animals over plants and fungi, including the American bullfrog by fifth-grader Olivia D. of the King Open School, great blue heron by third-grader Evan W. of the Graham & Parks School or Northern flicker by first-grader Iiris L. of the Morse School. 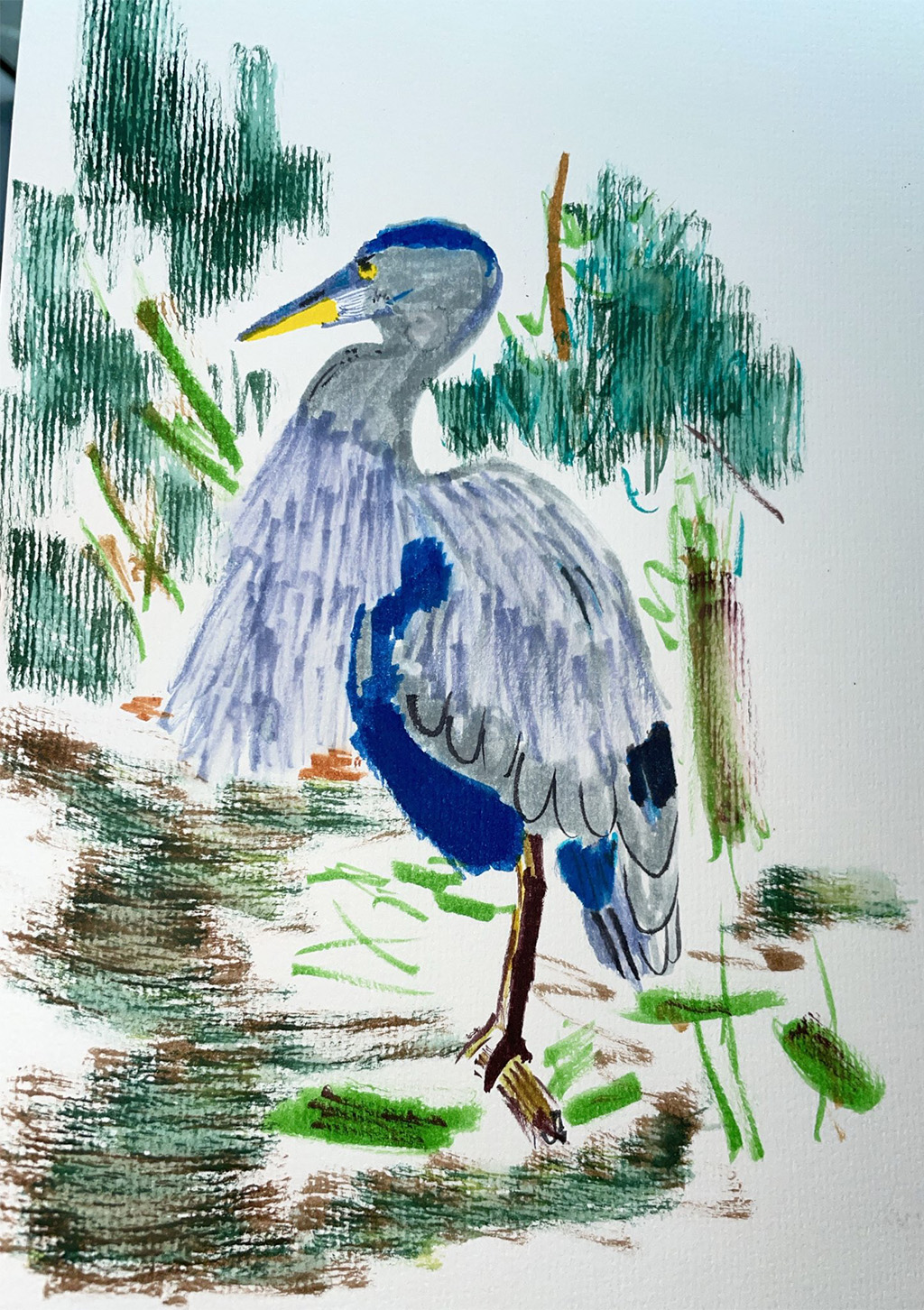 Evan W.’s great blue heron is another winner in the challenge.

The judges are artists: Rocky Cotard a Haitian raised in Boston and graduated from Lesley University whose solo exhibition of portraits, “Know Your History,” was at Concord’s Ishibashi Gallery over the winter; and Zhonghe (Elena) Li, a Cantabrigian born in mainland China who was artist-in-residence at Mount Auburn Cemetery last year. Her current project on species extinction and biodiversity is supported in part by Cambridge Arts and the Massachusetts Cultural Council.

Green Cambridge and Cambridge Local First recognize the winners with gift certificates of $50 from businesses that are members of CLF. Students may also see their art displayed as posters in the windows of local businesses. 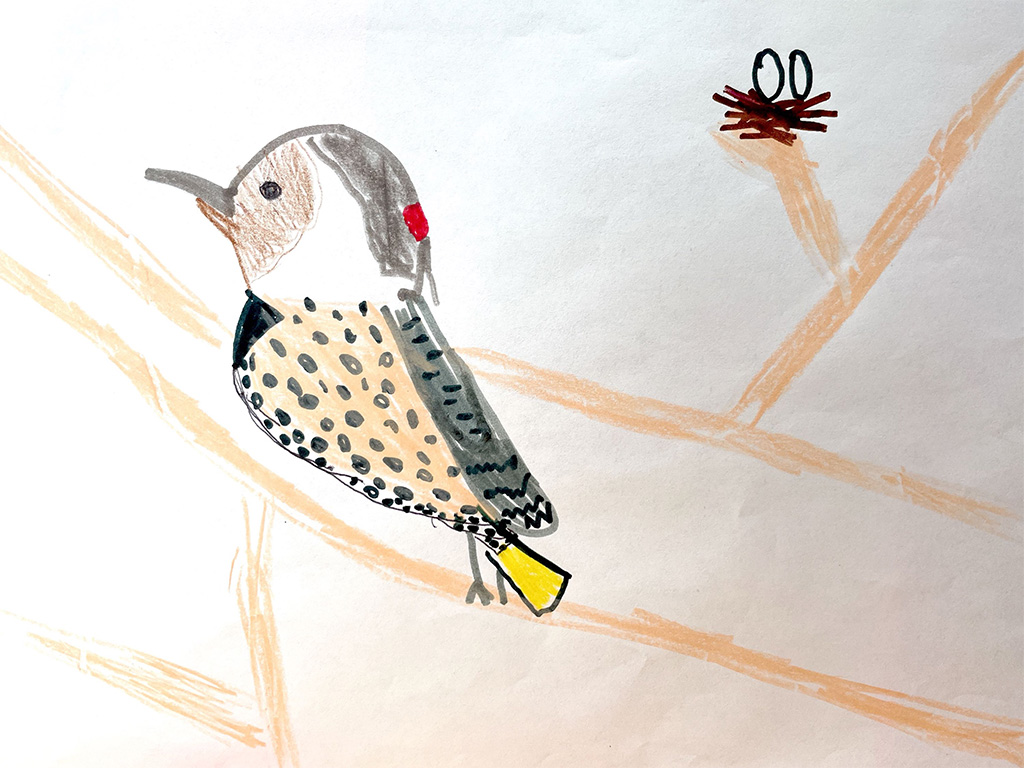 The winners and those receiving honorable mentions are: