It’s time to move beyond Covid 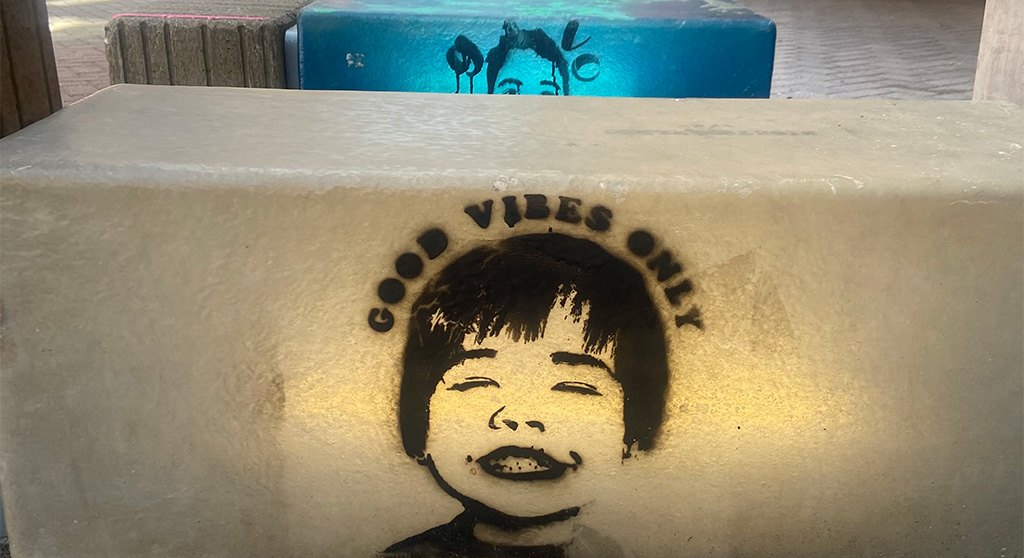 It’s time to move beyond Covid

In many ways, last Saturday and Sunday was a quintessential late spring Cambridge weekend. Temperatures in the upper 60s and 70s and bright sunshine made the weather perfect for gathering outside. Harvard and Central squares teemed with people, and outdoor dining areas were packed.

But a gaping void sent the clear message that Cambridge has not recovered its pre-pandemic spirit – and that we still have a lot of work to do to restore the vitality that has long made our city special.

Saturday would have been the date of the Cambridge River Festival, had it not been canceled due to fears of Covid. The festival has long been a perfect symbol of what makes Cambridge so special: It highlights our diversity, creativity, energy and joy. It’s not that those qualities were entirely missing this weekend – the Harvard Square Open Market was a delight – but something clearly wasn’t right. 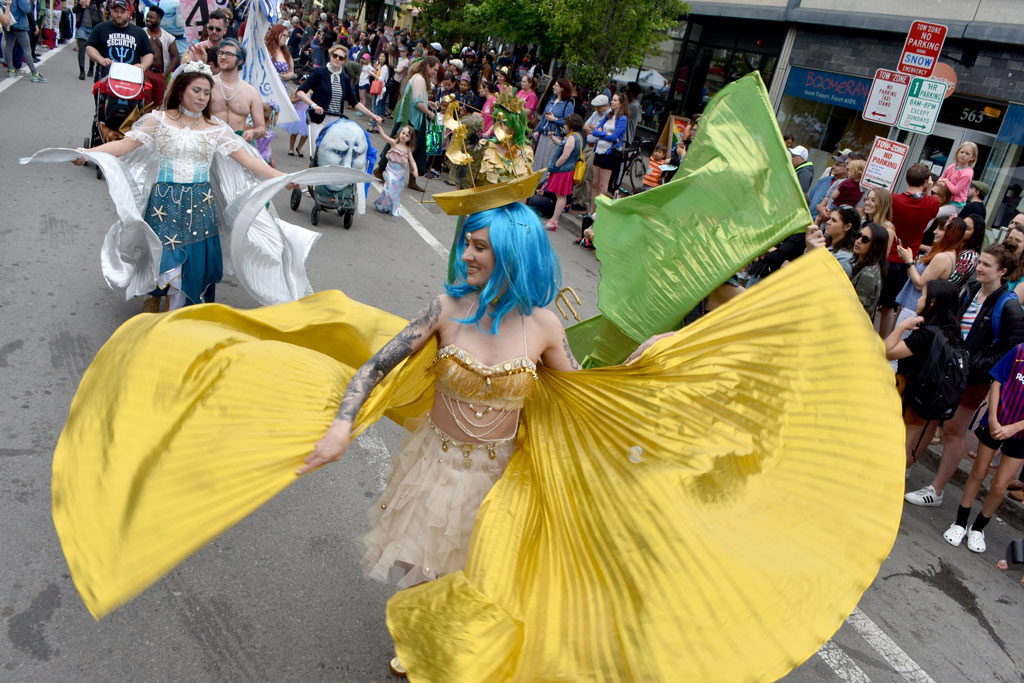 The 2019 Cambridge River Festival was a showcase of Cambridge’s vibrancy. (Photo: Cambridge Arts)

Covid has left behind a wake of trauma. More than a million Americans have died; countless others at high risk – predominantly the elderly and the highly immunocompromised – have been forced to navigate a world where a highly infectious and deadly novel virus is circulating. It stands to reason that a return to normalcy would make some people skittish.

But we can’t continue to live in fear of this virus. The time to move beyond Covid has come.

Covid is no longer the threat it was. With the immunity conferred by vaccination and natural infection, the case fatality rate for Covid is now lower than that of the flu, whereas it was once more than 20 times as deadly. During Massachusetts’s current mini wave, intensive-care unit admissions have been similar to the numbers we saw last August. We have better treatments than ever. The immunocompromised have more options, too.

Despite the dramatically reduced risk of catching a severe case of Covid, good vibes in our city are fitful. The reasons go beyond the cancellation of events such as the Cambridge River Festival. Masking undeniably plays a role. 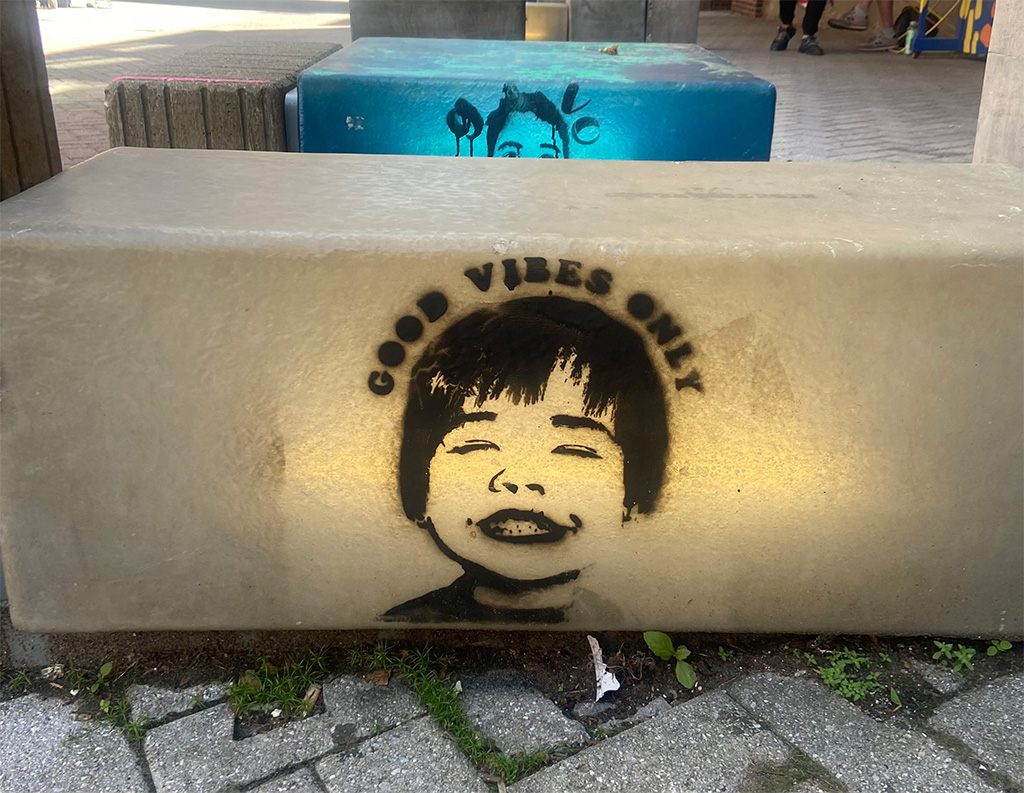 Good vibes have been in short supply for more than two years. (Dan Eisner)

While certainly reduced from earlier this year, masking is still widespread. There was a great deal of it at the “Meet the Finalists” city manager candidate forum at Cambridge Rindge and Latin School last week. Some people are required to wear a mask; a surprisingly large number of people cover their faces even outdoors, a very safe environment.

If we could be honest with ourselves, we’d recognize that there’s something alienating and dystopian about an environment where large numbers of people cover their faces. Our faces express much of our humanity and contain the beauty we all possess. When they’re covered, we are diminished.

Masks make it more difficult to communicate, inhibit the expression of emotions, obstruct our smiles and interfere with our ability to form human connections. Smiles don’t just express our own happiness and joy, they spread happiness and joy to others. Sometimes I think about all the smiles we have been unable to see during the pandemic. It’s depressing.

Widespread masking has dulled the mosaic that is our city. Each tile in the Cambridge mosaic is one of us and has its own character and energy. When people live their lives unencumbered by fear, the mosaic shines bright. As more individuals hide their faces, more tiles are dulled and the mosaic loses its glow. The Cambridge mosaic hasn’t shined fully in more than two years.

A strong case could be made that it would be worth it if there was clear evidence that masking as people do it in practice works. But there isn’t. Areas with mask mandates have had case rates similar to places without mask mandates. Even East Asian countries with very high rates of masking have seen case rates exceed those of the United States at its January peak. We’ve been told repeatedly that masks work, and when people consistently and properly wear high-quality masks, that’s surely true. But how many actually do that? How many wear tight-fitting KN95s, KF94s or N95s without ever putting themselves in a risky situation? The truly vigilant can avoid Covid for some time, but not forever.

Although more Cantabrigians wear high-quality masks now than they did pre-omicron variant, they’re still in the clear minority. More folks choose surgical masks, which provided only minimal protection before the highly infectious variant emerged but are now even less effective. Others still wear cloth masks, which are nothing more than an amulet.

It rests not only upon Cantabrigians to carry the city out of its Covid morass. Our leaders and government also need to step up. For starters, the city really ought to stop sharing official communications promoting the use of masks. City councillors should model good behavior and no longer wear masks during their meetings or in public.

Cambridge’s spirit is improved from a few months ago, but I worry that the dourness will return. Winter in New England is plenty dreary even in normal times; another winter of discontent could exacerbate seasonal affective disorder and enshrine forever masking.

For more than two years, we’ve restricted ourselves to survive. But we haven’t lived. The words of former Cambridge resident Henry David Thoreau are as fitting today as when he lived on Walden Pond: “I wished to … not, when I came to die, discover that I had not lived. I did not wish to live what was not life, living is so dear; nor did I wish to practise resignation, unless it was quite necessary. I wanted to live deep and suck out all the marrow of life.”