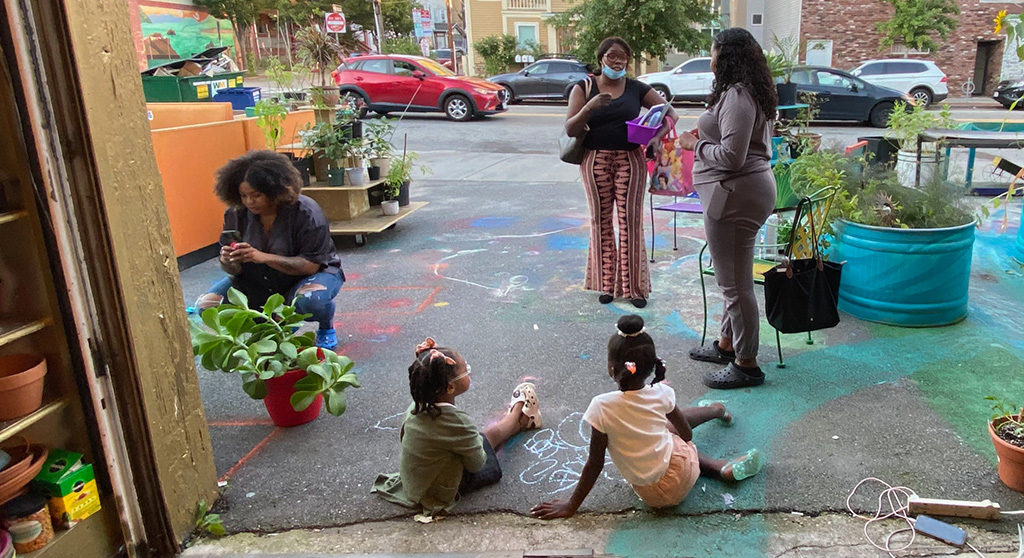 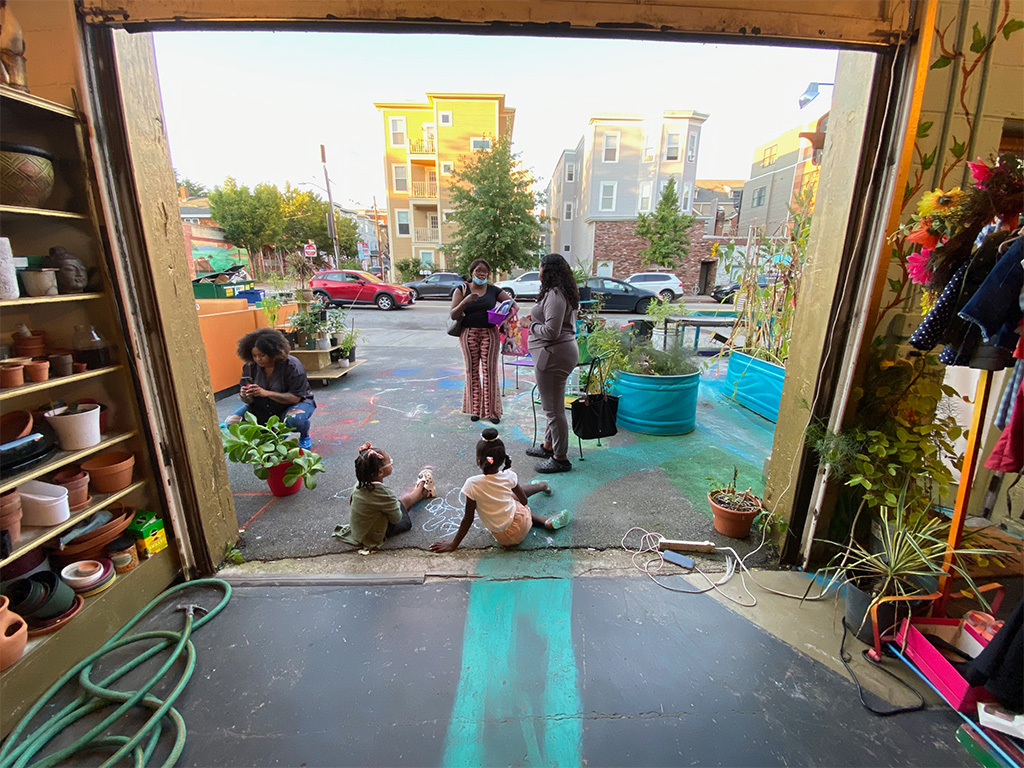 A day at the former 286broadway shop in The Port neighborhood. Black leaders say they have noted displacement in their community over the past two decades. (Photo: Marc Levy)

Eye-popping examples of income and race inequality were presented last week to neighborhood groups, starting with median income levels of $158,519 for white Cantabrigian households compared with $41,423 for Black households.

Poverty rates also depict a wide gap between these two racial groups – almost 20 percent of Black households have incomes below the poverty threshold. That figure for white families is below 5 percent, according to demographic information presented by Clifford Cook, the city’s senior planning information manager, at a Tuesday meeting organized by the city for the groups.

Most of the information in the report dated May 12 came from the U.S. Census Bureau, from a variety of its data products, Cook said.

With Cambridge households divided into quintiles, the lowest-earning 20 percent of residents make a mean – essentially an average – $17,096 annually, or 2 percent of the city’s total income. The upper income limit for the lowest 20 percent is $38,636. “Twenty percent of households are making under $40,000 a year. I’m not sure how people manage that in Cambridge,” Cook said.

Lee Farris, of the Cambridge Residents Alliance, saw a silver lining in some otherwise jarring figures.

“Inequality is not necessarily a bad thing in the case of Cambridge, because I think it indicates that we are succeeding at keeping a certain amount of low-income people here,” in part because about 15 percent of housing units citywide are subsidized in some way, Farris said. “As you add very wealthy people, our inequality will appear to be worsening.”

Black leaders have noted a displacement in their community over the past two decades, with developer Sean Hope on June 6 calling the city “a place where Black middle- and working-class residents have become more and more unwelcome – not intentionally, but by default.” Business owner Nicola Williams asked about it during the Tuesday call, and Cook offered anecdotal confirmation that the Black population is likely not the same as it was in 2000.

With housing more affordable toward the northeast, more Black residents have moved to cities such as Everett, Revere and Malden to buy, Cook said.

Computer and Internet access continues to reflect racial inequality, the report shows, despite the coronavirus pandemic moving even more of life online: According to the Bureau of Labor Statistics, 33 percent of businesses increased telework for some or all employees during the pandemic. Thirteen percent of jobs in 2021 involved teleworking full time, while 22 percent of jobs involved teleworking anywhere from some to all of the time – something the city’s free public Wi-Fi in libraries, schools, city buildings, youth centers and some parks can’t answer.

Twenty percent of those making less than the poverty level in Cambridge – for a household of one, $13,590 yearly; for a household of four, $27,750 – lack Internet or computer access. Of the 17 percent of Black Cambridge residents that lack Internet access, just under half do not have a computer and a slight majority have a computer but no Internet, according to the data Cook shared.

The report and discussion included a number of other interesting details.

Cambridge’s population is now probably over 119,000, “roaring back” from a mid-pandemic drop of around 1,300 people seen in Census data that is actually estimated from the entire county. The population reported by the Census in 2020 was 118,403; the city’s peak was in 1950, when population was 120,740. (The bottom was 95,322 in 1980, when Cook said the city “lost 25,000 people in a matter of about 30 years” as manufacturing disappeared and populations shifted from fewer households with more members; now there are more households with fewer members, and technology has replaced manufacturing.)

The population has also become steadily more diverse in the past 30 to 40 years, with a pretty big jump between 2010 and 2020, and the top emigrant countries have seen some radical shifts:

In 1990, the country providing the most immigrants to Cambridge was Portugal, though only to the tune of some 1,854 people, followed by Canada at 1,835. Portugal dropped to fourth place in 2000 and Canada to sixth, while now Portugal isn’t even among the top 12 and Canada lingers at fifth.