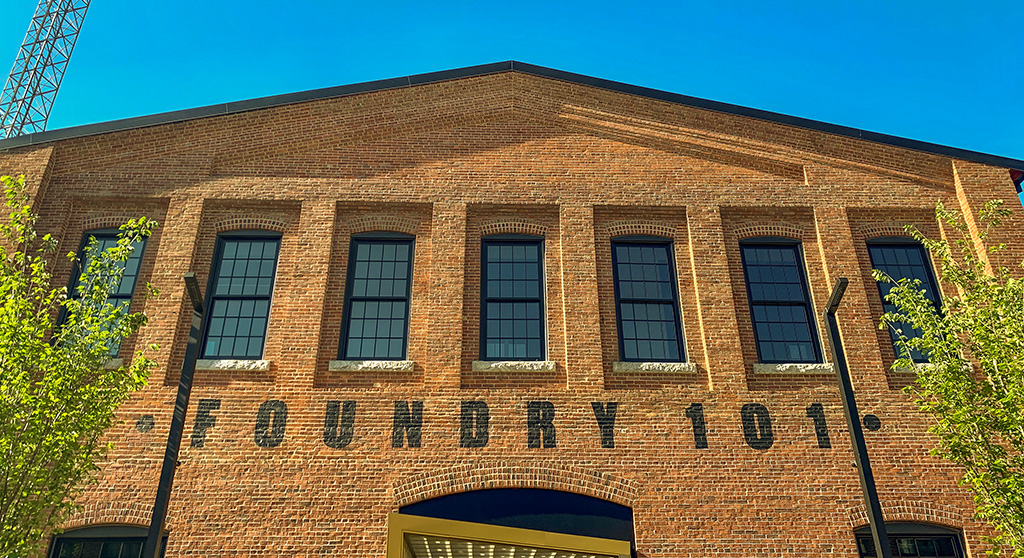 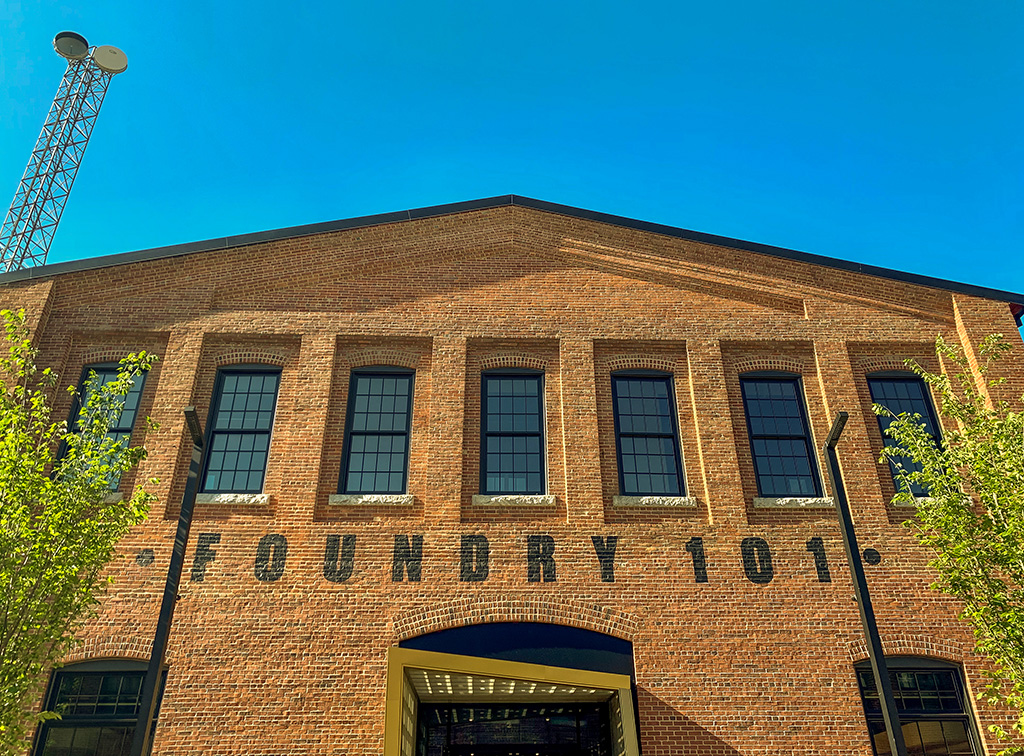 The Foundry 101 community building in East Cambridge got a ribbon-cutting Wednesday marking the end of major construction. (Photo: Tyler Motes)

While the Foundry 101 building opens to the public in September, major construction is finished and residents were allowed to walk through the first floor of the refurbished building Wednesday at a ribbon-cutting, visiting spaces within where creation will take place.

The building features a wood shop, metal shop, artist studios, a dance studio, a kitchen and a theater. Offices are also available for market and below-market rent for businesses and nonprofits, with a focus on entrepreneurship, technology and workforce education. The project is expected to “facilitate access for residents, especially underrepresented communities, to the dynamic working and learning environment of Kendall Square,” according to the event’s press release.

How the building has been renovated for new, productive use says a lot about how Cambridge has changed over the decades, officials said.

The Foundry building, at 101 Rogers St., East Cambridge, has had many uses over its 132-year history. It housed a foundry for Blake & Knowles Steam Pump, was a taxi barn in the midcentury and office space in the 1980s.

“In 1890 and 1900, over 60 percent of the population of Cambridge were immigrants or the children of immigrants,” said Charles Sullivan, executive director of the Cambridge Historical Commission. “And that’s who worked here.” 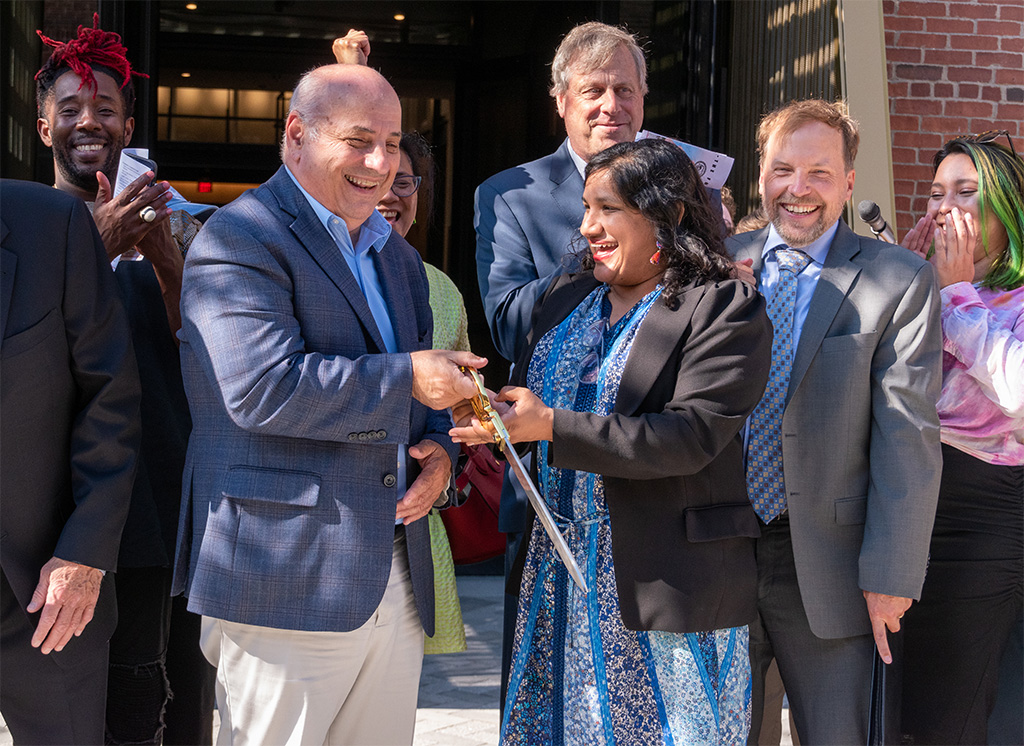 “What we want to do is [have] a space for folks to come and explore all of the different ways that they can be creative across the performing arts, culinary arts, makerspaces, design and science and really think about how they can take all of those disparate parts of themselves and make a hole and create something out of it,” said Diana Navarrete-Rackauckas, the executive director of the Foundry Consortium. 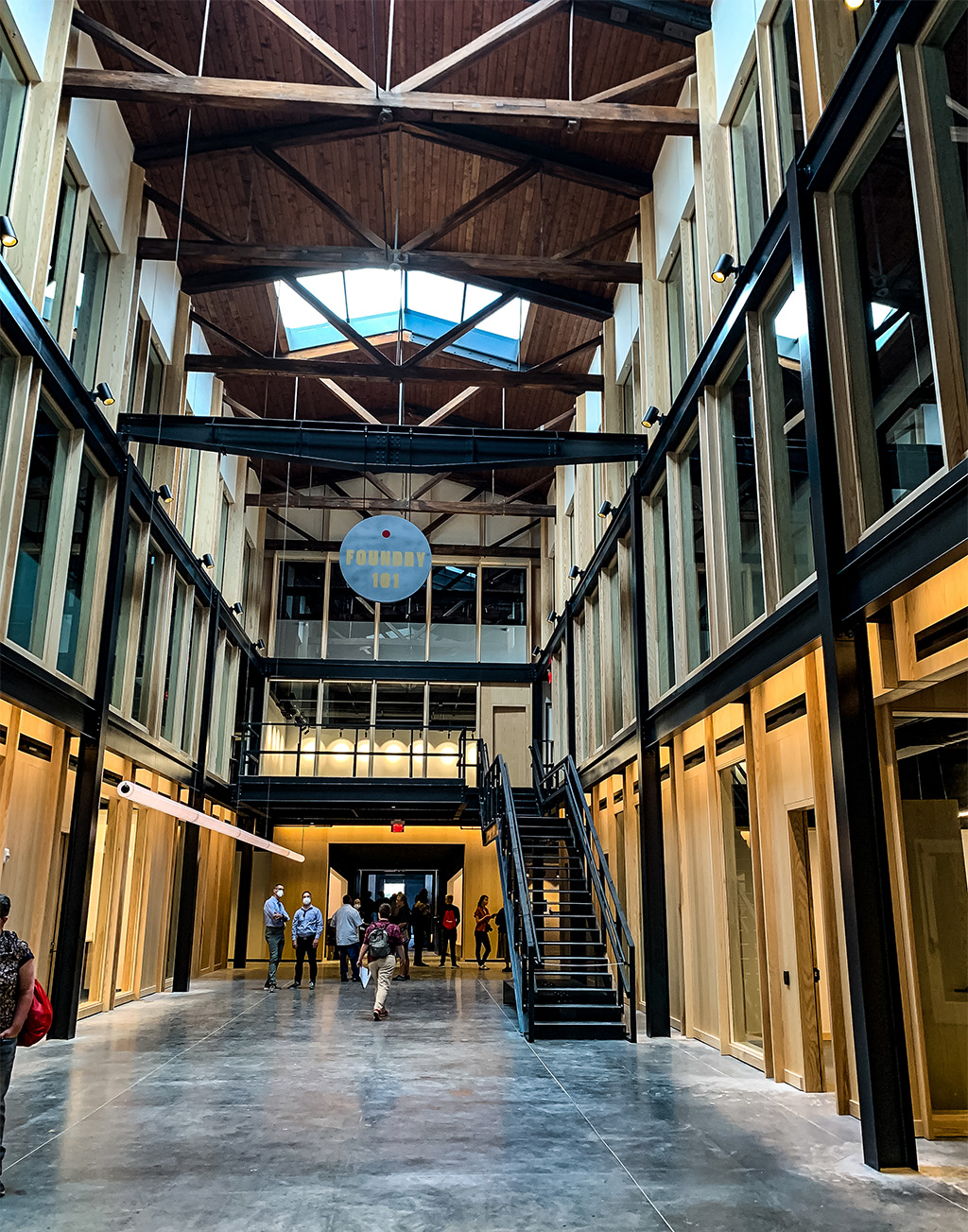 The consortium, with leadership chosen by the Cambridge Redevelopment Authority to run day-to-day operations, plans to accept applications soon for people seeking to become the building’s first artists-in-residence, with tenures starting in January.

The building is meant to be self-sustaining, with rents covering its estimated $1.5 million to $1.6 million annual operating cost. The project cost $46 million dollars to build, with construction starting in 2019 – though officials note that’s hardly the whole story. 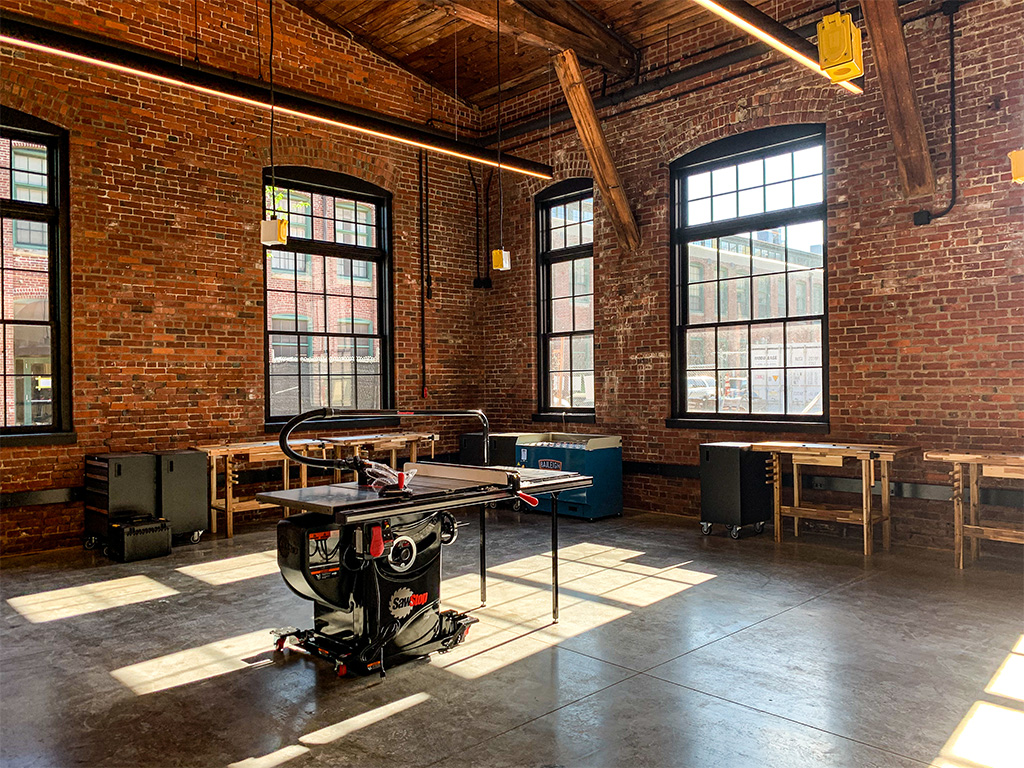 A spacious wood shop is among makerspaces found inside the Foundry. (Photo: Tyler Motes)

“Standing here today is a result of a community process that goes back to 2012, when the city first acquired the building,” City Manager Louis A. DePasquale said in remarks.

Other officials who spoke at the event were Mayor Sumbul Siddiqui and former city councillor Timothy Toomey – like DePasquale, strongly associated with his East Cambridge neighborhood.

DePasquale grew up in East Cambridge and sees the Foundry as a “special place.”

And as a community building, it belongs to anyone from any neighborhood, officials said.

“The whole point is to bring everybody together in this community space,” DePasquale said. “We have to continue to work to find the residents in the city who don’t fully accept and understand that this is everybody’s.”

The call goes out soon for Foundry office tenants, but historic, unique spaces won’t be for everyone