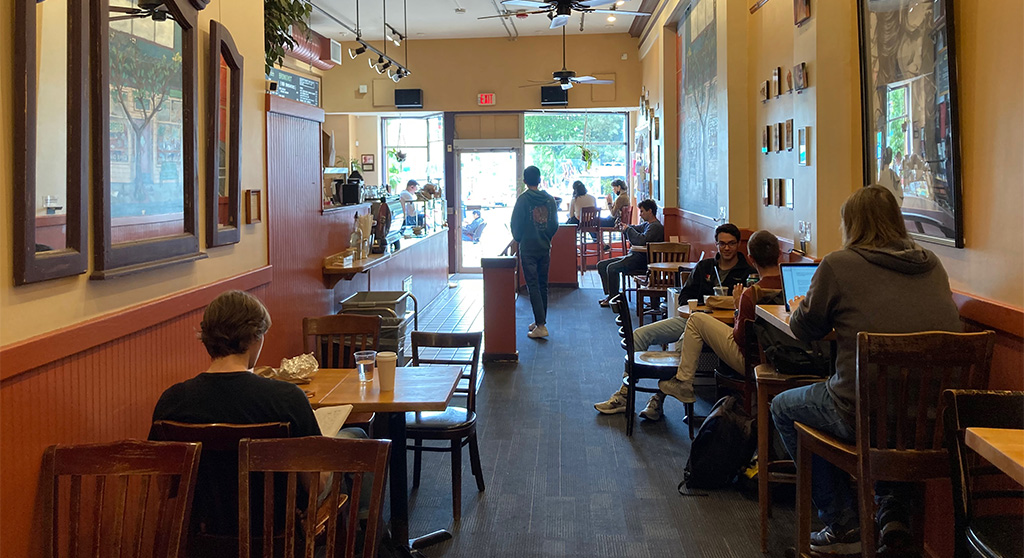 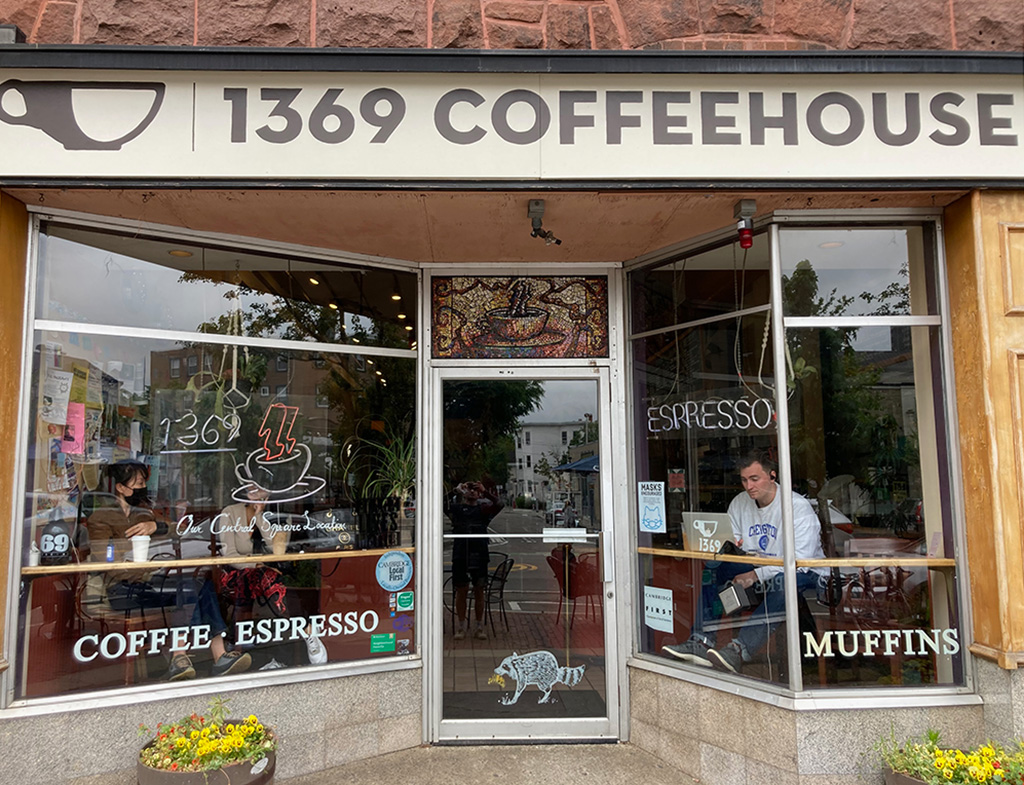 Employees at 1369 Coffeehouse have voted to unionize, they announced online. (Photo: Marc Levy)

Workers at 1369 Coffeehouse in Central and Inman squares have decided to unionize in the culmination of a National Labor Relations Board election Wednesday.

“We are so excited to join the ranks of Unite Here,”  the 1369 United group tweeted in the afternoon after the 9-1 vote was determined. Unite Here has some 300,000 active members in hospitality industries such as food service, hotels, casinos, warehouses and laundries.

Owner Joshua Gerber said he’d declined to voluntarily recognize the union because he wanted every employee to have the chance to weigh in through the election process. A message was left Thursday with Gerber seeking comment on the vote. The number of votes reflect about half the total employees of the cafes and include those who were eligible as the vote began and opted in to the process.

The vote, which began June 1, came a year after a declaration to become the first unionized coffee shop in Massachusetts by employees of Pavement Coffeehouse, a café with eight shops across the Boston area, including one in Harvard Square.

Since then, workers organized at two other local cafés: Darwin’s Ltd. with four Cambridge locations; and the Somerville sister shops of Diesel Café, Bloc Café and Forge Baking Co. and Ice Cream Bar. All have been organized by the New England Joint Board of Unite Here. City Feed in Jamaica Plain also voted to unionize in a decision culminating June 14, after its owner also declined to voluntarily recognize a union. The vote there was 20-10.

Aside from 1369 and City Feed, the efforts have been voluntarily recognized by management.

The feature image on this story is by Nicholas Miller.