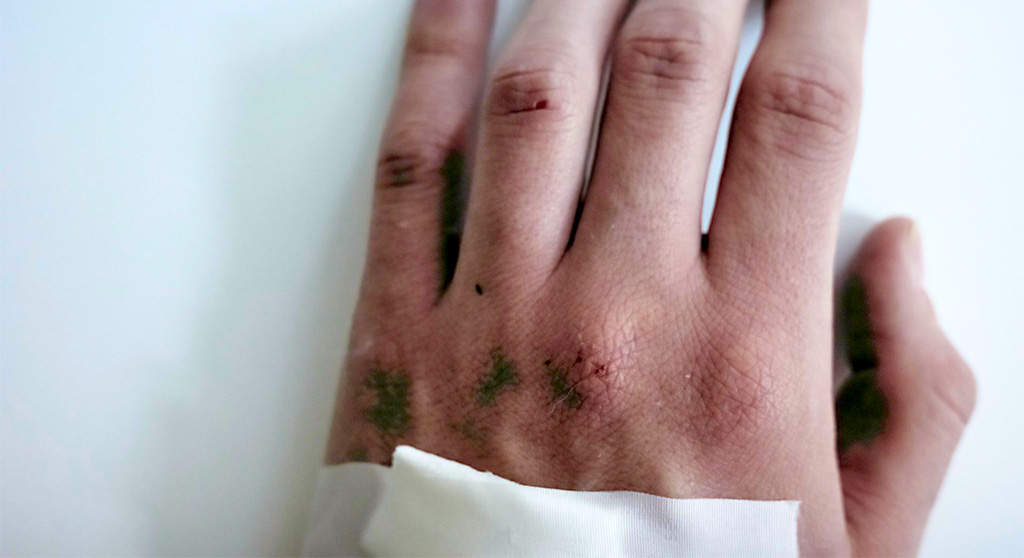 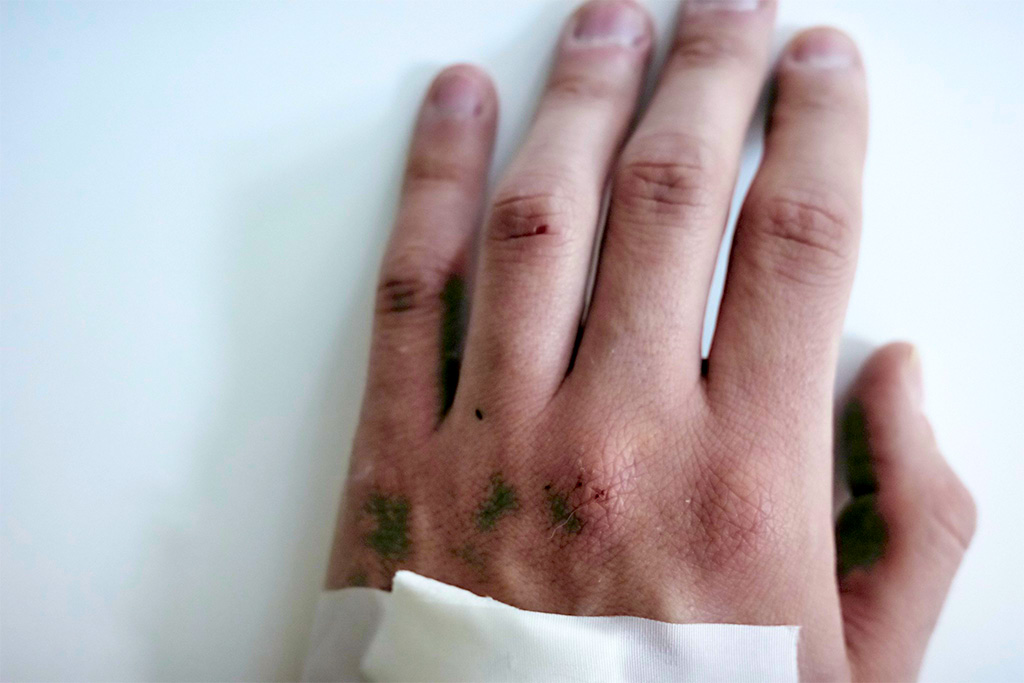 A monkeypox rash is exhibited by a patient in June. (Photo: The Focal Project via Flickr)

As monkeypox continues to spread in Massachusetts, the Cambridge Health Alliance has treated seven patients with confirmed cases of the virus, is offering vaccinations to people “at high risk” of getting infected and is planning public vaccine clinics, a spokesperson said Monday. City councillors were apparently unaware of these developments. They voted to request a comprehensive plan by the city to deal with this newest public health threat, citing the initial halting response to Covid-19 two years ago.

At Monday’s special City Council meeting, chief public health officer Derrick Neal said that “fewer than five” Cambridge residents have been diagnosed with monkeypox – which does not contradict the CHA numbers, since the Alliance treats patients who live outside the city as well as city residents. Neal said the Cambridge Public Health Department has “developed a case- and contact-tracing system” and has “protocols” to support people who test positive. Infected people may need to isolate for several weeks, unlike Covid-19 patients.

That didn’t satisfy councillors. There is “a huge amount of misinformation about monkeypox,” said councillor Burhan Azeem, including the belief that it affects only the gay community and can be transmitted only through sexual activity. Burhan, who sponsored the order seeking a plan, pressed city officials to establish testing and vaccination centers, and to conduct public outreach.

He urged the city “to take as proactive as a step as possible to inform people of the truth … and to do it right now before this becomes an issue I think is so incredibly urgent.”

“We have seen what happened in the community of color, the black and brown community around Covid,” councillor E. Denise Simmons said. She called for “a more robust outreach,” adding that “people are not taking it seriously.”

Monkeypox causes a rash or blisters, usually after flulike symptoms, anywhere on the body, including in the mouth or genital area. It is most often spread by close physical contact with an infected person and is not transmitted as easily as Covid-19.

A vaccine developed against smallpox, Jynneos, can prevent monkeypox and is preferred because it causes few side effects, but it’s in short supply in the United States, including in Massachusetts. Cambridge Public Health Department chief epidemiologist Anna Kaplan told councillors that the Cambridge Health Alliance has a “limited supply” of the vaccine. A state Department of Public Health website gave a telephone number for requesting an appointment for vaccination at CHA.

CHA’s own website contradicted that, saying that the Alliance was not providing appointments at this time, though the health care system’s spokesperson, David Cecere, said the Alliance has received 200 doses of the vaccine and has “booked appointments for patients who are at high risk.”

“We are in the process of establishing clinics for the public,” Cecere said.

The state lists other vaccination sites in the area, including Fenway Health, Boston Medical Center and Massachusetts General Hospital Sexual Health Clinic. The state has narrowed eligibility for the vaccine, restricting it to people who are “known contacts” of an infected person or who are “presumed contacts” because they know that a sexual partner tested positive in the past two weeks or who have multiple sexual partners in an area with monkeypox.

The virus has been endemic in Africa for decades and surprised health officials when it showed up in Europe and Britain in the spring. Since then it has spread widely in the developed world, and the World Health Organization declared it a global health emergency last month. As of Monday there were 5,811 cases in the United States including 134 cases in Massachusetts, according to the Centers for Disease Control and Prevention. Unlike Covid-19, it has rarely caused deaths outside of Africa.

Most cases in the current outbreak outside Africa have occurred in men who have sex with men, although women and children have also been infected.