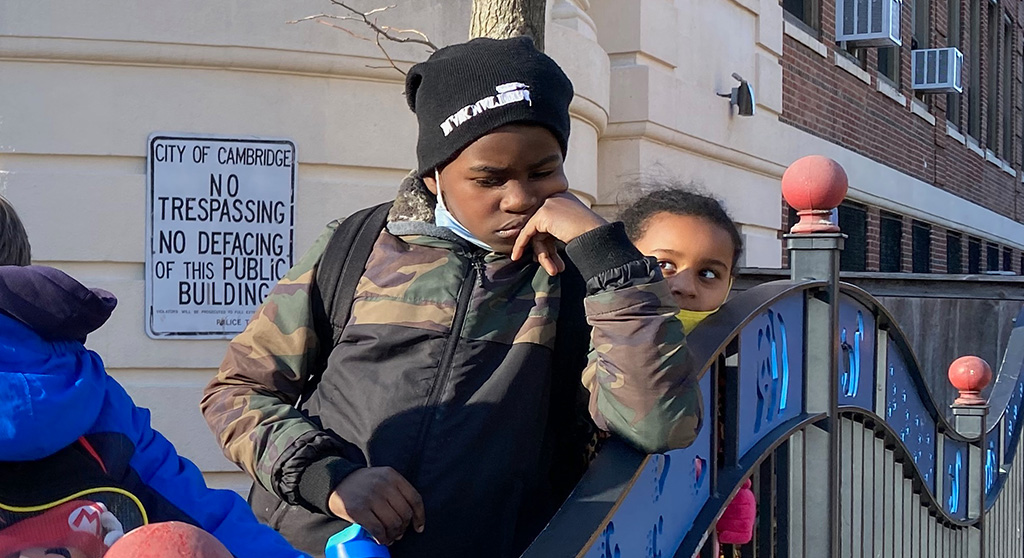 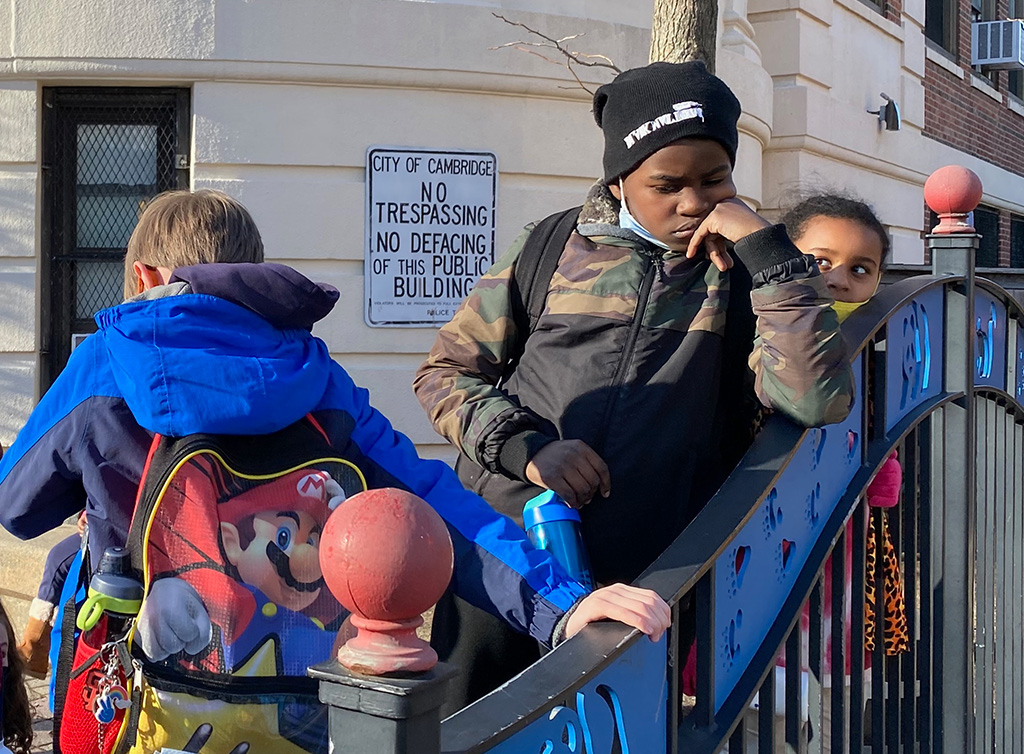 Students at the Fletcher Maynard Academy in The Port neighborhood in March. (Photo: Marc Levy)

As summer draws to a close and the City Council returns to regular meetings Sept. 12, one of the first priorities for in-depth committee work has already been set: Examining disproportionate setbacks to Black Cantabrigians compared with other races, then fixing them.

To get the process started, councillor E. Denise Simmons said she would schedule one or more meetings of her Civic Unity Committee, with the first targeted for September – even before incoming city manager Yi-An Huang may get a chance to approve city staff taking on the work.

Huang will be “up to his elbows,” Simmons said Aug. 1 during the council’s sole summer meeting. “While he’s doing that … you can really pick this up and move it forward and bring him along, as opposed to waiting for him to do it in isolation.”

The council unanimously approved Isaac Yablo’s proposal to create a commission this fiscal year for the benefit of black men and boys and Simmons’ separate motion to expand work to include the Black community at large.

Formally, the proposals were for a Commission on the Status of Black Men and Boys; and a Task Force to Examine the Status and Well-Being of the City’s African American/Black Population.

“This would not be the first commission on the status of black men and boys that exist,” said Yablo, policy and research director in Boston’s Office of Black Male Advancement. There are similar efforts in Baltimore, Philadelphia and Portland, Oregon, he said.

The policy order, adopted in August and written by councillor Quinton Zondervan with the sponsorship of Simmons, Marc McGovern, Burhan Azeem and Mayor Sumbul Siddiqui, draws attention to the consequences of inequities that have “effectively limited the advancement of Black Cantabrigians since the late 1630s.”

Other issues raised in the proposal: One-third of Black households with children are headed by a single adult; disparities in education result in lower standardized test scores for Black students and low numbers of Black Cambridge residents that go on to work in the innovation economy; more than 44 percent of Black Cambridge residents hold less than or up to a high school diploma and one-third of Black residents hold a bachelor’s degree or higher education level, compared with the 80 percent of all Cambridge adults holding a bachelor’s degree.

Women and families too

Simmons said that while she supported Yablo’s initial proposal about Black men and boys, attention must be paid to the Black community in general.

“I’m going to speak to you for a moment as a Black woman,” Simmons said. “It is so very important that while we are working on initiatives and programs that focus on the needs of Black men and boys, we cannot overlook women and girls, and families. I think it’s important that [we’re] not looking at one group over the other, because in order to address the problem, we have to take a holistic approach.”

Zondervan said both areas of equity work could progress without being combined.“It’s really important to understand that this proposal is coming directly from the impacted community of Black men who see the urgent need for a commission that is specifically focused,” Zondervan said. The order notes the number of Black men affected by gang violence, gun violence and incarceration. “I understand that there’s some overlap, but I think we can and need to address the African American community as a whole and the challenges and discrimination they face as well as Black men and boys, specifically in the challenges that they face.”

A counter from Simmons: “Nearly one-third of the Black households with children are headed by a single adult. More often than not, that is a woman.”

All councillors went on to vote for adoption of both motions, referring them to Simmons’ committee for discussion.

“There’s no shortage of work to be done on this issue,” Zondervan said after reminding the council of another commission proposal focused on race: In the previous term, the council approved Zondervan and Simmons’ proposal for a commission on racial justice and equity, forwarding it to the current term.

This post was updated Aug. 26, 2022, to add comments by city councillor E. Denise Simmons to schedule a hearing before the new city manager approved policy orders.