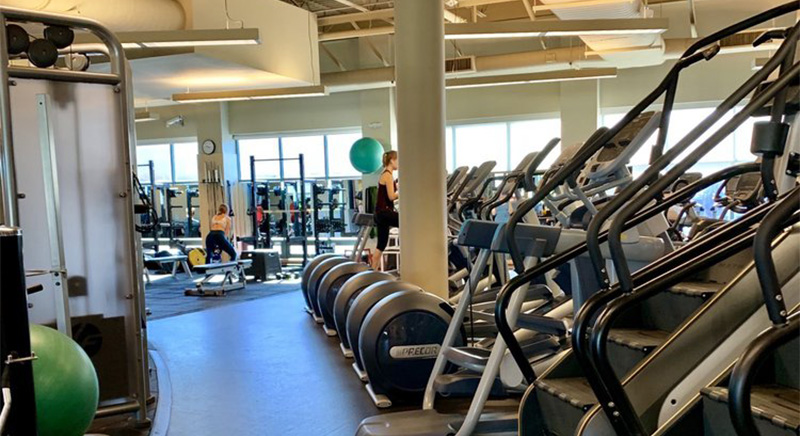 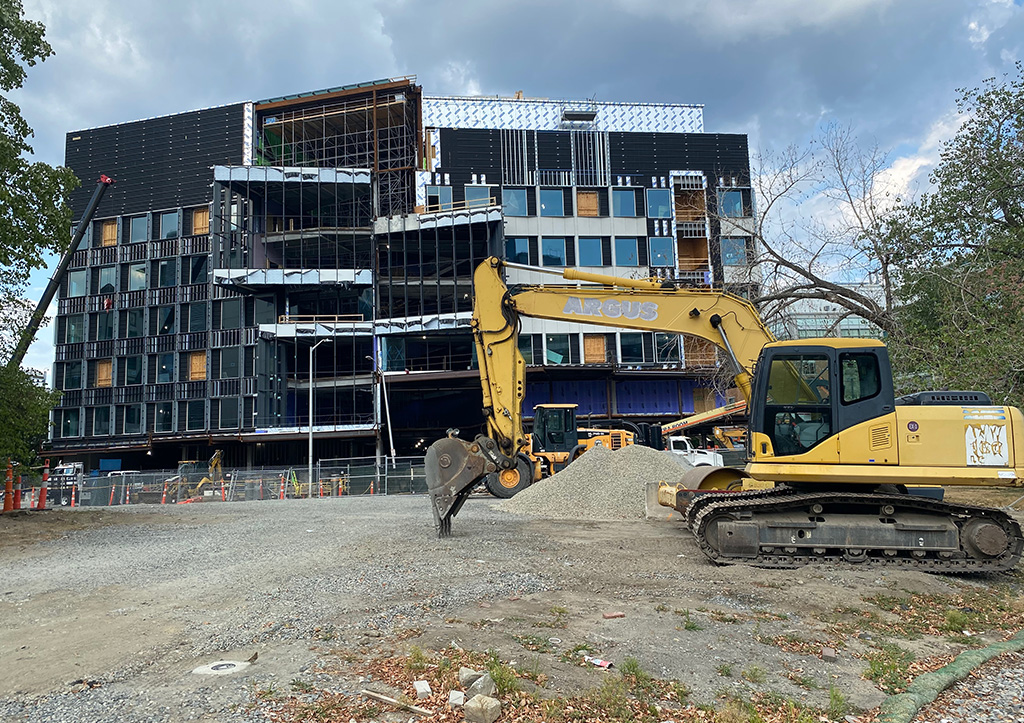 With strict and fast-approaching clean-energy deadlines, some business and property owners find themselves caught between their progressive environmental views and what they see as realistic financially.

A Building Energy Use Disclosure Ordinance was passed in 2014 as a way to track Cambridge’s greenhouse gas emissions. The law referred to as Beudo, targets large commercial, institutional and multifamily buildings responsible for half of emissions in the city. Specifically, the legislation requires buildings of more than 25,000 square feet and residential properties with more than 50 units – an estimated 1,100 buildings citywide – to report annual energy and water use.

The city’s Net Zero Action Plan recently moved up its timeline to 2035 from 2050, adding urgency to environmental efforts, and Beudo changes such as performance requirements were introduced last fall after reports showed no decrease in emissions since 2018. Beudo is considered part of a “Green New Deal” package for Cambridge.

Property owners can make alternative compliance payments to the city if they’re not able to achieve the required emissions reductions: The ordinance establishes the average cost of removing a ton of emissions from a building at $234, based on an analysis done by the city of Boston, said Cambridge city councillor Quinton Zondervan, the leader of local Beudo efforts. The Cambridge council is also debating whether to allow businesses to use carbon credits as a means of offsetting carbon emissions.

In interviews interviews over the course of July, property owners said they wanted to prioritize eco-friendly energy use, but many cannot see how to meet the city’s standards so quickly without hurting their business or penalizing tenants. 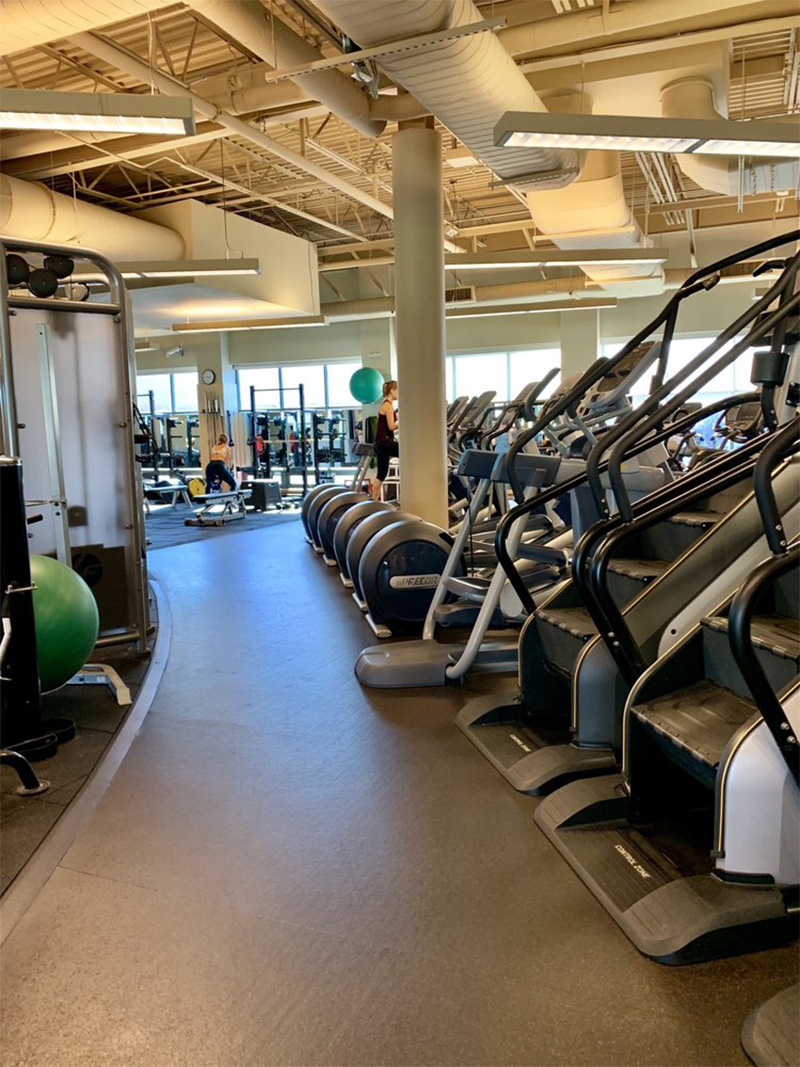 Mark Harrington, manager of a small chain of gyms called Healthworks that has a location in Porter Square, said he was one of many business owners who support the proposal but is concerned with its implications. The difficulty of maintaining the climate in a space such as an indoor gym, paired with demands such as filtering and more aggressive air circulation that came with the pandemic, has tagged his building with one of the largest carbon footprints in the city, he said.

He invested recently in green heating equipment and pumps designed to last 30 years, but with stricter standards expected in Beudo updates, he said, he fears that will jeopardize his investment.

The law should account for the damage to smaller businesses when factoring in rules that limits greenhouse gases from bigger ones such as Harvard, the Massachusetts Institute of Technology and the city’s many life-sciences labs, which business owners call the largest contributors to greenhouse gas emissions – and the only ones with pockets deep enough to shrug off Beudo requirements. “I want to make sure they’re thinking of everyone when putting this together, not just someone who owns a 15-story lab in Kendall Square,” Harrington said. “We just need to have an honest conversation in the community about what it’s going to cost.”

Another voice calling for the city to do more to fine-tune the ordinance: Patrick Barrett, a Central Square lawyer and property owner.

The city often cites laws similar to Beudo passed recently in Ithaca, New York, as a model of how it could work for Cambridge but, Barrett said, that city offered property owners low- or no-interest loans out of a $100 million fund backed by private equity to support the work needed to switch to new electrical systems. Ithaca’s model also includes hiring consultants to evaluate the costs, Barrett said.

The 2035 goal is “a fun headline,” Barrett said, but the state is on a 2050 timeline, along with most other places in the country. “Why is the tiny, little place of Cambridge on a faster track? What resources make that possible?”

Barrett said he’s done a lot of research where he feels the city has failed, even sending a letter to 4,000 homes and the 2,387 businesses he estimates to be affected by the law to say what the legislation could mean for them. Institutions such as Harvard and MIT have entire sustainability teams that can help them meet the city’s goals, but most property owners don’t: “I am the sustainability team,” Barrett said, “If the city is serious about going carbon neutral net-zero, you have to help people get there.”

Charlie Marquardt, owner of Mid Cambridge Cleaners, opposes Beudo in its current form. “I’m galled by the inequalities in how it works,” he said, referring to the law leaving out large Brattle Street homes that he said create “exponentially more emissions” than an apartment building such as his, which gets included in Beudo compliance requirements as a commercial property. Just compare 169 apartment units and 169 single-family homes, he said.

The cancellation of Beudo hearings this summer because councillors couldn’t get a quorum was disrespectful to community members advocating for changes to the law, Marquardt said. His fear is that the city will push the ordinance forward and deal with its consequences later, he said, but “it’s their responsibility to reach out to those affected by the laws they put in place.”

Zondervan cites wide public support for this issue, grounded in a decadelong push to combat climate change in Cambridge. While there has been pushback from building owners since the timeless was accelerated, most landlords are just asking for more flexibility in the ordinance so they can comply. “Ultimately, we have to move forward in some way and reduce emissions,” Zondervan said.

Fines hurting businesses and externality costs being passed onto customers and commercial building tenants may be an inevitable drawback of protecting the planet, Zondervan said – but it is not accurate to portray this only as a cost, as it’s also a reduction approach that includes potential cost savings. And it’s large bio labs, not small businesses, that use lots of energy and face the largest offset costs, he said.

The business concerns exist regardless of the ordinance, as climate change will push buildings to update their fuel needs even without Beudo, Zondervan said. Owners can also find help on improving energy systems through partners such as the Community Development Department’s Energy Alliance, and some funding is available through the Mass Save program as well.

This article was written in partnership with Cambridge Local First. It was updated Aug. 27, 2022, at the request of councillor Quinton Zondervan’s legislative aide to clarify the meaning of a paraphrase.