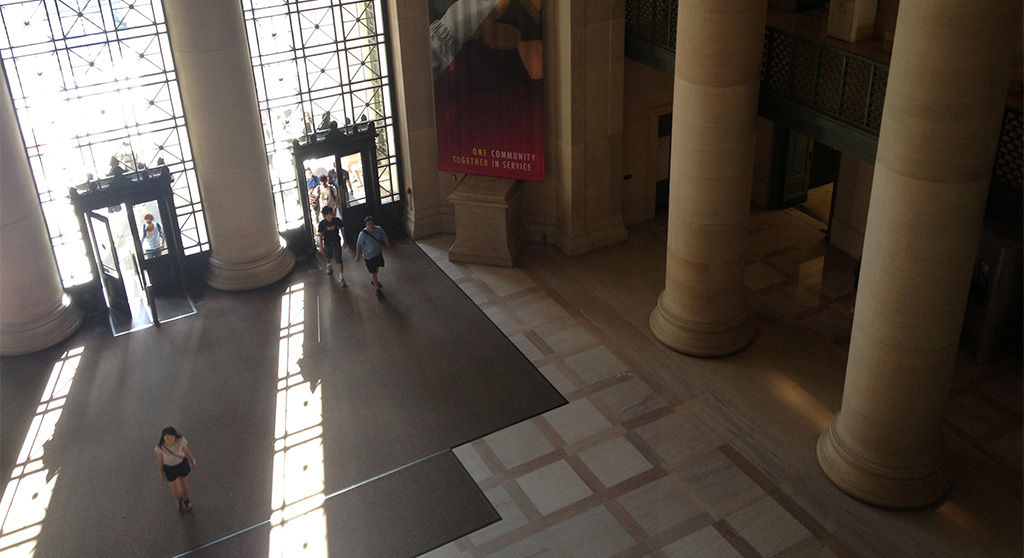 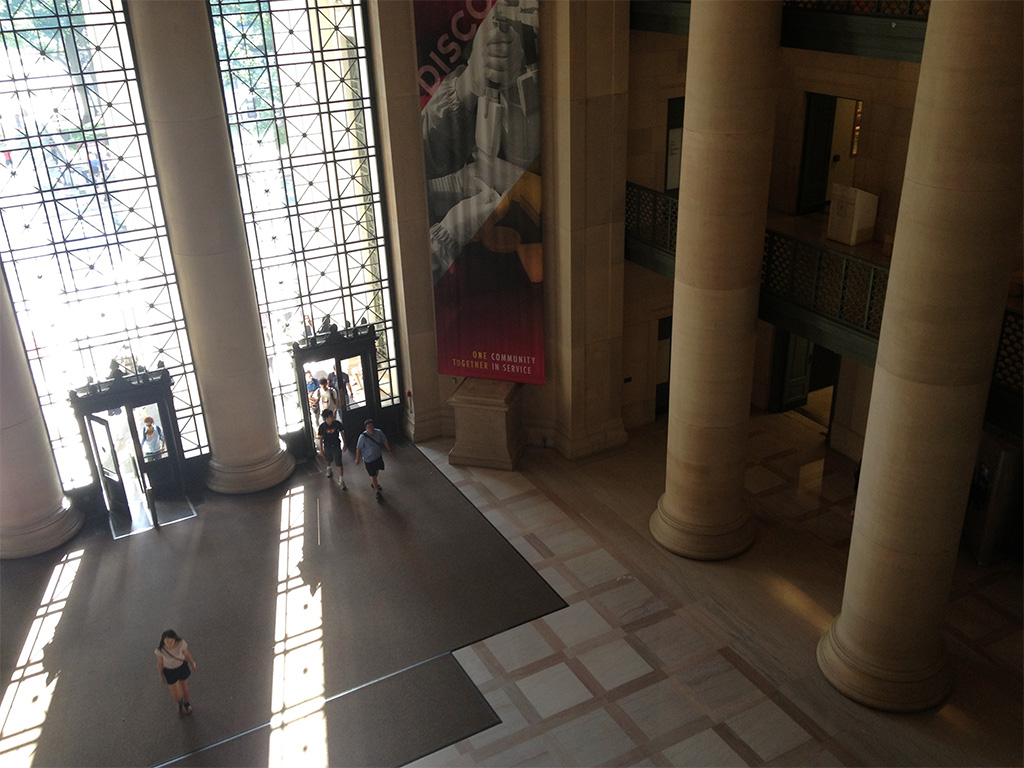 Visitors enter the Massachusetts Institute of Technology’s Lobby 7 from Massachusetts Avenue – the start to an “Infinite Corridor” the connects the school’s east and west campuses. (Photo: Marc Levy)

Before the Covid pandemic, being on the Massachusetts Institute of Technology’s campus was a matter of opening a door – for anyone. Because of Covid, the school changed that, citing the safety of their community members.

Now, past the era of lockdowns and mask mandates, it had decided to keep campus access limited, dismaying community members who once praised the campus for openness. Visitors need to apply for a visitor pass known as a Tim Ticket.

City councillor Burhan Azeem, an MIT alum, expressed his dissatisfaction in a Twitter thread that revealed similar sentiments from others in the school community and Cambridge at large.

“I’m so profoundly and deeply disheartened by MIT’s decision to become a literal gated community,” Azeem wrote. “Over the last few days, I’ve had calls and conversations with hundreds of affected MIT alum students and community members.” 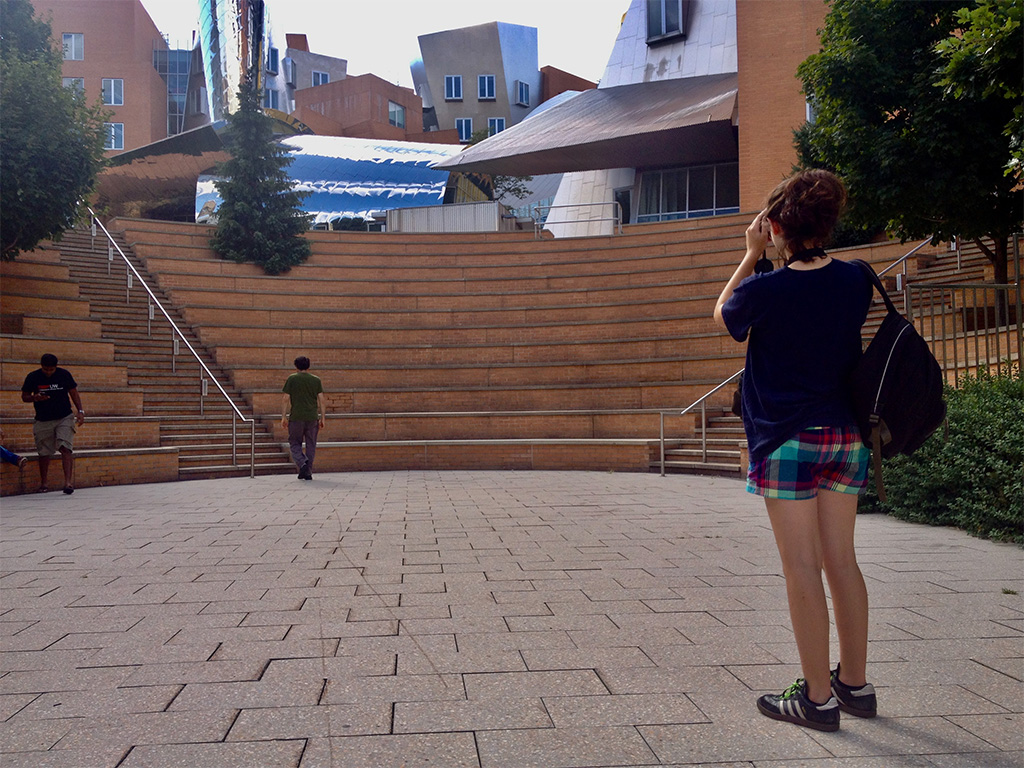 The first floor of MIT’s Stata Center, seen over an amphitheater, will stay open to the public. (Photo: Marc Levy)

Objections were raised in a letter and petition after a graduate student named Jack Reid tweeted and wrote about the closing. “There are good reasons to close down campus to the public,” Reid wrote in a public letter. “Nonetheless, I see a concerning trend here. One of increasing security, control, isolation from Cambridge and society at large.”

Ezra Haber Glenn, a lecturer at the school’s Department of Urban Studies and Planning, called the closing “an insulting slap in the face to our host communities” in an essay published Thursday in campus paper The Tech.

While some buildings will open to the public for the first time since the pandemic started, the majority will remain closed. In an Aug. 19 letter responding to the community’s reaction, MIT said it would keep open: the E25 atrium, the first floor of the Stata Center and the first floor of the Koch institute, as well as the Z-Center, the Student Center, the Welcome Center and MIT Medical.

“It’s clear a great many people – spanning our own community and our broader community of neighbors – care deeply about access to MIT,” said the letter from provost Cynthia Barnhart and Glen Shor, executive vice president and treasurer. “There are also many who worry about safety in fully open buildings.”

“I think it’s actually a reasonable decision to continue be cautious as they let people back onto campus with the pandemic still out there,” Toner said.

Universities “have the right to determine their policies,” Toner said,.

After communicating with MIT about the topic, “they’re telling me that they will be reviewing their policies based on their needs and the safety and security and wellbeing of their staff, their students and their faculty,” Toner said. “I’m sure that they will review their policies and do what’s best for their students, faculty and staff, and work with us on the council to develop what’s best for them and for our citizens.”

The school’s response letter closes with an indication that the policy is open to discussion.

“We look forward to further dialogue with our community and with key stakeholders on this important question,” Barnhart and Shor say.

This post was updated Aug. 30, 2022, to delete language suggesting more spaces were being kept open to the public than were planned originally.