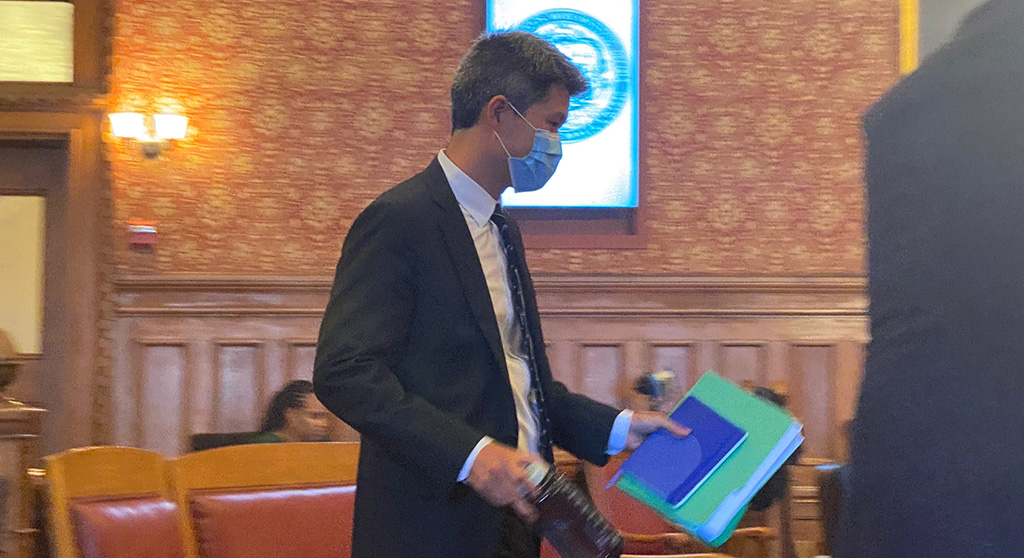 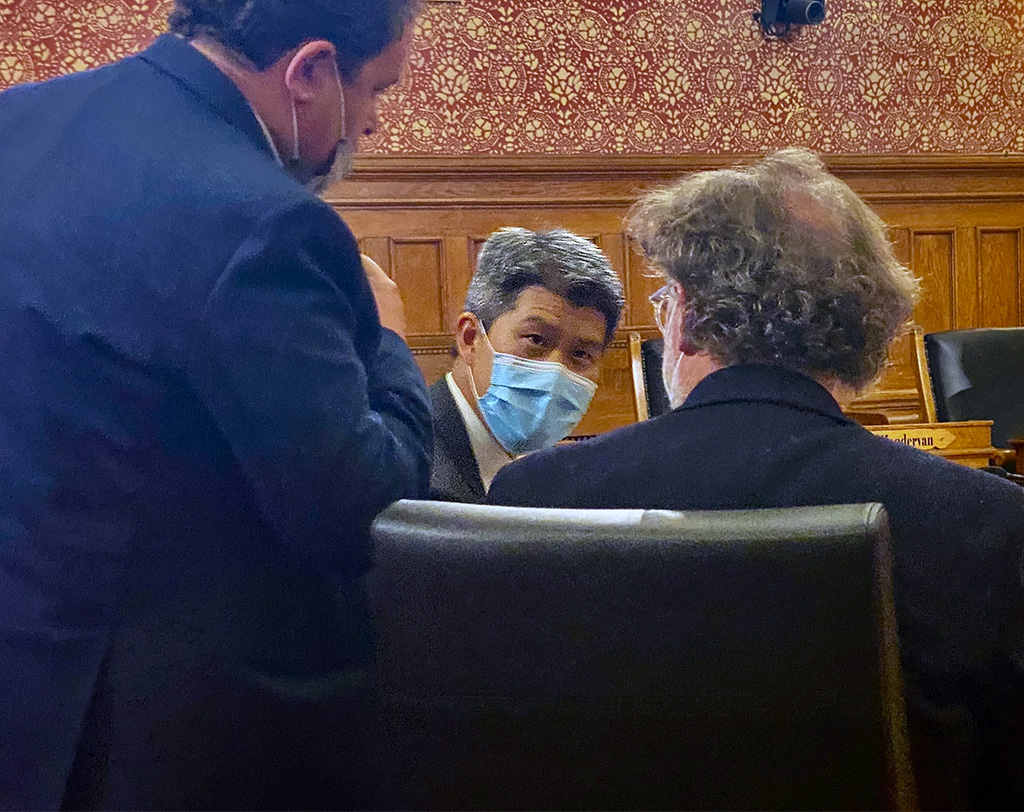 Job interviews are underway with new City Manager Yi-An Huang for two new, six-figure-salaried positions that he calls central to creating a more collaborative, cross-departmental approach to government. Both positions are repurposed versions of jobs from earlier administrations, he said: The chief of staff to the city manager replaces a manager of planning and operations, previously held by the now retired Maryellen Carvello; a chief of strategy and implementation will be a reclassification of the former director of organizational culture role. Each job is slated for increased rates of between $160,000 and $200,000. We talked with Huang about them in an interview that has been edited for clarity and length.

Why these new jobs at this pay level, and why now?

There’s been a lot of evolution in the relationship between the City Council and City Manager’s Office. If you look back 20 years, the city manager made a lot of decisions, and the council largely approved them. Over time, the council has evolved where councillors are elected because they really want to make a difference in the city, and they have ideas they want to see implemented. It creates a dynamism in the relationship and how the city is run. I see that as a really beautiful opportunity to be a responsive city government that is incredibly democratic – it’s part of what made me excited about this role. But I can’t do that by myself. There are nine city councillors, and that’s a lot of relationships and conversations that need to happen. I wanted to create more bandwidth on the leadership team to do that coordination.

What background or experience will be important for a chief of staff?

The chief of staff will support the policy, legislative and governance side of the role, so the most critical piece is to find someone who can build relationships and trust across a diverse set of councillors, important community leaders and advocates and the community overall to find consensus on complicated issues. I am looking for somebody who has a deep amount of empathy, who can find the good motivation in the folks that we’re working with and who understands how to negotiate common ground – to take a bunch of folks with various positions, interests and motivations and figure out where we agree and a way forward. I don’t think this will be easy, but if you can’t articulate aspiration and say it aloud, you’re not going to get there.

Given your own lack of experience working with the Cambridge community, how important is that experience in this role?

I would love to find someone who has deep connections to the community. There’s something different when you’ve got something real at stake – if you’re part of this community, if you live here. We’re going to have to see. It comes down to individual people.

How about the chief of strategy?

I envision chief of staff as “What is the direction we want to go?” The chief of strategy and implementation is “How do we get there?” It’s someone who will help get us organized across departments and who ensures things get done. There are going to be a lot of initiatives that we’re running at once, and they’ll be complex and involve multiple departments. The person will need to create structure around how we check in on initiatives and how we’re able to perceive risk and intervene to support them. The other really important function is understanding resourcing across the city.

I would love to expand this team. That doesn’t mean we’re going to be able to hire somebody tomorrow, but we will work to build capacity so that we can move faster over time.

How do these roles interface with each other and you?

My job is to ensure that I think across the leadership team. The chief of staff works with me on how we align the council. The chief of strategy is going to work very closely with department heads and with me to make sure we’re executing. These roles obviously need to talk to each other to a great extent.

We’ve established weekly leadership team meetings with probably 19 of the more senior and larger departments for conversations about how we think about the organization and how we can do things better. I put forward some of the things that I’m seeing and decisions I’m leaning toward and get input. Then we have a monthly meeting with a broader group of department heads, like 40 or 50, where we can process things as an organization. I’m trying to improve the level of coordination, because there is a lot going on; it’s a time of transition. As I’m talking with leaders in the organization about changes that they or I want, it’s even more important to have that level of coordination. There should be clarity about the work they should be doing and how they should spend their time, and that they have the resources so they’re set up to succeed.

Where is the funding coming from for these positions?

With some repurposing of different roles. There are probably other goals that we are thinking through that we’ll bring to the council over the next month and a half, since I’ll probably be coming for more budget.

The City Manager’s Office is transitioning. Often in the way we talk about leadership, there’s an overemphasis on the power of an individual leader to succeed or fail. I really believe that ultimately it’s about the team you are able to build. I recognize how important it is to try to get these roles right, and I’ve tried to bring that to the relationships I’m forming with existing leaders in the city as well. My role is to both understand what they’re doing currently and empower them, support them and find ways to coordinate across the organization.