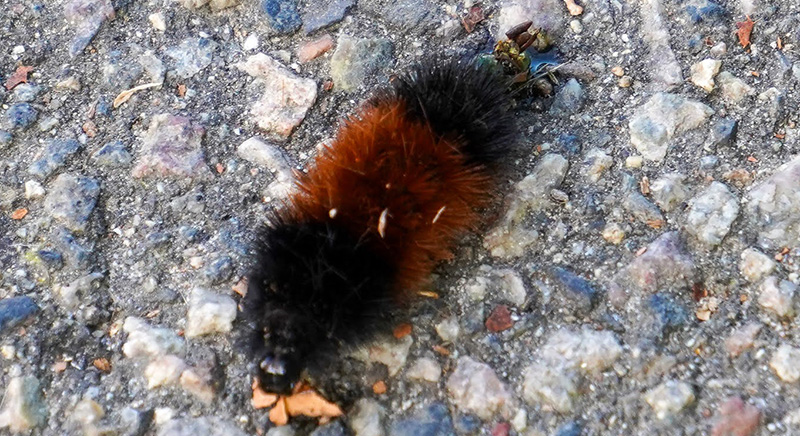 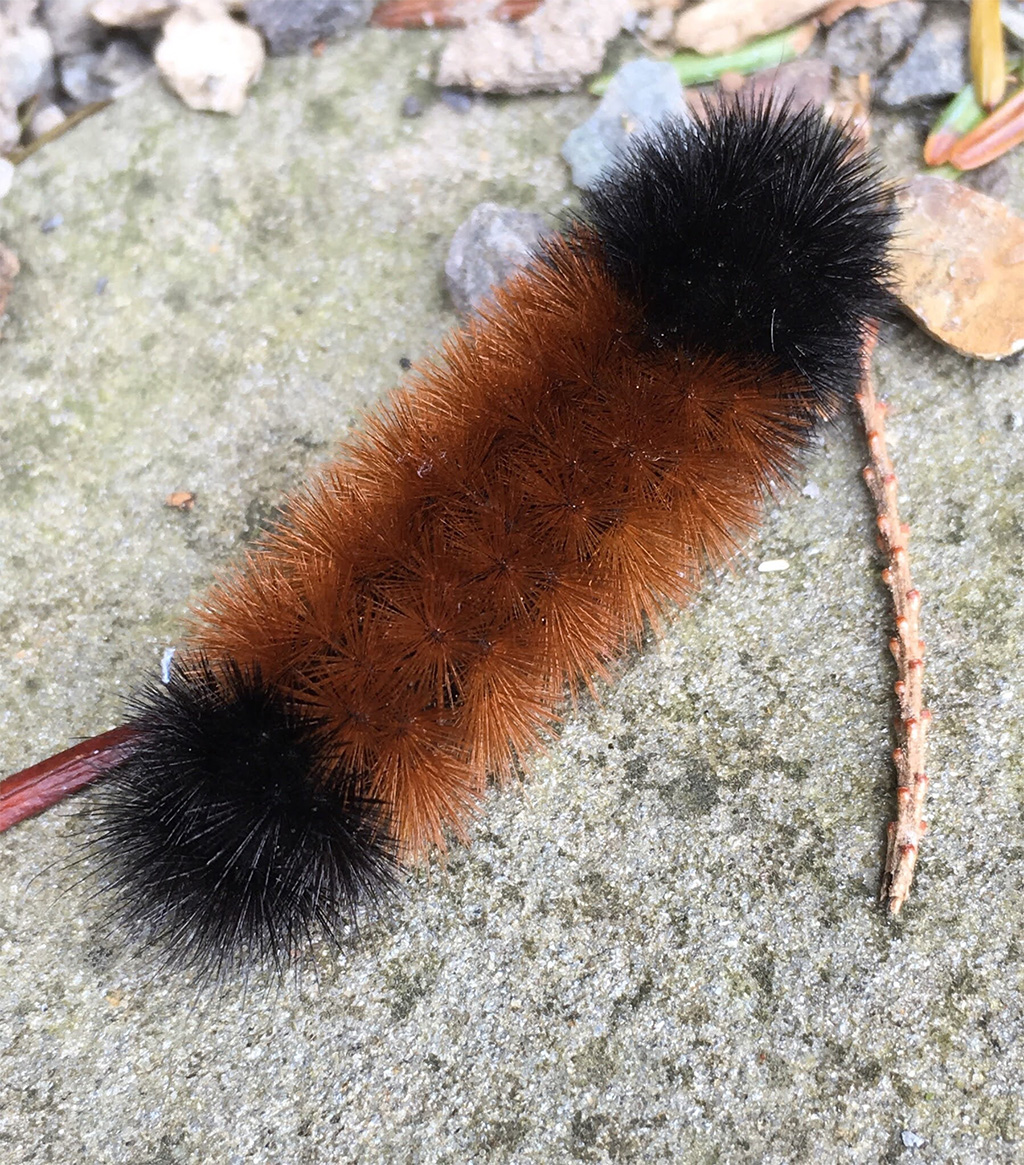 A woolly bear may look soft, but its bristles defend against wasp predators. (Photo: Joe MacIndewar/EarthwiseAware)

It’s too bad no one has ever tested this bit of winter prophecy. Oh wait – someone did. 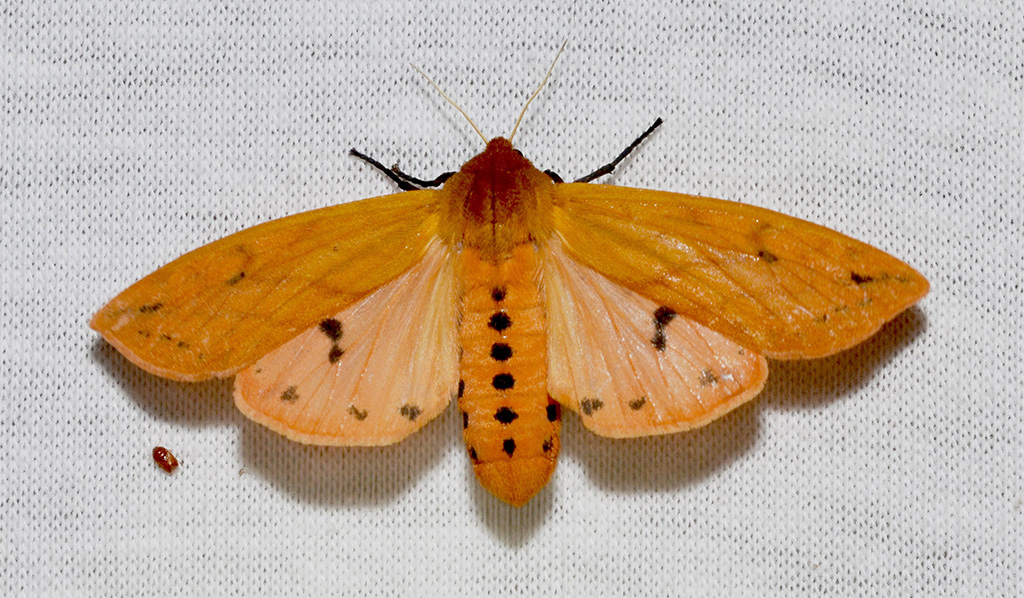 In 1947, Dr. C. Howard Curran at the American Museum of Natural History in New York City traveled 40 miles north to Bear Mountain State Park to examine woolly bear caterpillars. The first year he measured, the caterpillars’ midsections averaged less than three brown segments out of 13: A harbinger of a harsh winter, which did occur.

The following year, he repeated the investigation with reporters in tow. According to the Time magazine of Nov. 8, 1948:

A year ago, Dr. C. Howard Curran, curator of insects and spiders at New York’s American Museum of Natural History, took a look at the woolly bear caterpillars and noted that they all had narrow bands. Sure enough, along came last winter’s big snow and ice storms. Curran decided to take another look at woolly bears.

Last week, on slopes above the Hudson River, Curran and a pack of entomologists hunted woolly bear caterpillars … and measured their waistbands. In 15 specimens, they averaged five and one-third brown segments. Last year, said Curran, they averaged less than three.

The winter of 1948 was indeed mild. Curran continued these investigations annually until 1956. The average brown segment count during the period from 1948 to 1956 ranged from 5.3 to 5.6 out of 13 segments, and according to lore, an indicator of a mild winter; lo and behold, these winters were mild. The publicity made the woolly bear caterpillar one of the most well-known of the era.

Today, some experts believe the length of the middle brown band has more to do with the arrival of spring than with the winter to come: If spring is early, the caterpillars emerge earlier, eat, grow larger, spin a cocoon and become a butterfly earlier. In our region, these butterflies lay eggs that develop into the winter weather prophets we see in the fall. The earlier these fall caterpillars hatch, the larger they are when we see them, and the longer the middle band. Newly hatched woolly bear caterpillars, for example, are mostly black with only a tiny band of brown in the middle. But every time the youngsters molt (and they molt six times), the amount of brown increases. So, in essence, the brown band tells more about the age of the caterpillar than about the upcoming winter. 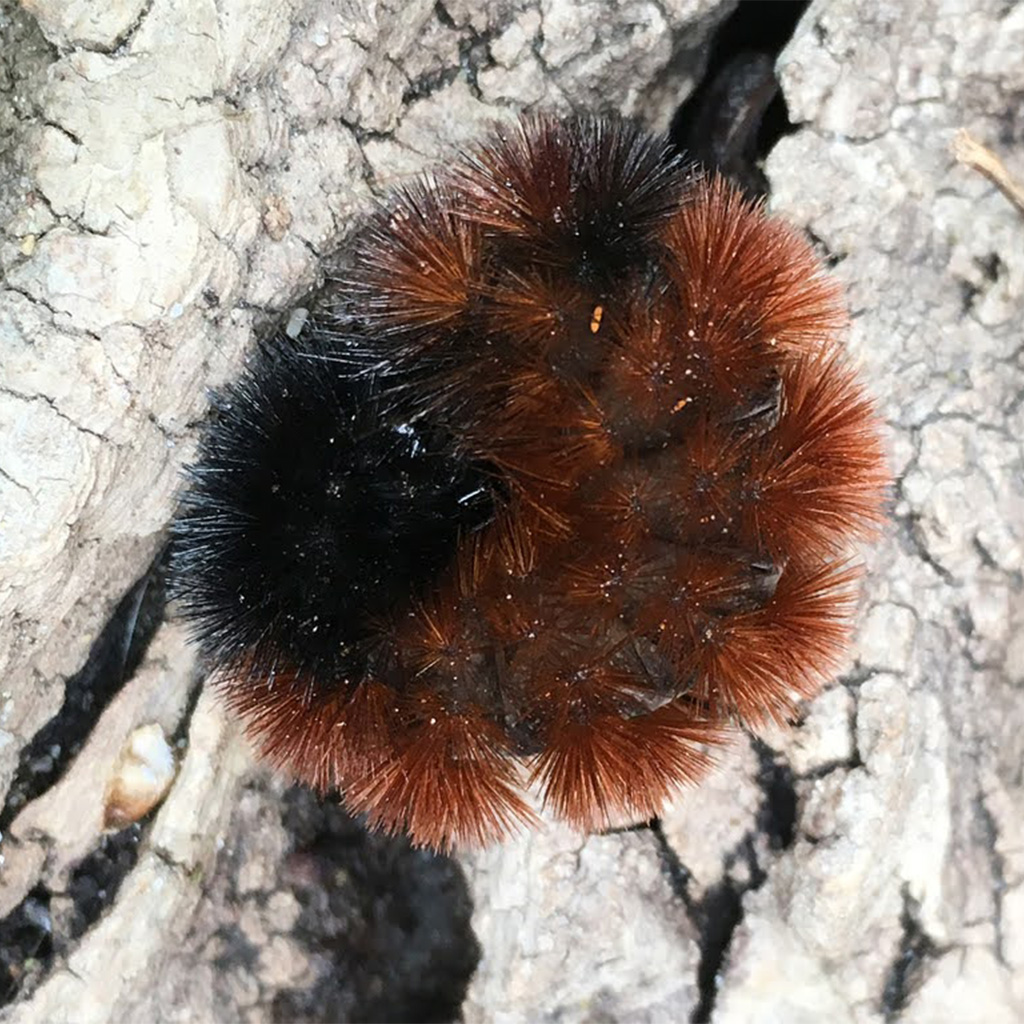 This woolly bear at Fresh Pond curls into a ball, bristles protruding, to protect its vulnerable insides from a perceived threat. (Photo: Joe MacIndewar/EarthwiseAware)

These caterpillars have other interesting qualities as well. Unlike monarchs that fly south for the winter, or other butterflies that overwinter as cocoons, woolly bears overwinter as caterpillars. How do they keep from freezing? First, they find a place that is somewhat protected, such as underneath a log or in a leaf pile. As cold weather approaches, they stop eating and empty their digestive systems. In simple terms, they poop out anything that might freeze into ice crystals. Then they curl up into a ball, with the bristles facing outward. 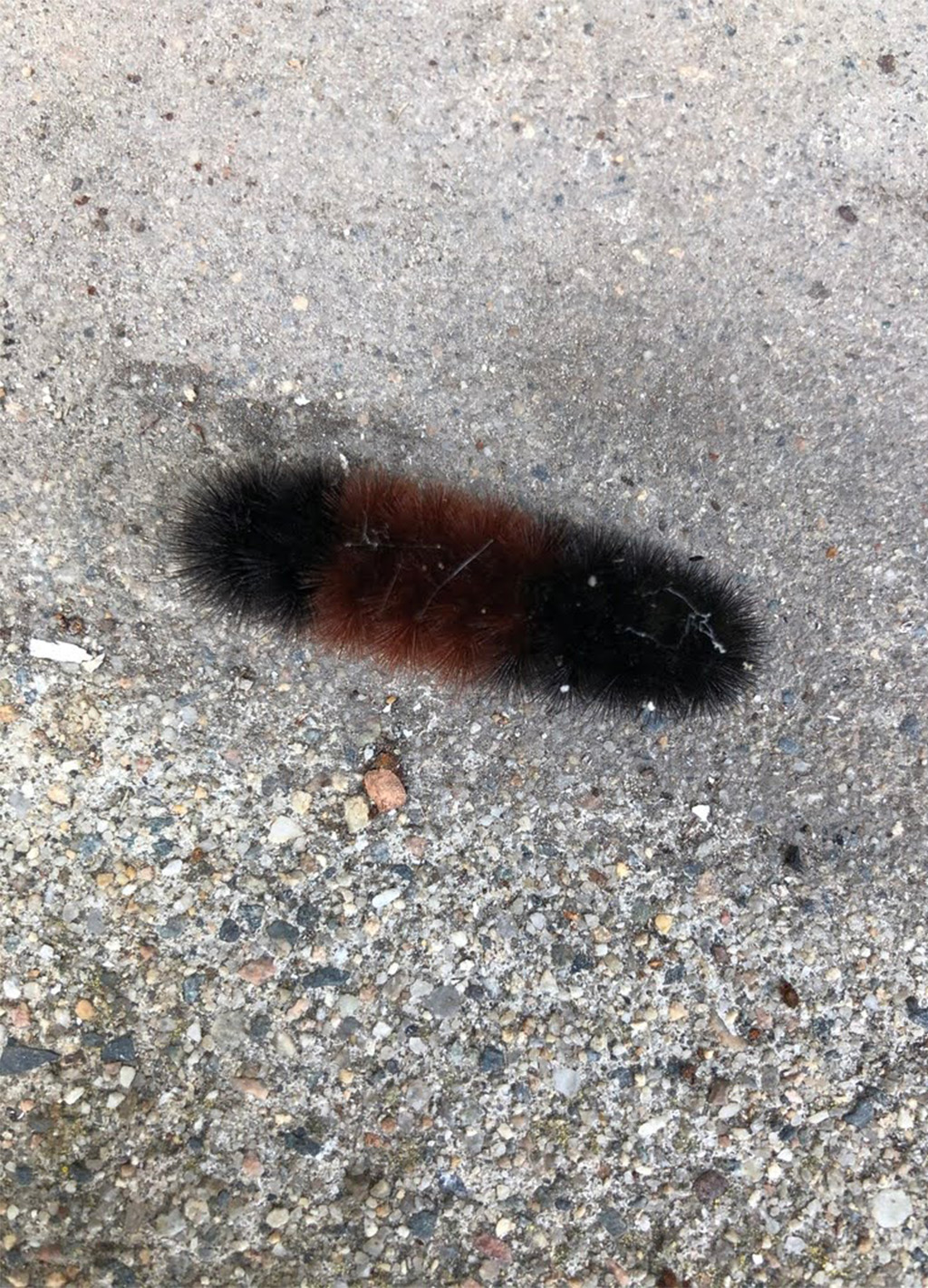 Research shows that caterpillars frozen for one week or six weeks survive the winter in high numbers (100 percent vs. 95 percent). Only about half in the long-freeze group pupate into cocoons, though, unlike almost all of the short-freeze group. 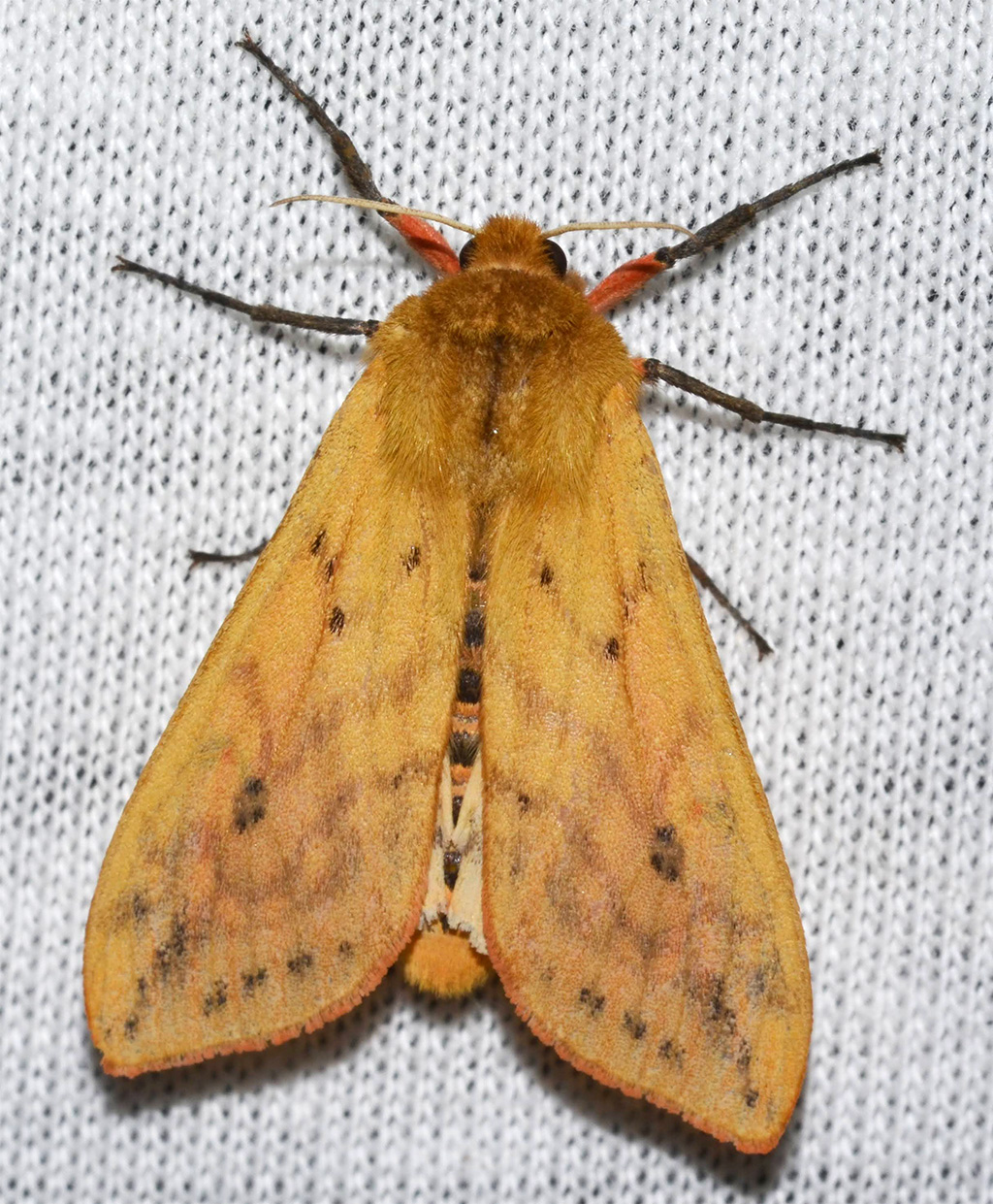 The Isabella tiger moth does not eat. Its only goal is to mate and lay eggs quickly. (Photo: Andy Reago and Chrissy McClarren via Wikimedia Commons)

If you happen to see a woolly bear crossing the road, wish it well finding a winter refuge. You can pay attention to the length of its middle band, but don’t count on it to predict the weather.