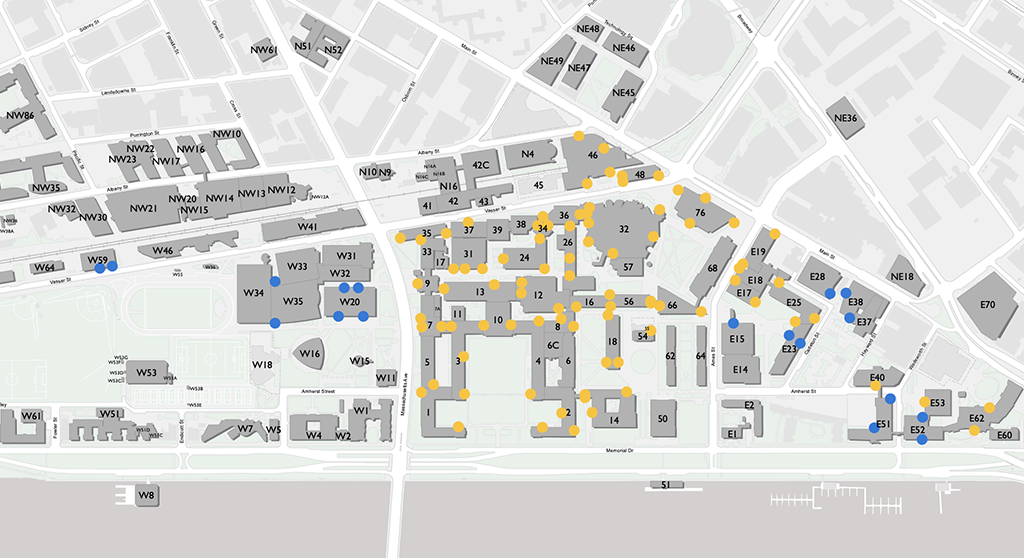 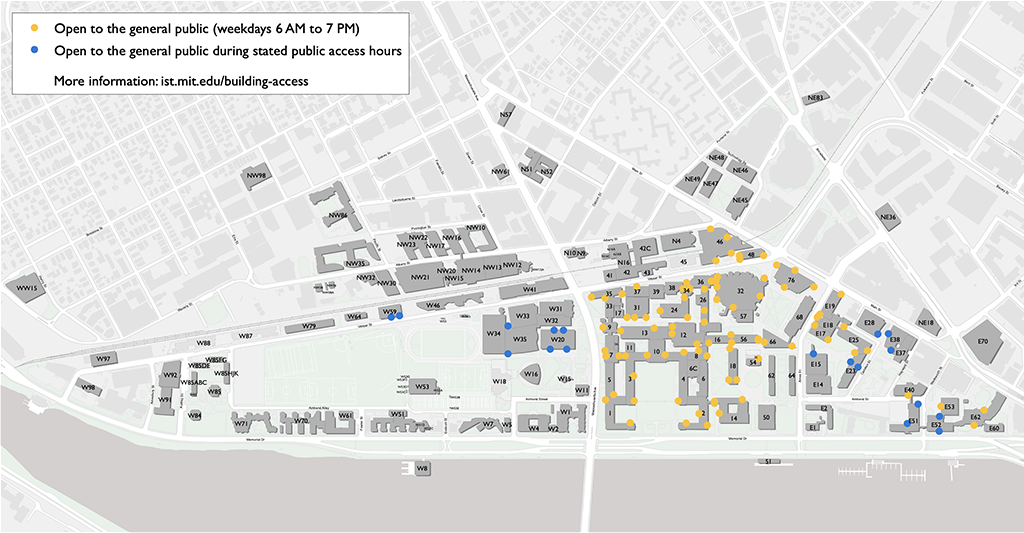 A recently released MIT map showing public access to many of its buildings.

The Massachusetts Institute of Technology opened more of its buildings to the public Thursday, bringing its historically open campus access policy closer to what it was before the Covid pandemic.

Public access was be restored to what was described as the Main Group of buildings, including libraries, Lobby 7 and the Infinite Corridor, according to a Tuesday communication to the MIT community from Cynthia Barnhart, MIT’s provost, and Glen Shor, executive vice president and treasurer. These buildings are now open to the public from 6 a.m. to 7 p.m. on weekdays. Another group of buildings with separately decided public access hours are also open.

Turnstiles in Lobby 7 will be removed at the end of the semester, the communication said.

MIT will create a working group to address “security enhancements” in the areas with newly restored access, the communication said.

The school said in August that it had decided to keep campus access limited as it had been at the height of Covid, dismaying community members who once praised the campus for openness.

“We learned that members of our community place different priorities on campus safety, ease of access and a welcoming environment for visitors, and that any successful solution must balance all of these values,” said the communication, referring to a survey sent to the MIT community.

City Councillor Burhan Azeem, who says he’s “been engaging with MIT about reopening their campus” praised the decision on Twitter.

“It’s not everything, but it’s a huge step,” Azeem tweeted.

Jack Reid, an MIT doctoral student who wrote an wrote an open letter expressing disappointment toward MIT in August, also said on Twitter that the new policy is “a step in the right direction.”