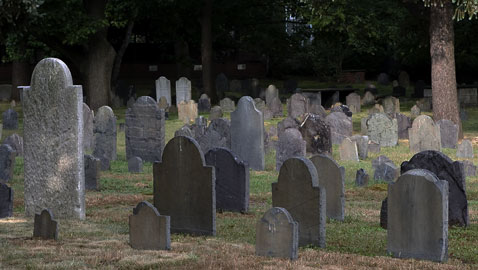 The Cambridge Haunts: Harvard Square Ghost Tour isn’t all scares. There’s plenty of history in it without death and gore.

Guides on the 90-minute Halloween-time tour will note such spots as the Old Burial Ground, which put paupers, former slaves and Harvard presidents side by side as early as the 1600s, and Christ Church, which dates back to 1758 and has played host to such figures as Teddy Roosevelt and Martin Luther King Jr. They’ll bust myths as well, explaining why you should never touch John Harvard’s toe for good luck in Harvard Yard or be sure exactly where George Washington declared that The Colonies were at war with England.

But scares and gore there are.

During an early version of the tour last month, guide Ashley Shakespeare and Sam Baltrusis, author of “Ghosts of Boston: Haunts of the Hub” mixed in several creepy occurrences from Cambridge history — some of it disturbingly recent — while playing around with which items would make the permanent version.

In the meantime, here’s a taste of what’s lurking around the streets and buildings of haunted old Cambridge, with the warning that the information given on this tour, as on so many, is given to entertain and can’t be taken as historically accurate. The information below only starts with Baltrusis’ tour and tries to find corroborating dates and facts, making additions or updates as necessary: 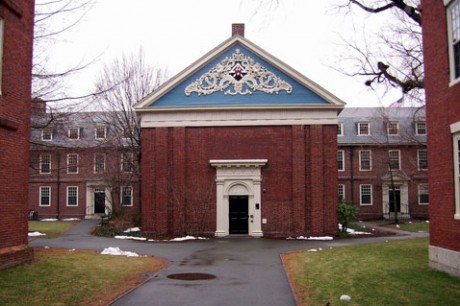 At Holden Chapel, Harvard’s first cadaver room, Shakespeare and Baltrusis stop to recount the tale of John Webster, who was convicted of the 1849 murder of Dr. George Parkman, who’d loaned Webster $2,432 and wanted the debt settled. Webster killed him instead and in Shakespeare’s recounting chopped up what he could of Parkman’s body, dumping pieces in the privy; hiding other parts, including the torso, in a tea chest; and burning other parts in a furnace, where bones including Parkman’s jaw (and false teeth) were later found. One of the key players in the drama, which played out at the Medical School in Boston, was a janitor and “resurrection man” who procured cadavers for medical students to dissect. PBS’ “Murder at Harvard” production includes a website with comprehensive information and documents about the case.

Parkman is said to haunt his former home at 33 Beacon St., with Shakespeare offering a 1999 plumbing problem as evidence. “He was flushed down the toilet, why wouldn’t he haunt the plumbing?” Shakespeare asked.

The trial lives on for its gruesome details and place in history, since it was the first trial to use dental records and some other forms of scientific evidence, but Webster was hanged.

Shakespeare’s takeaway from the case: “Pay back your loans.” 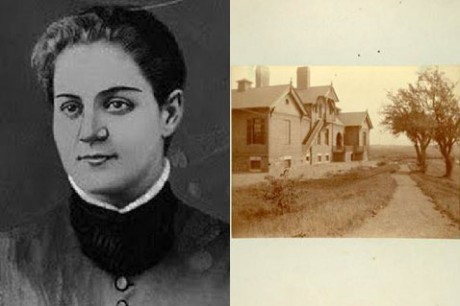 “Jolly” Jane Toppan began her career as a nurse — and her training as a serial killer — at Cambridge Hospital in 1885. The image at right from the Cambridge Historical Society is of the hospital’s Old Nurses Building from that era.

“Jolly” Jane Toppan began her career as a nurse — and her training as a serial killer — at Cambridge Hospital in 1885. She was a bit necrophiliac, Shakespeare said, overdosing patients on morphine and other drugs and climbing into bed with them because “she liked the feeling of the soul leaving the body.” After an investigation prompted by the suspicious family of a victim met during one of several moves within Massachusetts (also known as a “killing spree”), she was arrested in 1901 and convicted in 1902, when she confessed to 31 murders. Serial killer devotees have placed the number of victims as high as 100. Found insane, she was put in the State Lunatic Hospital in Taunton until she died in 1938. For much of that time, Shakespeare said, she refused to eat or drink “because she was afraid she was being poisoned and afraid she would suffer the same fate as the people she had murdered.” 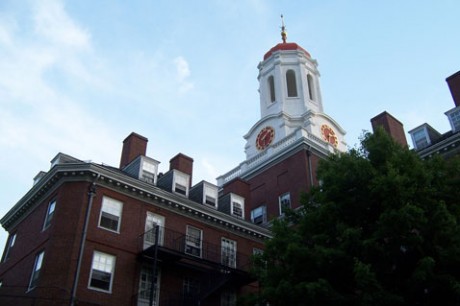 Harvard’s Dunster House was the scene of a fatal 1995 attack by a student on her roommate. (Photo: Geoffrey King)

Students in Dunster House woke up to screams May 28, 1995, as Sinedu Tadesse stabbed her roommate 45 times, then attacked a friend of her roommate who tried to intervene. Tadesse barricaded herself in a bathroom and hanged herself. Only the victim’s friend survived.

Tadesse, 20, of Ethiopia, had missed three of four final exams in the week before the attack, mailed random people to explain her despair and even sent her photo to The Harvard Crimson anonymously with a note saying, “Keep this picture. There will soon be a very juicy story involving this woman.” The victim’s family sued Harvard, saying officials there were negligent in preventing Tadesse’s breakdown and fatal attack.

Harvard’s Melanie Thernstrom’s “Halfway Heaven: Diary of a Harvard Murder” was published in 1997, provoking controversy for its charges the university could have done more to help Tadesse and other emotionally or mentally disturbed students and made “calculated efforts to whitewash [its role in] the story.”

More about Halloween and Cambridge: