Cambridge celebrities: Catching up, from Affleck to Waterston 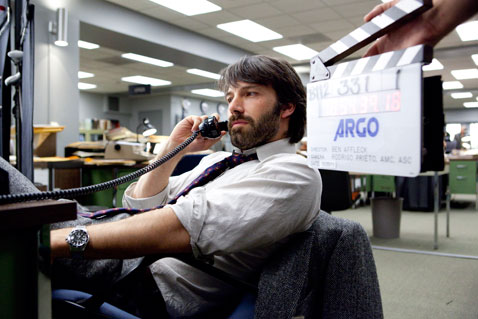 Cambridge celebrities: Catching up, from Affleck to Waterston

Ben Affleck on the set of “Argo,” which has been released to sterling reviews and a universal burnishing of Affleck’s reputation as a director.

Ben Affleck: Everyone loves Ben Affleck, which is weird when recalling how much free-floating, pointless and shockingly arbitrary loathing was directed his way only a few years ago. Many are calling him the next Clint Eastwood, except that he’s already better than Clint Eastwood, in large part because consistent great reviews for his “Argo” follow great reviews for “The Town” and “Gone Baby  Gone” — and now he’s returning to Dennis Lehane, the author of the novel behind that first directorial effort. Deadline.com said Thursday that Affleck is going to bring “Live by Night” to the screen; IndieWire goes four better by looking at five possible Affleck projects (not including “Justice League”): “Whitey,” about crime overlord Whitey Bulger, with Matt Damon and brother Casey Affleck as stars; a U.S. version of the thriller “Tell No One” by Harlan Coben; a two- or possibly three-movie version of Stephen King’s “The Stand”; “Race to the South Pole” with Casey Affleck; “Nathan Decker” with Affleck starring as a disgraced politician returning to his hometown; and “The Trade,” about New York Yankees Fritz Peterson and Mike Kekich, who revealed they’d been wife-swapping and had fallen for each other’s spouses.

Dane Cook: The comedian filmed four episodes of his sitcom “Next Caller” to fulfill a six-episode order from NBC before the network pulled the plug. Cook played a shock jock forced to take on an NPR-trained feminist as on-air partner, but “it seems the network felt the series wasn’t moving in the right direction creatively,” the Los Angeles Times said. The four episodes aren’t even due to air.

Matt Damon: The energy industry is targeting “Promised Land,” written by Damon and John Krasinski and directed by Gus Van Sant, for its critical look at the natural gas production known as fracking. “We’ve been surprised at the emergence of what looks like a concerted campaign targeting the film even before anyone’s seen it,” James Schamus, of Focus Features, told the Wall Street Journal.

Movieline’s Frank DiGiacomo asked Damon about returning as Jason Bourne, meanwhile, and got some iffy answers. “I’ve always been open to it as long as Paul Greengrass directs. I don’t think he’s going to do it,” Damon said. On the other hand:

“I’d really love to do another one because I love the character,” Damon said, but then he pointed out another issue that would make it “a real struggle to extend the franchise”: Bourne’s search to “find his identity” was what drove him through the first three movies. Now that he has answered that question, Damon said, “Where do you go next?”

Then Damon turned 42 and got a risqué party organized by John Krasinski at Simon Hammerstein’s The Box club in London. Notoriously, Damon and Tom Cruise were spanked by the club’s cross-dressing hostess.

Mindy Kaling: With “The Mindy Project” picked up for a full run by Fox, the writer-actor is looking at a little more of each, this time on the big screen with “The Low Self-Esteem of Lizzie Gillespie,” a — what else? — romantic comedy. She’s co-writing with Brent Forrester, who are sharing executive producer credits with Harvard Square resident John Malkovich, since his Mr. Mudd Productions is involved, according to the The Hollywood Reporter. The Monday report said Anne Hathaway is attached to star as “a woman whose lack of self-worth has limited her choice in men to losers. When she is about to hit the bottom of the barrel, life takes an unexpected turn when she is pursued by the hottest guy ever.”

Meanwhile, USA Weekend sticks to the substantive stuff by talking to Kaling and learning she’d “love to lose 15 pounds and exercise five to seven times a week.” (In the pilot to “The Mindy Project,” a character tells Kaling’s character she should lose 15 pounds. Kaling wrote the pilot.)

The Mighty Mighty Bosstones: The Cambridge ska pioneers have confirmed they’re holding their traditional Hometown Throwdown for the final three nights of the year, including a New Year’s Eve bash, at Boston’s House of Blues.Tickets are $25 to $50 and went on sale Friday. This is the band’s 15th annual Throwdown.

Passion Pit: The electronic pop sensation are the musical guests on “Saturday Night Live” tonight with host Christina Applegate and, according to the A.V. Club, will be on the “The Twilight Saga: Breaking Dawn — Part 2” soundtrack coming out Nov. 13 with its “Where I Come From.” Also on the album: St. Vincent, Feist and Ellie Goulding (and more).

Jimmy Tingle: The Cambridge-born, Harvard-grad comedian appears Monday at the Studio Cinema, 376 Trapelo Road, Belmont, to present his “American Dream — Live and On Stage,” including a screening of the documentary “Jimmy Tingle’s American Dream” followed by a Q&A and a live performance of “Jimmy Tingle for President: The Funniest Campaign in History.” The Belmont Patch calls it “a hilarious and thought-provoking one-man show … on every issue the next president will face — from alternative energy to immigration to jobs and the national debt.” Tickets are $20.

Soul Clap: News is scant about the DJs that built their legend in Cambridge, aside from the fact they’re headed to Australia in January, but they have a free mixtape available with friends Wolf + Lamb. Credited by Mixmag as “duos who put the fun in house music,” the crew has put together “Can’t Sleep” as an ode to “party-hungry insomniacs.” Soul Clap’s Eli Gold sings, and it’s available here for the cost of an e-mail address.

Sam Waterston: The “Law & Order” and “The Newsroom” actor is lending his gravitas to a campaign for public financing of elections in New York. “You can bet those fat-cat CEOs, millionaire lobbyists and multibillion-dollar corporations have their own interests in mind,” he says in a YouTube video posted Thursday in which he asks the state to match small donations from citizens to help blunt the impact of large donators on the political process. The idea has little support among Republicans, according to the City Room blog of The New York Times.