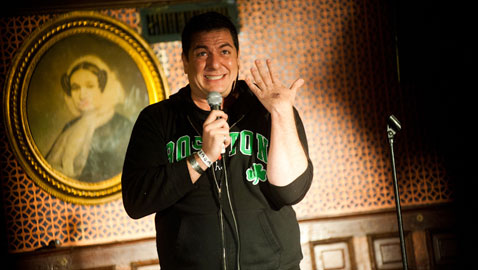 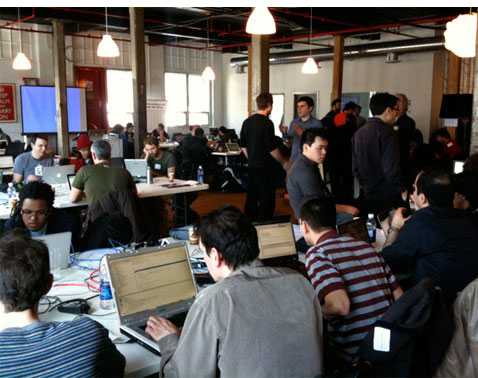 Watch the future get created (with beer and pizza) at the Hack/Reduce Kickoff Hackathon. The nonprofit Hack/Reduce is a so-called “big data clubhouse” for developers, data scientists and the like who want to lead the way into the future of technology, and its principals are going to see how far they can get with this all-day hackathon, a programming orgy with beer, pizza and — of course — large-scale computer cluster, data sets and workspace provided in the company’s “amazing space” in the old Kendall Boiler & Tank Building. There will also be workshops. The future starts at 9 a.m. Saturday at Hack/Reduce, 275 Third St., Kendall Square. (Okay, this event, which is intended to create “cool Big Data analytics applications that run on a Hadoop cluster” isn’t for everyone, which you can tell from the number of phrases in quotation marks. But aren’t you glad to know it’s happening?) 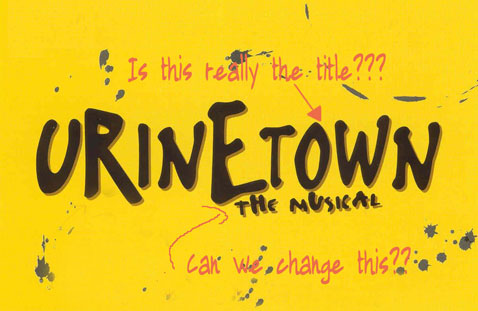 Be relieved to love “Urinetown” at Cambridge Rindge & Latin School. The high school’s fall musicals are always top-notch, giving value far beyond the $5 ticket price, and they generally sell out. This year’s choice of “Urinetown” is inspired — one of the best musicals of the Oughts and a leader of a welcome revisionist trend (you get a sense of the satirical intent from the name of the opening song: “Too Much Exposition”) that was the genre’s best chance of winning over haters, along with romps such as “Bat Boy,” “Avenue Q” and “The Drowsy Chaperone.” This send-up of big musicals such as “Les Miserables,” set in a future when there are no private toilets, shows at 2 and 7 p.m. Saturday and 2 p.m. Sunday at the Fitzgerald Theatre, 459 Broadway.

Hey, did someone mention “The Drowsy Chaperone”? This meta-musical is showing this weekend at 8 p.m. Saturday in the Stratton Student Center at the Massachusetts Institute of Technology, 84 Massachusetts Ave., for $15 general admission, $6 for students of the institute or Wellesley College or $10 for institute faculty, staff and affiliates. The blurb for the show from the university’s Musical Theatre Guild: “If you’ve ever sat in a dark theatre and thought, ‘Dear Lord in heaven, please let it be good,’ this is the show for you!” 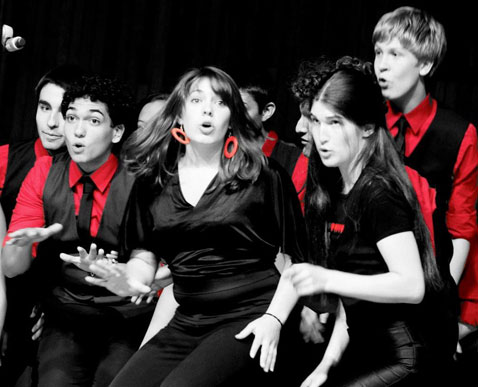 See (and hear) a grand champion crowned at the A Capella Armageddon. College a capella never went away, but with the film “Pitch Perfect” bringing in $59 million in U.S. box office alone, this might be the year the A Capella Armageddon slips into full car-tipping riot mode. The  showdown of 10 university singing groups brings a prize of 25 hours in a recording studio, but it’s not like these ur-Gleeks ever needed an excuse to bust out their most elaborate “Rolling in the Deep” covers. Taking part this year: the Chorallaries from the Massachusetts Institute of Technology; Tufts University’s sQ!; Boston College’s Heightsman and The Bostonians; Boston University’s Allegrettos and Chordially Yours; Brandeis’ Voicemale; the Northeastern’s Treble on Huntington and Unisons; the University of Massachusetts at Amherst’s Doo Wop Shop.The competition takes place from 1 to 4 p.m. at The Middle East, 472-480 Massachusetts Ave., Central Square. Tickets are $10 in advance or $15 at the door. 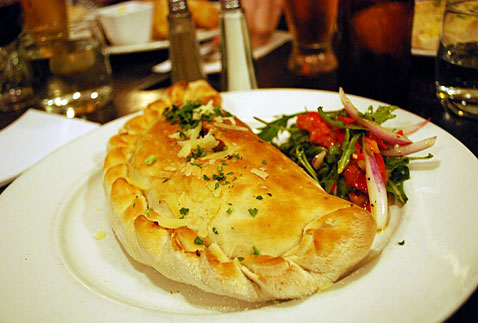 Eat your fill at the Unknown Calzone Dethrone at Dante. RSVP fast! This is the sixth annual cookoff for Dante, which has been through such stalwarts of Italian cuisine as sausage and ravioli, named a chili champ and finally, finally, finally gotten around to gathering area chefs to see who makes the best calzones. The competitors are to include Harvest’s Mary Dumont, Catalyst’s Anthony Mazzotta, ArtBar’s Brian Dandro as well as Jamie Bissonnette, Anthony Caturano, Evan Deluty, Louis DiBiccari, Jason Santos, Dan Raia, Brian Anderson, Colin Lynch, John Rush, Matthew Morello, and Josh Ziskin and Dante’s own Dante de Magistris, all cooking meat, poultry, seafood or vegetable calzones from 2 to 5 p.m. Sunday. Entry is $20. The event is outdoors, rain or shine. Dante is at 40 Edwin H. Land Blvd., East Cambridge, by the Lechmere stop on the MBTA green line. For information, call (617) 497-4200. 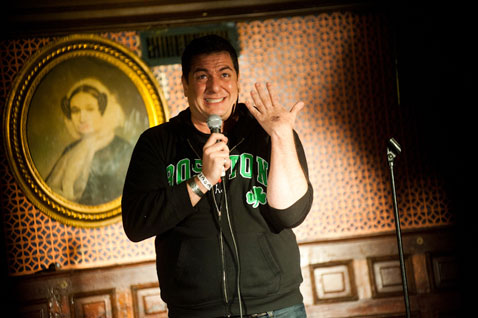 Hear Ronald Reagan jam and laugh with Evan O’Television and Mehran Kaghani at Toad. Ronald Reagan is “Boston’s premier 80s pop saxophone duo” and so good they’re opening for Amanda Palmer on her tour — including the three-night stand ending Saturday at the Paradise in Boston. At 9 p.m. Sunday it ramps down again, playing at tiny Toad in Porter Square, and it’s bringing two of the region’s best art and comedy talents: Evan O’Television, whose split-second comic timing, technology and self-reflective, Gen X angst has made him famous for arguing with himself via TV (he was called “the funniest one-man — and two-man — show” at the New York International Fringe Festival); and Mehran Khagani, voted best comedian in the 2010 Boston Phoenix readers’ poll and only recently returned to the stage. (Just to make this all circular, he went to high school with Palmer.) The phrase most associated with Khaghani, or at least the most publicly quotable, is that he specializes in the “charming presentation of the obscene and absurd.” Toad is at 1912 Massachusetts Ave., Porter Square.