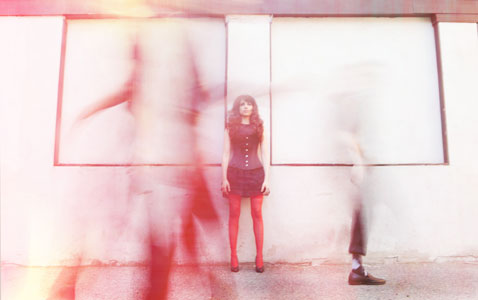 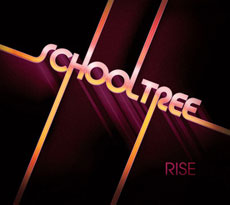 Fans of vinyl are always complaining about the loss of audio “warmth” that arrived with the compact disc in 1982, but it’s hard to understand the complaint when you listen to Schooltree’s “Rise.” This is music that embraces the era that ended with the CD’s arrival, and it sounds awesome in every meaning of the word “sound.”

Lainey Schooltree’s vocals and keyboards give you all the Kate Bush you suspected you were missing between 1978’s “Wuthering Heights” and 1985’s “The Hounds of Love,” while her band – Brendan Burns on guitar, Jordan Ross on drums and Derek Van Wormer on bass – make up for the collaborations between Queen, Yes and Stephen Sondheim that should have happened but didn’t. (Drummer Jesse Armerding and bass virtuoso Michael Leggio contribute as well.)

While some of that can be credited to time at top-notch recording and mastering studios paid for with a more than successful Kickstarter campaign, much of it is simply Lainey Schooltree’s total mastery of the idiom – “power pop, ’70s-era progressive rock, classical and theatrical storytelling,” in her own words.

Two of the nine tracks are taken from among the best of her “My Metal Mother” RPM Challenge album, then somehow improved, including the clever and totally seductive “Foreverish.” The other, “After You’re Gone,” at the very least shows just how good Schooltree is at choosing bandmates: Burns is a consummate guitarist, but his playing is usually generous to the point of modesty, while here Schooltree has him embracing his shaggy, 1970s era-of-excess rock god self. His solos in “After You’re Gone” and “Heavenside” are epic and blistering.

The entire album is like that, show-offy in the best way. Time travel can be dangerous, but you know you’re in good hands with Schooltree from the six-minute opener of “Six Feet Up,” which keeps ripping aside curtain after musical curtain to show better and better stuff behind it, from a rising piano to an explosion of sound from the full band to Schooltree’s full, fluid vocals to the kind of changes in chord and tempo you’ll remember from the era’s most monumental albums – Genesis’ 1974 “Lamb Lies Down on Broadway,” for instance.

It’s not all grandiose, though. The sweet “Let’s Dance” holds back from bombast until the last, emotion-filled minute in a way instantly recognizable to anyone who’s ever wanted to know where a relationship is going. Schooltree’s grounding in comedy, burlesque and neo-Vaudeville also gets a chance to shine – sprinkled through the album in her sly lyrics but getting the spotlight in the very funny “Today,” in which a crotchety character complains: “Can’t pay the rent/feeling violent/can’t trust the government. Life as we know it/just kind of blows/not like it used to be.”

But for fans of Schooltree’s influences (add ELO, Todd Rundgren, Frank Zappa, Happy Rhodes, Laura Nyro, Deerhoof and even some Debussy, Bartok, Bernstein and Gershwin to the list), things are as they used to be. This is the album they’ve been waiting for … even if it isn’t getting a release on vinyl.

Schooltree’s record release party with Count Zero – an iteration of the late, great Think Tree – (and some comedy and burlesque) is at 9 p.m. Friday at The Lizard Lounge, 1667 Massachusetts Ave., between Harvard and Porter squares. The show is 21-plus. Tickets are $10.