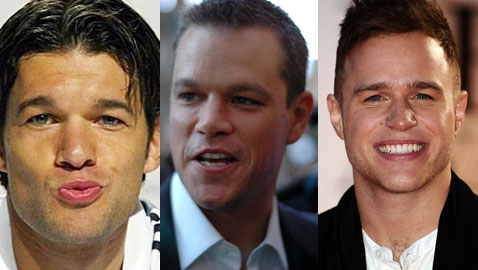 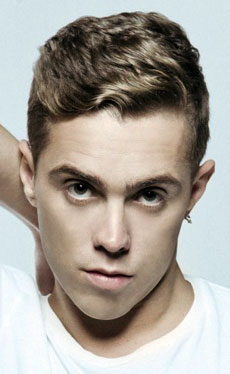 Sammy Adams: Good news and bad news for the rapper this past week.

He is joining with the cast of “Jersey Rules” in a “Spring Fix” benefit concert March 23 – part of an alternative spring break event in which MTV and the United Way bring 50 college students from around the country to New Jersey to help repair damage from Hurricane Sandy. That work starts Sunday, with the Adams concert serving as a reward. Broadway World also reports that Adams is touring this spring, as well as wrapping up a studio album.

But he also has a free night for a lame reason. St. John’s University and the College of St. Benedict in St. Joseph, Minn., canceled its annual 13 Pines concert, scheduled for April 27, because administrators didn’t approve of the choice of Adams as headliner. “His lyrics are blatantly sexist and promote binge drinking,” a spokeswoman said.

Senior Shane Schiavo is among those unhappy with the decision. “They are not my parents. We are adults here,” Schiavo told sctimes.com.

Ben Affleck: But such is life when you’re a big star. There are ups and downs.

It’s big news when you take it easy the week after winning an Oscar, eating ice cream on the couch and hanging out with your family. And it’s big news when you and wife Jennifer Garner are honorary co-chairs of the event March 10 John Varvatos 2013 Stuart House Benefit, which supports a charity serving the special needs of sexually abused children.

But then you also have to deal with rumor mongers saying your marriage is constantly on the rocks (here’s Gossip Cop explaining why that’s nonsense) and the occasional threat of an entire country suing you (or somehow suing “Hollywood”) in the unlikeliest case to succeed in court since Lionel Hutz sued claimed false advertising against the film “The NeverEnding Story.”

Alex von Tunzelmann at The Guardian has a list of other countries that should sue Hollywood, which is really every country.

Michael Ballack, Matt Damon and Olly Murs. One is German, one is English and one isn’t using the toilet. (Photos: claire_h; ChelseaFc-2009; Beacon Radio)

Matt Damon: This was the week people thought non-Matt Damons were Matt Damons. First, German retired soccer player Michael Ballack reported that he was being stopped for autographs by fans thinking he was Damon; then Olly Murs, an English singer-songwriter and television presenter said it happened to him too. It’s news when semi-famous people are mistaken for famous people.

But why not? Damon’s so famous that fellow celebrities are rushing to join his water.org toilet strike to raise awareness for better water quality in developing nations.

John Malkovich: Big news for Malkovich on two fronts in the past week. First, he announced a 17-piece beach collection to be designed by him, made by his Technobohemian label and sold through Yoox. “From poolside to cocktail hour, the capsule collection offers something for every occasion,” Metro.co.uk says, “from unstructured jackets and Bermuda shorts to polo shirts and swimming costumes.” As Malkovich says in a video on the fashion site: “I draw on the set, because on a movie set of course you have a lot of time waiting. Rather than sit there and do nothing, I prefer to work.”

So it looks like boom times for Technobohemian, as Malkovich has signed to a television series. He’ll be starring as Blackbeard in a 10-episode NBC pirate series called “Crossbones,” TV Line reported. Hugh Laurie had been in talks for the role.