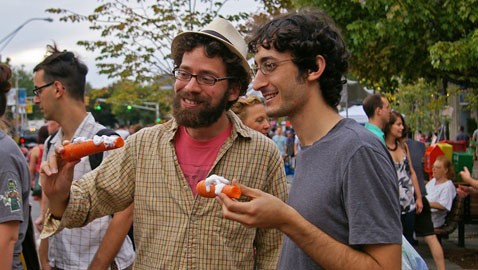 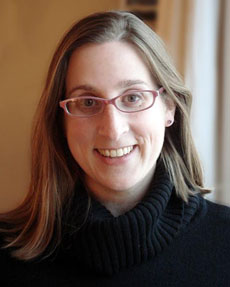 Author and blogger Carrie Russell says Somerville’s potlucks and Fluff Fests put it head and shoulder over its hipster competition.

A Pennsylvania blogger – and former Cantabrigian and Harvard Law student – has declared Somerville the hippest city in America.

How did Russell determine all this? While the headline on her posting is a facetious “New Study Names Hippest City in America,” she admits, “The facts in this post may or may not be strictly statistically accurate but instead are based on standards methods of casual observation.”

Good thing for Somerville. When Forbes looked at America’s Best Hipster Neighborhoods in September and crunched figures on such things as walkability, neighborhood coffee shops per capita, local food trucks, farmers markets, locally owned bars and restaurants and how many residents work in artistic occupations, it was Silver Lake in Los Angeles that came out No. 1.

When a Greater Boston community did appear on the list, all the way down at No. 18, it was Allston-Brighton taking the honors.

(Strangely enough, Forbes also had a top 10 “hippest” list that came out a month earlier, with Houston at No. 1 and Boston at No. 7.)

For Russell, though, it was no contest.

“I don’t live in Somerville, but I keep seeing Facebook posts from friends there who have just come from a potluck dinner with the mayor or attended a Marshmallow Fluff Fest,” Russell writes, “Somerville has out-Portlandia’d Portland.”

Not everyone was happy with the designation.

“Stupid posts and articles like this help reinforce the idea that Somerville is some utopian hipster mecca, and those lemmings keep eating it up and moving here. And buying $4 doughnuts. And making the line to the Neighborhood Cafe an hour long. And raising rents. Etc, etc, and so forth,” wrote a commenter on the aggregator Universal Hub. “Those kids need to get offa my lawn!”

After graduating from Columbia, Russell moved to Cambridge in 2001 and attended Harvard, graduating in 2004, according to her self-posted biography. She’s a native of Wayland, Mass.

A significant portion of the action in “Drowning Cactus,” her first novel, takes place in Somerville, she says. The novel is expected to be released this summer.