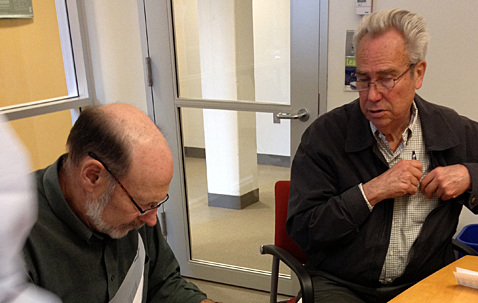 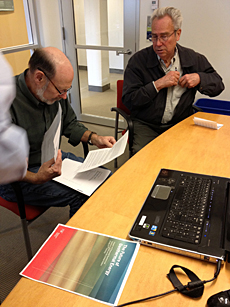 A Harvard sustainability expert doesn’t think the Massachusetts Institute of Technology plan for Kendall Square lives up to its own standards of innovation.

The city’s Law Department considers the zoning amendment to be expiring April 15 and, with no council meeting that day, the council is on track to vote on it Monday, with a likely lengthy public comment period starting at 5:30 p.m.

“The fact that it is MIT, and the knowledge and technologies coming out of this institution” is what stood out as surprising, said Spengler, a member of the expert advisory panel for the city’s Climate Change Vulnerability Assessment project. “Their ideas are changing the world. Why aren’t they being demonstrated here?”

Institute officials vow that most of the new buildings in Kendall Square will meet LEED Gold level criteria and “incorporate the best practices for meeting sustainability” in energy and emissions, landscaping and water management, “cool roofs,” healthy design, monitoring and encouragement of alternative transportation and other earth-friendly ideas among people using its buildings. Spengler was not impressed when comparing that with what MIT is doing overseas – namely the use of geothermal energy to heat and cool the campuses of Novartis in Basel and ETH in Zurich. A belief in U.S. use of geothermal energy was backed as far back as 2007 by an 18-member MIT panel that produced a 400-page study paid for by the U.S. Department of Energy.

“A chance to really innovate”

“It’s easy to get LEED gold,” Spengler said. “Here’s a chance to really innovate and demonstrate in a very large complex the aspirations of having zero energy impacts or very reduced impacts, as the Novartis campus in Basel has been demonstrating can be done, as ETH in Zurich is demonstrating can be done. They’re actually built off the theory that comes out of MIT – that’s the issue.”

“And you have all the innovation in the world in the Media Lab of alternative transportation systems that they’ve been developing, and the future energy concepts elsewhere at MIT,” Spengler said, “and here you have MIT highly invested in new property and you’re just going to give a run-of-the-mill, ho-hum commercial spin on this? That’s the opportunity that’s lost.”

It would be “unfortunate” to let an opportunity go by to make Cambridge into “a shining example of the sustainable city of the future,” he said.

He met Monday for a briefing on the Kendall Square plans with Fred Salvucci, a former state secretary of transportation and MIT senior lecturer in civil engineering. They were brought together by the Cambridge Residents Alliance’s Charlie Teague.

Spengler – who e-mailed councillors Tuesday to express his disappointment with the institute proposal – said he felt the plans also failed to live up to the city’s upcoming Earth Day compact with MIT and Harvard. (Mayor Henrietta Davis said the text of the compact was still being worked on, but that it was inspired by this Dec. 17 policy order.)

“If you don’t have our own institutions demonstrating the possibilities, who’s going to do it? Who’s left to do it?” Spengler asked.

But the mayor, a longtime advocate for the environment and alternative transportation, seemed pleased with Kendall Square plans as they were. During a Tuesday meeting of the council Ordinance Committee, she said the district as proposed would be “a model for others.” (Councillor Minka vanBeuzekom said she would “dearly love to see net zero” energy use by MIT in Kendall Square, but said she knew that was “pie in the sky.”)

Top MIT officials and faculty are also clearly enthusiastic about the plan without the level of innovation they propose overseas.

At the week’s City Council meeting, a stream of institute officials and faculty spoke to urge city officials to pass the zoning plan, including President L. Rafael Reif and a group of top faculty members.

“Our proposal is better for your careful craftsmanship … together we can create the most successful innovation district in the world, a place with lively laboratories and equally lively sidewalks,” Reif said, a reference to the months of tinkering and tweaking suggested at meetings of the Planning Board, council and council Ordinance Committee. “I look forward to working with you as we proceed together to pursue our dreams in Kendall Square.”

The deans of MIT’s five schools submitted letters in support of the petition.

The star power made an impression on councillors Ken Reeves and Denise Simmons, who acknowledged Reif’s presence in their remarks. Reeves said the personal attention of the president put MIT “ahead of Harvard” in public relations efforts, while Simmons said she was “pleased to see our concerns have risen to the level that we attract the presence of the president.”

Even Phil Clay spoke in favor of passage of the zoning petition – surprising some who figured the professor leading a university work group on housing issues would hold off on expressing an opinion until he reported its findings in July.

Resident James Williamson said it was “shocking” to hear Clay expressing support when there was still more than three months to go in his group’s study, while Brian Spatocco, president of the university’s Graduate Student Council, merely wished Clay’s study had started months ago – especially since his council had called for its creation 10 months earlier.

Like Spengler, Spatocco wasn’t sure the Kendall Square proposal was up to the standards of MIT.

“If I was going to propose [an academic] project even 1/1000ths the size of this, the amount of rigorous quantitative analysis I would have to conduct would be greater than what has been publicly offered or done by the city so far,” he said. “The recommended housing numbers are more the product of political push and pull and not a true, rigorous understanding of the housing market. The [Kendall Square design] process was so unsatisfying that it drove many of the residents to start their own project and hire its own consultant.”

“Show me the data. Show me the analysis. This is exactly what each one of these distinguished faculty behind me would have expected of me if I was proposing something for my lab or their lab,” Spatocco said.

Note: After publication of this story, Spengler was asked for more information about MIT’s work overseas. He has refused to provide further information.