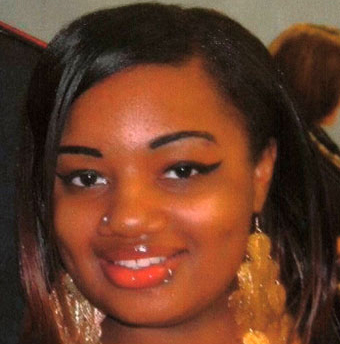 While the fatal shooting of Charlene Holmes last summer continues to haunt the city, it stands out as Cambridge’s only murder of 2012. There was also only a single reported instance of stranger rape, 16 commercial robberies and 117 stolen cars, police said Monday.

In fact, for the second year in a row, police releasing an annual crime report say crime in Cambridge is at historically low levels.

“We are proud to report that crime continues to trend downward in our city,” Police Commissioner Robert C. Haas said Monday. “I attribute this decline to the hard work, dedication and professionalism of the men and women of the Cambridge Police Department, as well as our vigilant residents who help to drive our resources.”

Serious crime in Cambridge decreased by 3 percent last year, to 3,478 crimes, down 89 from the previous low of 3,567 crimes recorded in 2011. The number of crimes reported last year represents the lowest total of index crimes reported to the FBI since Congress enacted the Omnibus Crime Control Act in 1968.

The complete report can be downloaded as a PDF here.

Looking closer at the crime breakdown, there were 67 fewer property crimes reported last year to register a 2 percent decline when compared with 2011. When gauged against the five-year weighted average, property crime was down 5 percent. There were 414 violent crimes in the city, 22 fewer incidents than in 2011. Compared with the five-year weighted average for violent crime in Cambridge, these types of incidents dropped 6 percent.

Holmes, 16, was shot June 3 in a drive-by shooting on Willow Street. Thanialee Cotto, 17, was shot and injured in the same incident. District Attorney Gerry Leone and Haas told the Cambridge Chronicle in September that their departments had an “all hands on deck” effort in place to solve the case so there was “a [solid] piece of litigation at the end … these officers are working so hard on the case [because] we want a prosecution that’s going to stick and be proven beyond a reasonable doubt.”

But there has been no word on an arrest for months, leading city councillors to file a policy order March 18 asking for a report on the case’s progress.

“We know it’s a standing investigation and there’s only so much that can be said, but we have really heard nothing but silence communitywide,” councillor Ken Reeves said. “[There’s] disbelief that we can have a Cambridge where a young girl gets murdered and we have no idea what happened.”

While Reeves said he wasn’t pointing fingers, “I would really like to get to knowing what did happen,” he said. “This is a real plea. I wish the city manager would make some response. There must be some bit of information it would be appropriate to let the policy-makers of the city know.”

Citizens want information too, though. Councillors gave permission to Hassan Rashid to speak on the death at the April 1 meeting, although by then the councillors’ order was only on a list of items awaiting reports from the city manager.

Rashid urged officials to “step up the investigation.”

“There are those among the public at large that believe if the victim of this drive-by killing disaster in [Wellington-Harrington] had been a 16-year-old white girl, more results leading to the arrest of the responsible party would now be available,” Rashid said. “It’s part of the problem and not part of the solution – and by part of the problem I mean not doing anything about this disaster.”

Neighborhood groups should share equally in blame or credit for the lack of action and safety of the community, Rashid said, reflecting to some degree a comment made Monday by Haas.

“We believe that an informed community is a safer community,” Haas said. “I encourage all Cambridge residents to read this report so they can be aware of the crime and quality of life issues that police are responding to in their community.”

This post took significant amounts of information from a press release.