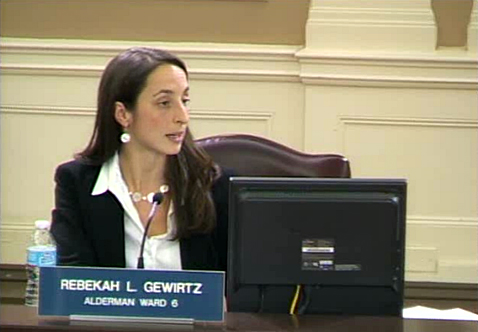 Somerville’s Board of Aldermen has passed a law that’s good news for street performers, and for the First Amendment – ending a nearly 80-year-old law that said most public gatherings had to have permits from city government.

This issue came under discussion when police began citing street performers in Davis Square last summer for not having the proper permits, although there was no way to get such permits.

When the problem came to the attention of Davis Square alderwoman Rebekah Gewirtz, she began questioning whether the ordinance, dating back to 1934, was constitutional in the first place. It began a seven-month process that included study by the city solicitor and Gewirtz’ Legislative Matters Committee and ended April 11 with the enthusiastic approval of the eight aldermen present.

“It’s something I felt quite passionately about ever since I learned what’s in our current ordinances with respect to musicians and street performers and how limiting and problematic the language is,” Gewirtz told the board. “It really does have implications for the First Amendment and our right to free speech.”

“I’m proud the committee did its work, its due diligence. We came up with what I think is a terrific new ordinance that’s bringing on a new day for street performers in Somerville. We are a place that loves our musicians and artists, and this reaffirms that,” she said.

In the end it was a quiet vote. By the time the roll was called – nearly two hours into the meeting – most people in attendance had left the chamber. The motion was posed and voted on in a matter of minutes and with no debate or opposition.

There wasn’t much motion in those still in attendance, either.

After gaveling the law into effect, William A. White Jr., president of the Board of Aldermen joked about the silence in the chambers.

“I saw a couple of street performers here. I thought they’d burst out in performance for us now that we’ve passed it,” he said. “No entertainment tonight.”