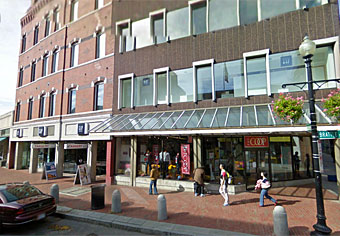 A local social justice group is calling for a vigil and demonstration at the Gap store in Harvard Square at 4 p.m. Saturday.

Reacting to last week’s fatal garment factory collapse in Bangladesh, a local social justice group is calling for a vigil and demonstration at the Gap store in Harvard Square on Saturday afternoon.

The collapse at Rana Plaza killed 430, and 129 people are missing – the latest in a series of factory disasters killing or injuring people making lower-cost clothing for sale in America and Europe. Mass Interfaith Worker Justice, which is leading a coalition of social justice organizations in the Saturday action, says a self-regulatory approach to factory safety used by the Gap isn’t working.

The Gap was not one of the retailers outsourcing to Rana Plaza. “They’re being targeted specifically because of the incredible sway they have over regulations in that country,” said Jason A. Stephany, communications director for the Boston-based MassUniting. “Most of the major contractors have signed on. For whatever reason, it has not stated why, the Gap has been a holdout.”

The safety of the workers in Bangladesh and throughout the world is something that is very important to us. Ensuring worker safety is a critical component to the social responsibility programs that we’ve had in place for more than 20 years. Our efforts are focused on proactive programs that improve working conditions and have a positive impact in the communities where Gap Inc. does business.

Signers of the Bangladesh Fire & Building Safety Agreement including companies such as PVH/Tommy Hilfiger and the German company Tchibo, while the San Francisco-based Gap, with more than 3,300 stores worldwide, launched its own fire and safety effort in January 2011 with Abercrombie & Fitch, JCPenney, Target and VF Corp. in answer to a factory fire in Dhaka, Bangladesh. It gave updates on its four-point plan in September, October and November on its websites’s social responsibility page, but has not commented specifically on the April collapse.

From its network in Bangladesh, Mass Interfaith Worker Justice knows nothing has changed despite the Gap’s announcements, said Paul Drake, the organization’s director and lead organizer. He called the company’s changes “not really verifiable … they’ve promised change, and change hasn’t come.”

“Too many people have died and more will unless GAP changes course,” Drake said. “This latest disaster is proof that the time for excuses is over. We need action on a binding fire and building safety agreement now.”

There will be a 4 p.m. vigil at the Harvard Square T Station and a 4:30 p.m. informational picket at the Gap store, 15 Brattle St., Harvard Square.