The data speak: Way more people want to know about Cambridge than Boston 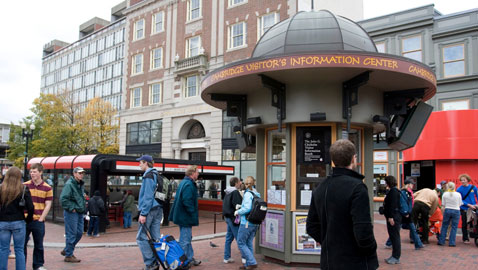 The data speak: Way more people want to know about Cambridge than Boston

Sure, Boston is an interesting place with lots of history and cool stuff, but is it, you know, Cambridge interesting?

By one measure, not even close – despite Cambridge being about 13 percent of Boston’s land mass, with about 17 percent of its population and three large institutions of higher education compared with Boston’s nearly 30.

The measure is Wikipedia’s article traffic statistics tool. The site, which describes the count as “easily susceptible to deliberate attacks and manipulations, but for most articles … should give a fair view of the number of views,” says the Cambridge page on the online encyclopedia gets more than twice the traffic of one about its far larger neighbor to the south.

That is, in the past 90 days (dating back to May 10) the Cambridge page has been looked at 94,072 times, with a peak of 1,723 views on May 12 and a bottom of 758 on June 13 (discarding an outage that took out data sitewide for all of July 23 and apparently for much of the next day, judging from uniformly truncated figures). 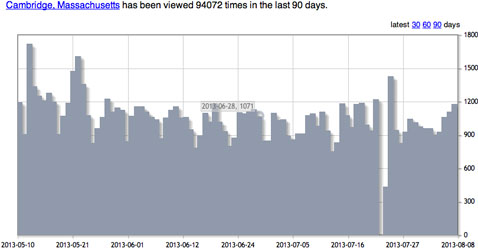 Meanwhile, the Boston page got 42,573 views in the past three months, peaking at 627 on May 13 and hitting a bottom of 343 on July 27. That total is less less than half of Cambridge’s total in the same period. 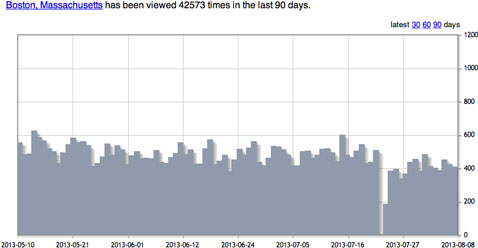 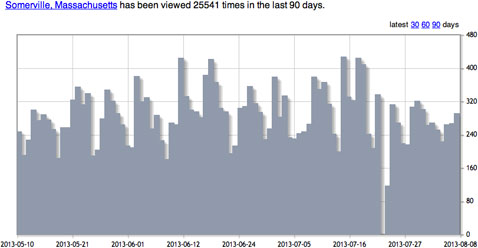 As for Cambridge’s other neighbors, here’s a rundown of their pageviews in the past three months in descending order: 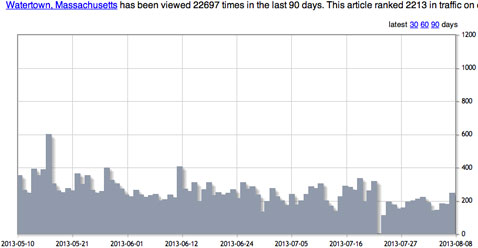 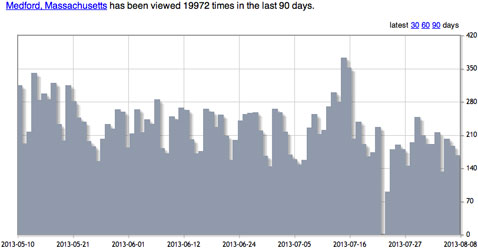 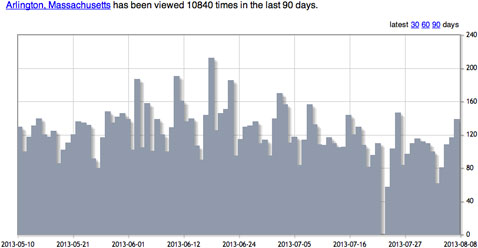 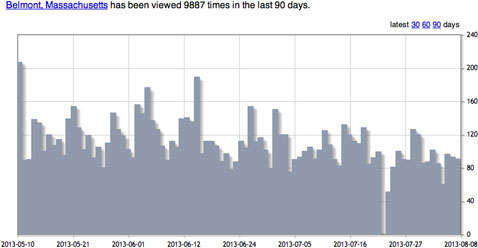