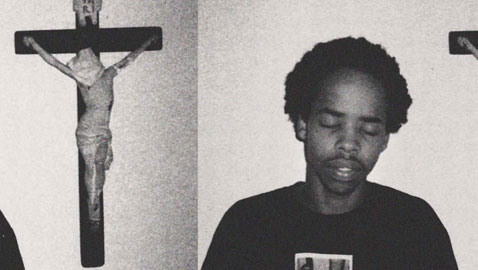 The rise to fame of 19-year-old Thebe Neruda Kgositsile as Earl Sweatshirt of the Los Angeles hip-hop collective Odd Future has been marked by praise, trouble and confusion. This time last year, Earl Sweatshirt was off the radar in Samoa attending a camp for troubled teenage boys while fans of his first studio-released EP, “Earl,” were left to wonder where he disappeared to and when, if ever, they would hear new verses from the teenage emcee. Now Earl Sweatshirt is back with “Doris,” debuting at No. 5 on the Billboard 200 chart, and headlining a solo tour of North America that starts with a sold-out show Sunday at The Sinclair.

“Doris” was released by Earl’s own Tan Cressida imprint and Columbia, making the album his major-label debut. Within its first week, “Doris” topped the hip-hop charts in the United States. In contrast to his first EP, the maturity and depth of the lyrics are a welcome contradiction to the blunt and often vulgar verses he recorded at 15 years old.

Compare: In his first hit song, “Earl,” he drops the line “Earl puts the ass in assassin.” Lyrics from “Burgundy,” the second track on “Doris,” are an introspective exploration of the stress and pressure affecting the young, hyped star.

Grandma’s passing but I’m too busy tryna get this fuckin’ album crackin’ to see her.
So I apologize in advance if anything should happen and my priorities fucked up I know it.

The morose, sometimes synthy beats incorporated into several tracks of “Doris” are a great partner to his newly poetic lyrics.

Earl is the youngest member of the collective Odd Future Wolf Gang Kill Them All, abbreviated OFWGKTA, alongside other big names such as Frank Ocean and Tyler, the Creator. It was Tyler, the alpha rapper and producer behind the collective, who discovered and recruited Earl Sweatshirt, then known as Sly Tendencies, in 2009.

His mother, worried about her underaged son’s behavior and actions, sent Earl to a troubled-teen camp in the South Pacific Ocean. After his 18th birthday, he was allowed to return to Los Angeles, his music and Odd Future. But the time away helped raise his verses from immature wordplay to that level of self-awareness that makes Earl one of the top young hip-hop artists today.

After returning from Samoa last year, Earl told Pitchfork, “I hope I lose you as a fan if you only fuck with me because I rapped about raping girls when I was 15.”

After touring Europe with Eminem, Kendrick Lamar and Tyler, The Creator, Earl Sweatshirt starts his tour in Cambridge at The Sinclair on Sunday.