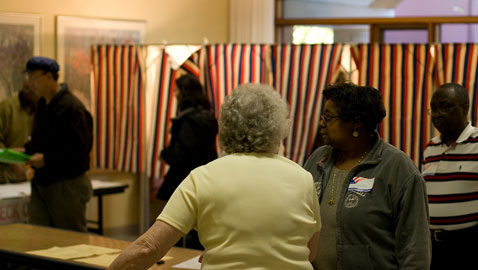 We’re fortunate in Cambridge that we get to rank our candidates for City Council and School Committee rather than cast a zero-sum ballot with a single vote for this person or that. And just as the two-year term we’re in has had its political troughs – long, deep ones, in some cases – this election season has given cause for optimism in the emergence of several solid and promising challengers for public office.

That’s great for a pair of elections that will each bring at least two new faces to nine- and six-member boards, respectively.

But in this game the idea is to act as though we had a kind of zero-sum ballot, and to identify the single-most indispensable challenger and incumbent for each elected body.

Some cuts were easy to make. A bunch of people who made for interesting candidates were eliminated for No. 1 votes if you considered they simply hadn’t been active in municipal life before declaring for office. It’s not unfair to expect some level of engagement on the issues a candidate will be addressing as soon as they make quota on the ballot – especially when a lack of engagement reveals itself as unpreparedness in candidate forums.

And for candidates who had been involved in municipal issues before running, some points came off for those very same steps into the spotlight. Among the lessons this past term should have taught the electorate is that temperament matters. Let’s have councillors who can talk civilly, including to each other.

Finally, involvement in some of the more embarrassing debacles of the past term drew a veto. If you voted for the Boston Properties-Google deal, sorry: That was a litmus test, and the little piece of paper turning red in this case indicates the credulity of a kindergartner being offered candy. If you added to the unwarranted hysteria over four councillors’ vote to hold the school district budget for another meeting, sorry again: That’s the test that shows you played politics, taking the low road to worry people who don’t know better despite the fact you do. (And if you didn’t know what you were talking about but spoke out anyway, that’s not exactly better behavior for someone who files a few months later to run for public office.)

Among the candidates remaining, here are four very good choices for top votes:

Nolan does her homework, and her issues and conclusions are based on data. She also serves as a good counterbalance to other committee members in terms of agenda and debate, which ensures more voices are heard from among the school communities.

Gerber has the training of a lawyer and so much district experience she might as well already be a committee member. Plenty of people came out to express concern over the committee’s Innovation Agenda vote remaking the district’s structure and curriculum, but Gerber didn’t disappear from the conversation after the agenda passed; instead she was instrumental in creating and leading the Citywide School Advisory Group.

Kelley is generally on the right side of issues. Like Nolan on the committee side, having him on the council means better, sharper debate – meaning more incisive, not more insulting – because he asks good questions. His most obvious weakness is that he takes his stands without putting enough effort into actually convincing other councillors he’s right. That’s why it would be helpful if other councillors simply recognized how often he is.

This is a candidate with everything. He’s well spoken, even-tempered, smart and has extensive if not comprehensive knowledge of the literally imminent development issues that will shape Cambridge for the next half-century or longer. Carlone is truly the indispensable candidate – and he comes as part of the Clean Slate, the city’s first political slate in a decade, with other excellent candidates: accomplished, energetic renaissance man Nadeem Mazen and Janneke House, with her exhaustive insider’s knowledge of the city’s small business community and innovation industries.