Seeing profits in imaging, Health Alliance will add $2.1M in upgrades to its budget 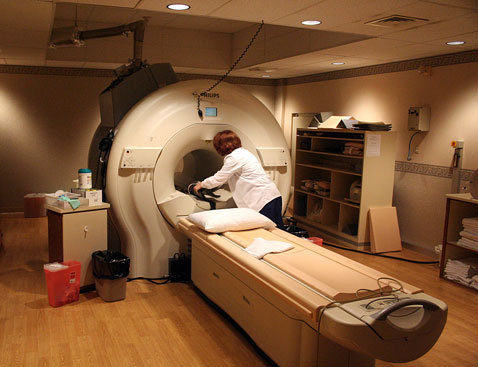 Seeing profits in imaging, Health Alliance will add $2.1M in upgrades to its budget

An MRI is ready for use in Lewiston, Maine. Equipment being used for interventional radiology at Cambridge Health Alliance is at least 22 years old, alliance officials have said. (Photo: The B’s)

Despite budget strictures, Cambridge Health Alliance will spend $2.1 million for new equipment and renovations that will allow doctors at the financially ailing health care system to perform more complicated and potentially lucrative procedures.

Trustees on the alliance board’s finance committee approved the project Tuesday despite misgivings over the expenditure increasing this year’s capital budget of $5 million, set in June. “This is a great idea, but it conflicts with what we said six months ago,” said committee chairman Louis DePasquale, finance director for the city of Cambridge.

“We made a decision that $5 million was enough … We did shortchange the capital budget but we made a strategic decision. If we come up with more of these ideas [for new projects] there has to be some pushback,” DePasquale warned.

Other trustees disagreed. “If I had a great opportunity I wouldn’t have any qualms about taking it,” said Gerald McCue, head of administration and finance for the Chelsea school system.

And alliance Chief Executive Patrick Wardell told the committee: “This is one of what I hope over the next few years will be good opportunities to grow our business.”

A staff presentation to the committee predicted that the expanded service – the health care system now provides a small number of simple procedures – will bring in almost $868,000 in revenue in its first year, rising to $1.4 million in year five. After subtracting expenses such as additional staff and supplies, the alliance would clear about $137, 300 in profit the first year and $363,800 in the fifth year – an operating margin of almost 26 percent in year five, the presentation said. 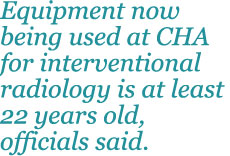 And that doesn’t count revenue from additional MRIs and other imaging procedures that will probably be needed to diagnose and prepare patients for a procedure, or to follow up the treatment, the presentation said.

“This is profitable,” one staff member told the committee. “Radiology is the most profitable line a hospital has.”

The project calls for buying modern imaging and treatment equipment that is used by surgeons and radiologists to treat cancer, liver and kidney problems, blocked blood vessels, infertility and other conditions without surgery. The specialty is called interventional radiology.

Doctors can insert stents to open up vessels through tiny incisions, guided by imaging equipment. They can deliver medicine or other treatments to destroy tumors, or use the imaging equipment to place tubes in a central vein. Alliance officials said the interventional radiology unit could start operating by next fall.

The staff presentation said the goal of the project is to keep patients from going to doctors outside the alliance for specialized care,  offer more complex procedures and support interventional radiologists and vascular surgeons at the alliance. Opening the unit will also free up time in the operating room at Cambridge Hospital, where doctors now must perform some interventional radiology procedures because other space doesn’t meet standards.

The plan calls for spending $1.4 million to buy the equipment and $750,000 to renovate a radiology suite that will house the service at Cambridge Hospital. Some simple procedures will also be done at Whidden Memorial Hospital in Everett;  renovations aren’t necessary there, officials said.

The alliance has been trying to end years of financial losses, restricting spending on equipment and other capital projects. The equipment now being used for interventional radiology is at least 22 years old, officials said.

Interim Chief Financial Officer Robert DeVey recommended using surplus money to buy the new equipment rather than leasing it. The surplus is funds that were held in reserve in case insurers or other bill payers demanded more money; it is no longer needed, alliance spokesman David Cecere said.