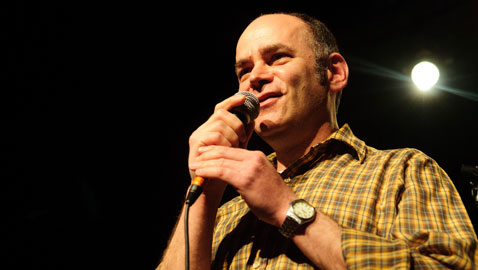 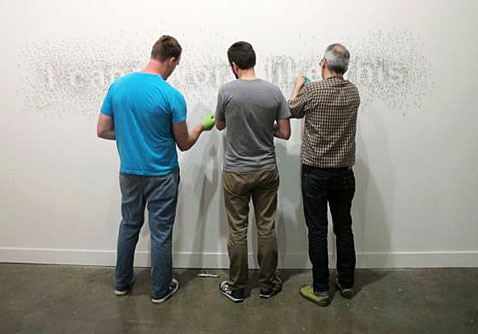 Families can stop into the List art center and explore its newest exhibition, “9 Artists,” to see how contemporary artists make and manipulate text – large or small, simple or ornate – to create dynamic messages in art. Then they can make their own bold, alphabet-inspired artwork. The art making goes for four hours starting at noon, with a family-friendly tour at 2 p.m. and, at 2:30 p.m., a spirited reading of Chris Van Allsburg’s “The Z Was Zapped: A Play in Twenty-Six Acts.” Information is here.

Playwrights in Performance from 8 to 10 p.m. Saturday in the Rehearsal Room at the Massachusetts Institute of Technology’s Kresge Auditorium, 48 Massachusetts Ave. Free.

The annual Playwrights in Performance gives young playwrights attending the Massachusetts Institute of Technology the chance to follow their scripts through the production process and work closely with actors and a director on revisions, while giving actors the chance to work on the creation of roles. This year Alan Brody directs “In Which We Are Bad at Dealing With Our Problems,” by Anna Waldo; “Potential,” by Natalia Guerrero; “Casual Slaughters,” by Neil Fitzgerald; and “Srebrenica,” by George Bailey. Information is here.

Instead of a typical standup set, master comedian and actor Todd Barry – he’s been on FX’s “Louie” and was “Todd” on “Flight of the Conchords” – will entertain and amuse by talking with members of the audience. (He was last here with his crowd work tour in January 2013 at ImprovBoston; this is the final leg of the tour.) Doogie Horner opens, and doors open at 7 p.m.

Amy Kucharik and her band (Greg Toro on bass, Khrysti Smyth on backing vocals, Tim Lewandowski on trombone and Lang Zerner on washboard) performs and premiere their video for “Like a Boss!” from a recently Kickstarted album for some celebratory Mothers Day drinking and dancing. Kucharik specializes in sweet ukulele sounds and sassy lyrics, delivered with a voice and style that recall early jazz and blues performers. Sophia Belle opens.

The Ali McGuirk Get Down are Atwood’s favorites who play breezy and jazzy pop, while So Brown is touring in support of a new record, “Point Legere,” which features a guest appearance from Norah Jones. Transgendered New Yorker So Brown calls the album a love letter to her home state of Alabama that’s “part Gershwin and Muddy Waters, part Johnny Cash and Tom Waits, with some sexy David Bowie androgyny thrown in,” as well as “an almost Faulknerian portrait of the South, alternately sublime and brutal.”