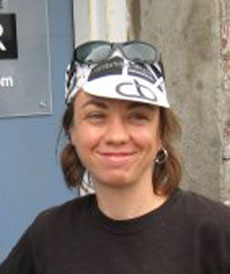 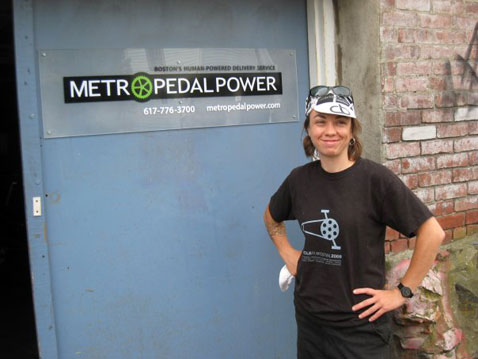 Somerville District Court dismissed a criminal complaint today against a woman who filmed police officers, according to the American Civil Liberties Union of Massachusetts.

Wenzday Jane, the environmental entrepreneur behind the Metro Pedal Power biking business, was charged by police who saw her filming them as they questioned three teenagers June 15 at a playground in Somerville’s Prospect Hill neighborhood, said Jessie Rossman, a staff attorney with the ACLU chapter.

“Essentially, Ms. Jane was criminally charged because she chose to exercise her constitutionally protected right to record the police,” Rossman said.

“The Constitution protects the right to record the police in public,” Williams said.

In Jane’s case, Judge Antoinette Leoney had to turn away a different charge: She had been charged with interfering with the police, the ACLU attorneys said. They argued that the complaint should be dismissed because “interfering with police” is not a crime in Massachusetts and because criminalizing Jane’s behavior would violate the First Amendment, as in the case against Glik.

“We need to prevent police from using other criminal charges as a backdoor to try getting around Glik to ensure that individuals are able to exercise this First Amendment right without fear of arrest,” Williams said.

A message seeking comment and further details was left with Somerville police and Jane today.

We need to encourage more citizens to do what Ms. Jane did. The officer’s decision to detain her, apply for a criminal complaint and request a summons is indicative of a broader, troubling trend in which police continue in a variety of ways to hinder people’s right to record their work in public. This is especially troubling in light of the nationwide controversy over police accountability following events like the choking death by police of Eric Garner in New York, captured on video by a bystander.

Jane is also the star of a short film called “Power to the Pedals,” which calls Jane “a woman whose mechanical skills and innovative actions are reshaping her community.”

This post was updated Dec. 10, 2014, to reflect a correction by Jessie Rossman and the American Civil Liberties Union of Massachusetts: that a Somerville officer made a decision to detain Wenzday Jane, apply for a criminal complaint and request a summons against her, not make an arrest.