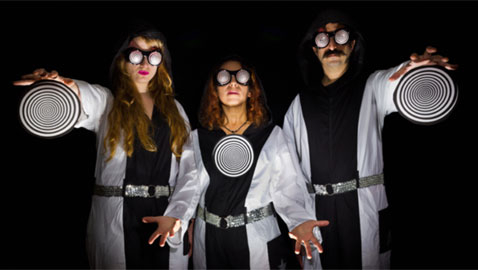 Whatever you’re doing starting at noon Saturday, would it go better with some cheese? Maybe some Neil Diamond, Abba, John Denver, Donny and Marie Osmond, Lionel Richie or Herman’s Hermits? Yeah, that kind of cheese – what Massachusetts Institute of Technology independent radio personalities Lisa, Sue and Nancy explain as “all the songs that people vociferously hate but secretly know all the words to … the songs we grew up with; overorchestrated. overwrought, oversynthed, over the top.” This has been a tradition at the station since 1990, varying over the years from two hours to 24, but this year the three DJs are squeezing all the best of the worst into a compact 13 hours.

“Not Just a Nut: The Essential Bill Murray” film series Saturday and Sunday at The Brattle Theatre, 40 Brattle St., Harvard Square. Tickets are $7 or $8, or $10 or $12 for a double feature.

The beloved Bill Murray – who these days is more akin to personality laureate of the United States, appearing at whim in films and people’s parties, weddings and sight-seeing stories – gets a dozen-film retrospective running through Wednesday, but the four showing this weekend play like a short-form history of the actor: In Saturday’s “Caddyshack” (1980) he’s a wacky supporting character, while the instant classic “Groundhog Day” (1993) serves as a breakthrough to wistfully funny leading man; Sunday brings “Rushmore” (1998), the Wes Anderson film that brought Murray’s status as an actor to new, critically revered heights; and “The Life Aquatic with Steve Zissou” (2004), in which Murray pushes boundaries and clearly starts to enjoy his right to be difficult. Information is here.

Eve Ensler interviewed local freegans and Dumpster divers to fill in the background of this new comedy, an exploration of consumption and politics that asks, “How are we to survive as a species if we insist on destroying the world we love?” The play follows a young woman doing just fine squatting in an abandoned apartment when her mother comes, asking for help or at least compliance with her candidacy for the U.S. Senate. In the play’s description, “Mother and daughter wrestle with the inconvenient truths at the heart of consumer culture, tossed between political compromise and ‘obsessive political correctness.’” Information is here.

Old School Game Show is usually just an interactive alt-trivia variety program where you get a chance to compete in a game with “elements of pub trivia, variety specials and comedy sketches.” In this case, in a show that benefits Last Hope K9 Rescue, it emphasizes the “variety special” aspect, with live music from Darling Pet Munkee, Endation and The Easy Reasons and comedy from Sam Ike, Conor Allen, Kaitlin Buckley, Kenice Mobley and headliner Josh Gondelman, a writer for “Last Week Tonight with John Oliver.”And there are still prizes. Information is here. 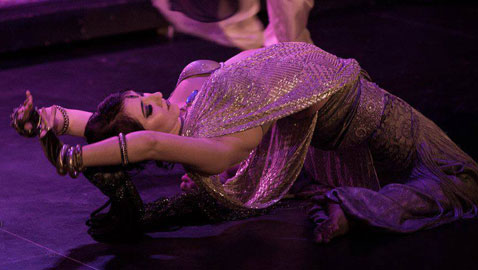 Café Raqs bellydance and tribal dance from 7 to 9 p.m. Sunday at The Center for Arts at the Armory, 191 Highland Ave., Somerville. There is a suggested donation of $5.

This monthly bellydance and tribal dance event takes to the stage with artists of all levels representing multiple styles. Some of New England’s favorite and most well-known dancers appear, as well as up-and-comers, and coffee, wine, tea and other cafe are available. Information is here.